Looking at the Intertwining of Witchcraft Practice and the LGBTQ+ Community

The word “witch” is often thrown around as an insult and brings to mind the image of an evil woman riding on a broomstick. In reality, people who practice witchcraft don’t fit into one specific category and express themselves the way they desire. People of all genders, ages, sexualities, races, and backgrounds are welcome in the witchcraft community. Although witchcraft is an accepting practice where anyone is welcome, a majority of witches are queer. To understand why the LGBTQ+ community is so closely tied to the study of witchcraft, it is important to look at the history behind witchcraft as a whole.

The most widely-known instance of witchcraft is the Salem Witch Trials, which began in 1692. At this time in colonial Massachusetts, there was a strain on resources and a discomfort in the people of Salem Village regarding the village’s first ordained minister, Reverend Samuel Parris. According to Jess Blumberg for Smithsonian Magazine, the Reverend’s daughter and niece both began having fits of “hysteria,” sending the villagers into a spiral. These girls were pressured by the magistrates to put the blame on someone, which ended up being three women in the village. While two of the women claimed innocence, one of them confessed that there were several witches who were looking to destroy the Puritans. As a result, all three women were thrown in jail, and a panic grew throughout the village. Paranoia led to accusations, which eventually led to nineteen people being hanged on Gallows Hill, as well as the many who had died in jail and the hundreds who had been accused of practicing witchcraft.

It is crucial to note that almost all of these accusations and threats were aimed towards women and other minorities. The paranoia that washed over Salem Village was inspired by hatred and discrimination. The witch hunt of 1692 was an excuse to persecute all those who were powerless – women, the poor, the elderly, and others. 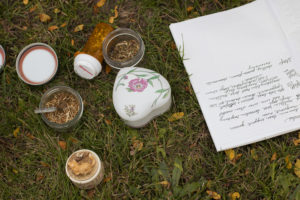 Now, what does this all have to do with the LGBTQ+ community intersecting with witchcraft today? Witchcraft has historically been used to target oppressed groups and is now very accepting of minority groups for this reason. Those in the LGBTQ+ community are drawn to witchcraft because it empowers those who are marginalized, emphasizing the importance of expressionism and acceptance. Witchcraft is often more welcoming than traditional religions, as it invites all genders and sexualities to take part in the spiritual practice.

“Witchcraft has greatly helped me grow into my sexuality and gender identity and it helps give me strength to be as open and as loud as I am,” says V Moore, a first-year theater studies major at Kent State and a member of the Black Squirrel Witchcraft Society. “I use my practice to help me become more confident and help try to shape my environment to be more healthy for me.”

Faith Portzer, a second-year psychology major who identifies as a lesbian demigirl and is also a part of the Black Squirrel Witchcraft Society, explores this idea further, “ I feel that I connect more with goddesses who have their feminine vibes[….] I still have yet to decipher whether that is my personality at play, my gender and sexual identity at play, or just all of them.” The amazing thing about witchcraft is that it is a safe place to explore the possibilities of gender and sexuality without worrying about being judged.

It is not uncommon for those who practice witchcraft to come from a religious background. Other religions, such as Christianity, may see someone’s gender or sexual identity as sinful, but the witchcraft society embraces it. Chris Wood, a third-year biology major at Kent State and another member of the Black Squirrel Witchcraft Society who identifies as a gay trans man explains, “The topic of belief has been a really complicated one for me throughout my life. I don’t have a great history with organized religion, so most of my beliefs are very personally influenced and I have been slowly building my own system.” He is not the only one who has wrestled with a religious background and turned to witchcraft in response. Moore adds to this saying, “ I wouldn’t really consider my practice a religion or a religious practice, but I understand where that comes from. I also have heavily distanced myself from religion in general due to personal bad experiences with the church.”

According to the Salem Witch Museum, a study comparing religious backgrounds to sexual identity was conducted by the Pew Research Center, a nonpartisan think tank that provides information on social issues and demographic trends. This study “reported that lesbian, gay, and bisexual people are twice as likely to be a part of non-Christian faith communities.” It is not necessary to identify as Wiccan, or with any other religious beliefs, in order to practice witchcraft. This appeals to many witches who have been shunned by their former religious communities. 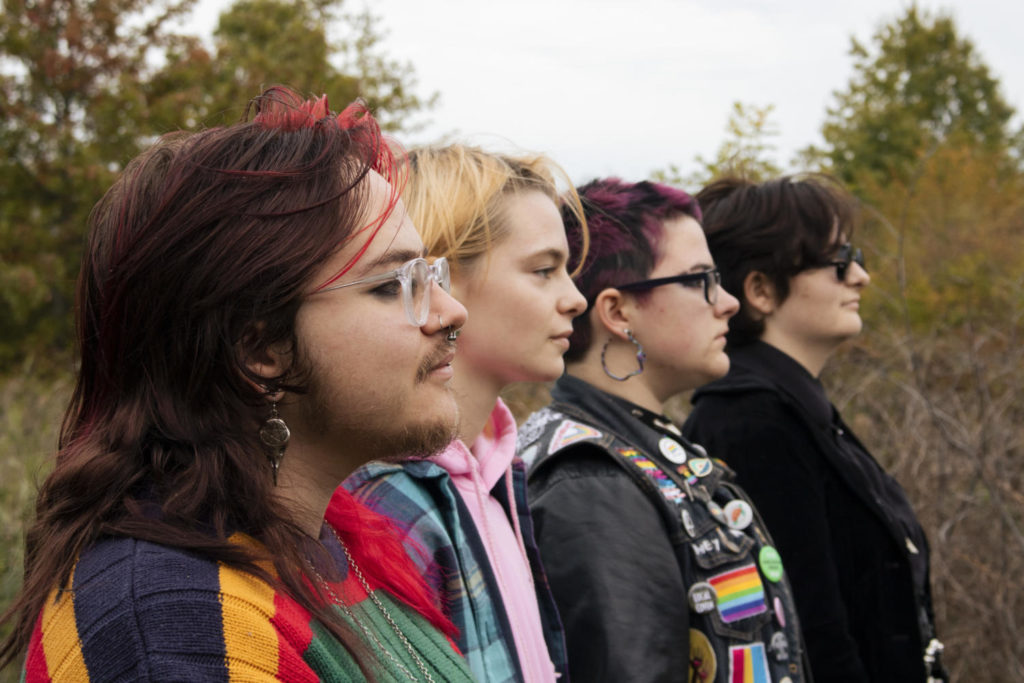 Witchcraft also brings a lot of freedom for practitioners. There are not as many rules and restrictions as there are in traditional religions. Many practices can be personalized to fit the individual. This individualized view on spirituality means that no one has to live under the same rules, which consequently brings the community closer together. For example, the idea of a coven, after being raised in such exclusive religions, is attractive to many. Covens, or tight-knit groups of people who practice witchcraft together, can be spaces for those practicing to be vulnerable and honest with each other without worrying about “breaking the rules.”

Zozo Turk, an agender first-year fashion design major at Kent State and part of the Black Squirrel Witchcraft Society explains that, “I started doing witchcraft because it’s very individualized, and there aren’t certain rules to follow, certain figures to believe in, nor certain practices to do. I come from a Catholic school, so it’s a lot different than having the 10 commandments, the beatitudes, weekly church, etc.”

Wood also supplements this idea by saying, “I love that I’m able to make my practice entirely my own. Having grown up in a religious environment where I was told what to believe, how to believe it, and what steps exactly I needed to take in order to be spiritually pure, it’s incredibly liberating to be able to build my own beliefs from scratch.”

Even though a witchcraft practitioner is not likely to get burned at the stake in today’s day and age, there is still a stigma behind witchcraft. Traditional religions still believe that witchcraft is fueled by the Devil or Satan, made to injure or kill others. Obviously, this is not the case. Witchcraft is a space for anyone and everyone to be their authentic selves, without hiding any piece of their personalities.

Written By
Alyssa Coyle
More from Alyssa Coyle
The world looks different through everyone’s eyes – and so do people....
Read More