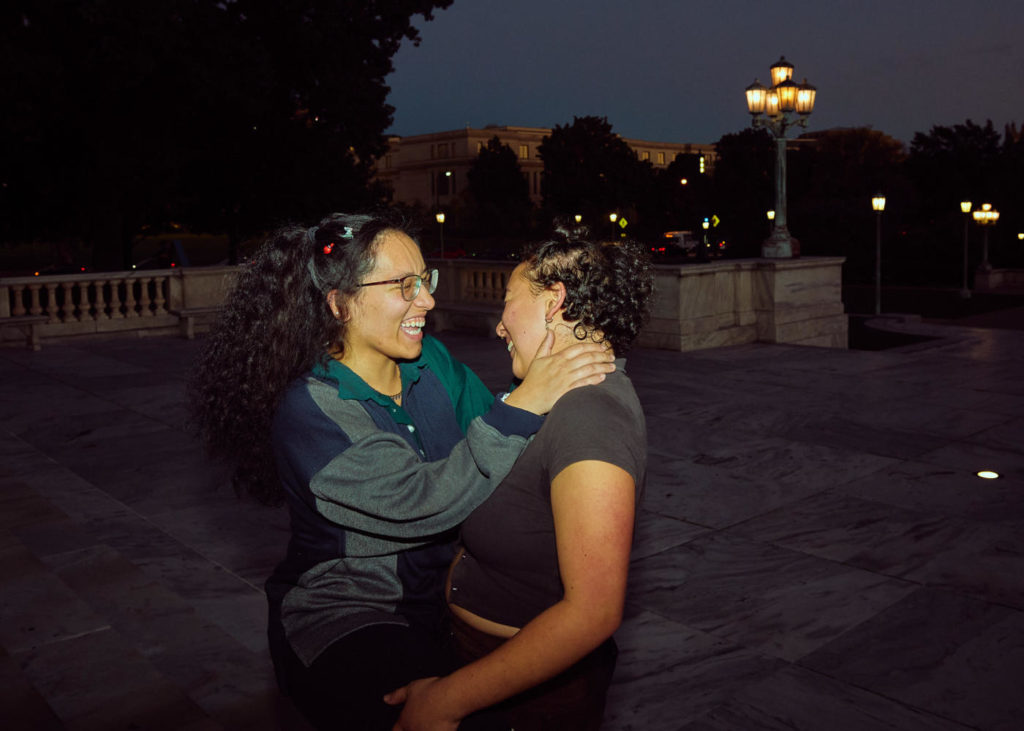 It is unlikely to see a queer Asian American portrayed on screen but when this happens I find myself holding my breath waiting for a shallowly written character. This underbaked representation typically makes me uncomfortable, and this discomfort is usually not unfounded. Most movies and shows are white-centric. Stories are written, produced and advertised for white people. The experiences and accomplishments of diverse individuals are appropriated or not taught in their entirety. This emphasis is reflected in mainstream medias, so for a queer Asian American girl, the chances I see someone who is like me when I press play is very low.

I am, however, very accustomed to the story of a tall white guy getting the skinny white girl against all odds. In fact, I would say that I am so accustomed to it that I find myself terribly bored. I am not the only one with this problem. I had a chat with four queer people of color, all in their early adulthood, to learn more about their thoughts on diverse romances, on and off the screen.

Mary Coulter, a genderfree Korean-American from rural Pennsylvania, holds similar feelings in regards to queer people of color (POC). They say, “I just want more… I know it’s not realistic to want the media’s queer relationships to end happily ever after, but it would be nice to see queer couples happy for more than five minutes.”

Kahlid Mitcham, a Black Kent State photojournalism student and former photographer for Fusion, has felt a recent shift in the priority of accurate representation in media. Seeing a switch that not only includes POC, but one that also gives diverse individuals a platform. “Instead of simply speaking for POC, we are given the opportunity to speak on our own experiences inside and outside of the community and branch out,” Mitcham says, “offering a space for other LGBTQIA+ POC.”

The space that is gradually being created for LGBTQ+ POC is greatly welcomed. Many of us can admit to high hopes for representation in movies, books, and shows. Even though there are more POC portrayals now in comparison to past decades, it’s not always good representations. LGBTQ+ POC characters often have storylines that end sadly, not always tragic, but not necessarily happy.

Reegan Saunders, a Black journalism student at Kent State, expressed that they would like to see a happy ending for queer POC. “I want them to be portrayed as complicated, but also I think it is important to show the positive parts of a relationship,” says Saunders, “I feel like queer relationships in the media never have happy endings, and I would like that for once.”

Sharing the meaningful things about your culture can be fun when your partner(s) are open to sharing experiences. Emily Lian, a Burmese/Puerto Rican theater enthusiast, has an optimistic approach when entering a relationship. “I’d say learning about their culture and being exposed to things I’ve never been exposed to before has been a pretty cool experience,” Lian says, “It’s great to be with someone who is from the same background because we can relate on a lot of things but loving someone different and getting to learn from that in that is such a unique experience.” 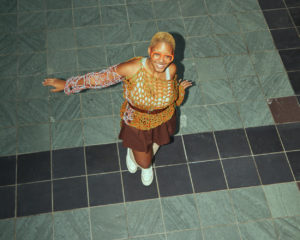 Mitcham explains that, “There are conversations that are had in interracial relationships that don’t occur in other kinds of relationships such as racism, micro-aggressions, textures, cultural traditions, and others.” These conversations are important to have so that all individuals involved in the relationship can have an understanding of one another and facilitate respect and trust.

Coulter explains that, “All of my relationships have been interracial but sometimes I don’t count dating white people as an interracial relationship. I am half-white and was raised in a fairly white household and community, and so far the people I’ve dated have all been white.” Coulter describes a story about their ex-partner, “I was talking about being Korean and he said ‘wait I thought you were Asian?’ That statement made me realize that the only thing important to me in a relationship when it comes to race is respectfulness and willingness to learn.”

When your partner uses a derogatory comment on race, it is shocking. Racist words coming out of your partner’s mouth hurts significantly; it makes you question your entire relationship with that individual. Saunders explains that, “I tend to hold white people to a bit of a higher standard. I’m willing to talk about the nuances of my existence as a Black person walking around in this world, but I don’t have time to teach a course on racism in America. And in general, I have a zero tolerance policy on racism — there’s no three-strike rule for that.” 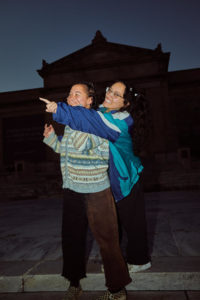 While race and culture may add a new aspect to relationships, fostering a healthy interconnection boils down the same regardless of the involvement of race. Within all relationships there are core characteristics that build a stable environment for both individuals to flourish in. These include trust, communication, and compassion.

“In my opinion communication and compassion are the keys to a stable and successful relationship, we all have wants and needs and those need to be expressed in order to feel fulfilled by a relationship,” explains Lian, “Oftentimes, fights could have been avoided if they just spoke their mind. On the other hand, if there is a fight, having compassion and, by extension, understanding for your partner, not only facilitates forgiveness but it also gives you the opportunity to learn for next time.”

If your relationship is built on looks or sex it is likely a shallow relationship that will not last long. An interracial relationship needs a more solid foundation to flourish. “It’s definitely cliche but I have never seen a relationship that is based on secrets and dishonesty last or thrive in any way,” shares Mitcham, “There also has to be a strong sense of trust in the relationship or else the smallest inkling of suspicion could completely topple it.”

Relationships that begin without trust and authenticity are more difficult to transform into a deeper meaningful connection. When looking for a partner, race should not be a determining factor in deciding romantic involvement. Alternately, knowing what you need from a partner is more likely to point you in the right direction. “In a partner, I look for someone who I feel comfortable communicating with about all aspects of my life. Trust is a big part of that,” Saunders explains, “The glue in a relationship is communication, and that is the hardest part. I think all people in a relationship need to be working on themselves and working on the relationship.” Recognizing where you have flaws and communicating that with your partner(s) strengthens the trust that you are building with them. 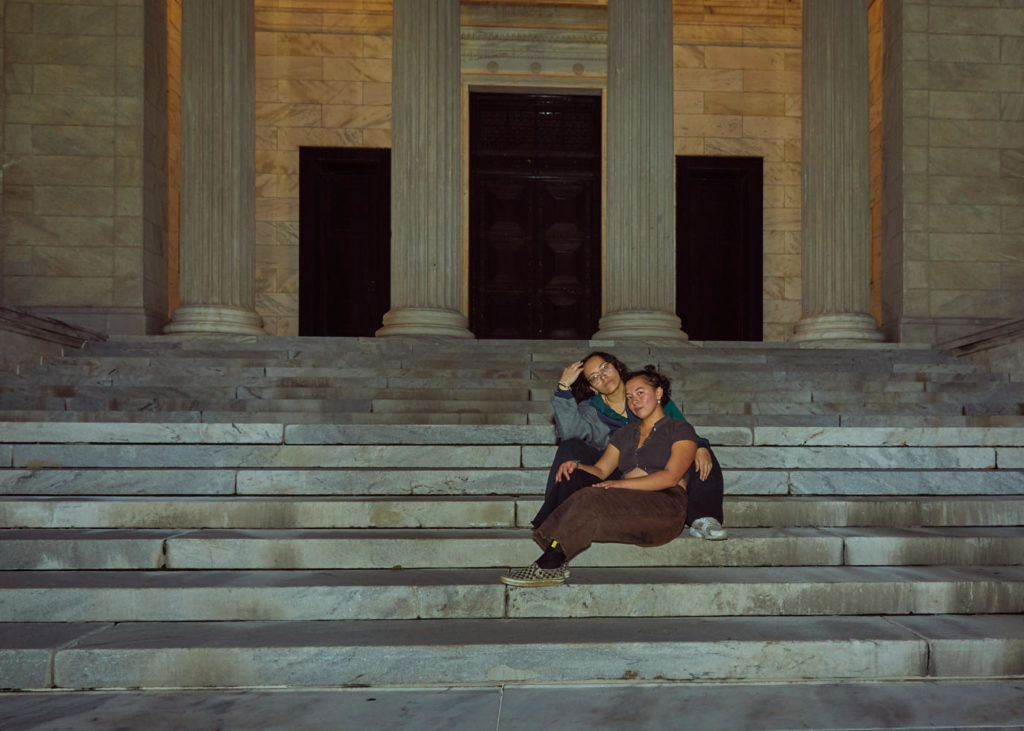 0 replies on “When Worlds Collide”