If you’ve had a #friend (or family member) recently tell you that he or she is #transgender, you might not know what that 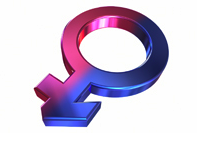 means exactly, and I’m sure you have a lot of questions surrounding the issue. In #honor of today, Transgender Day of Remembrance, here’s a step-by-step list detailing how you can #respect a transgender friend who’s come out to you as his or her preferred gender identity. It will help answer those awkward questions you don’t want to ask, and most importantly, it will keep you two from experiencing a dreaded falling-out.

When your transgender friend tells you about his or her preferred identity, the first thing you need to do is say thank you. Your friend told you because they trust you won’t react in a hurtful manner, so the greatest appreciation is a loving thank you– and a big hug! Everybody loves hugs.

2. Watch What You Say

From here on out, you’re going to have watch what you say about your friend’s gender identity. It’s so easy to offend a transgender person by calling them by the gender they’ve transitioned from. When you refer to their past, simply omit gender references. For example, instead of saying “when you were a guy” refer to the actual year, time or place: “Remember in 2010 when…” or “when you were a kid…” works just fine. This takes practice, but we know you can do it!

3. Don’t be afraid to ask questions

The greatest fear many friends and family of transgender people have is that they’ll say the wrong thing. Alleviate this fear by having a conversation about what your transgender friend (or family member) prefers. You can ask him or her anything. After all, your friend has trusted you with their transgender exposure, so you should ask about anything that confuses you. Your transgender friend will not be offended from your curiosity.

Just because you took a class in which you learned about transgender theories or experiences, that doesn’t mean all of  the theories or experiences apply to your friend. There are many different ways in which differences in gender identity are expressed. The idea of being “trapped in a man/woman’s body,” the belief that trans women are hyperfeminine/trans men are hypermasculine, and the belief that all trans people will seek hormones and surgery are all stereotypes that apply to some transgender people and not to others. As stated in step 3, ask questions.

This might sound like a no-brainer, but it might be the hardest step on this list. Just because your friend is transgender, that doesn’t mean you need to pay extra attention to them– unless, of course, he or she is your best friend, companion 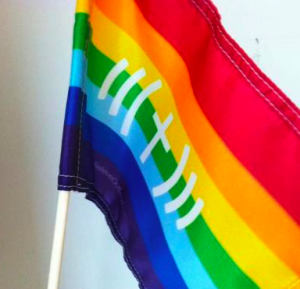 or partner. After you know what’s going on, just make sure you’re not going overboard with acceptance language and new-found transgender advocacy. Transgender people might love the added attention– who wouldn’t? But the love can seem like anything but authentic if it’s shown more than it was before.

We sometimes forget about that T at the end of LGBT, but transgender people need the love just as much as anyone else!  We hope this list helps you in your coming out journey with a transgender friend or family member. If you have any other tips or experiences you think need shared, take it away in the comments section!

On Sunday, senior adviser to President Trump, Kellyanne Conway, argued with Meet the Press anchor, Chuck Todd about whether demonstrably incorrect statements made by White…