On September 10, 2016, The Wolstein Center in Cleveland, Ohio played host to All Access Cleveland, a musical event in support of abortion rights. As stated on All Access’ website, “All Access isn’t just a concert, it’s a powerful cultural event that unites people of all ages, racial and gender identities to expand our access to abortion and celebrate our collective power.”

All Access Cleveland brought in celebrities such as Leslie Jones and Sia. They also featured representatives from the American Civil Liberties Union, National Abortion Rights Action League (NARAL), Planned Parenthood and other groups. Entertainers and advocates both helped inform and educate the thousands of people attending the event. 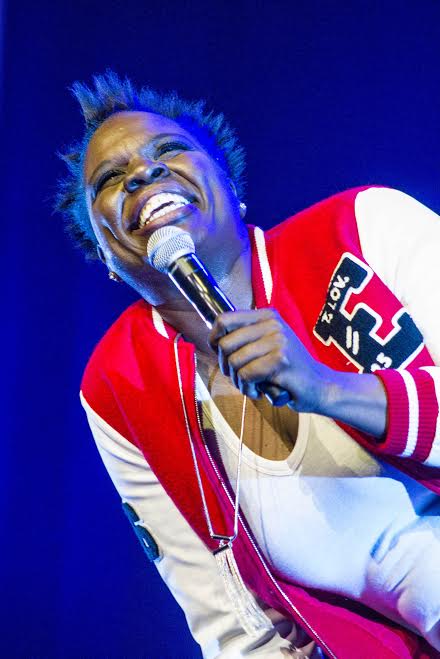 Leslie Jones brought her brand of comedy to All Access, sharing stories of her dating life and the pitfalls of texting men whom Jones referred to as “booty calls.”  Jones also told the story of her failed meeting with Prince at an event in 1994. She had decided to wear a ponytail extension that night. She thought she would do a helicopter with the ponytail to impress Prince.

The end result was Prince looking at her with a horrified expression.  Turns out, her ponytail flew off her head and landed on the other side of the velvet rope. Jones recalled asking Prince’s bodyguard to give her extension back; the bodyguard asked her which one of the many on the floor was hers.

The main draw for the crowd in attendance was Sia, who closed out All Access. The Australian-born singer and songwriter is known for never showing her face in performances. Her performance brought the house down. Sia sang her hits “Cheap Thrills” and “Chandelier” while her dancers did choreographed interpretive dancing. Sia also performed two songs from her current album, “This is Acting,” that reinforced the themes of the event. The songs, “Bird Set Free” and “Unstoppable” focus on self-empowerment and giving a voice to those who are afraid to speak up. 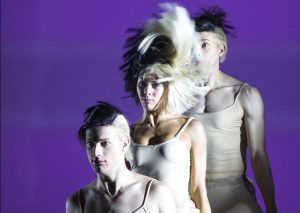 Throughout the evening, people who had an abortion shared their stories.  Each story offered a different perspective on abortion.  One striking story was about Jack, a transgender non-binary person.  Jack had an abortion when they were 20.  Their whole experience was isolating, from the paperwork to how the clinic workers kept referring to Jack as “ma’am”, “she” or “miss.”  Jack said that it was “tough enough without having to navigate misgendering. 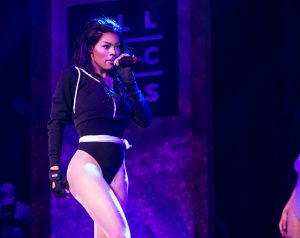 Singer Teyana Taylor brings the heat to All Access Cleveland on Saturday, September 10, 2016.

Though they may seem unrelated, Jack’s story illustrates how abortion rights and #LGBTQ rights interconnect.

“It was like being slapped in the face every two seconds.”  Jack suggests that clinics use gender-neutral language to make the visit more inviting and easier for marginalized communities.

by Kelli #Fitzpatrick Elyzabeth #Holford is leading a brand-new #marriage equality education campaign, Why Marriage Matters #Ohio, which was announced in September. But that’s…