A proud advocate for the #transgender community passed away on Sept. 22. Susan Davis, 85, was a widely known and revered transgender activist in Akron.

Born in Canton, Susan – or “Suzie” to friends – didn’t come out until her late 60s, according to longtime friend Jake Nash who met Suzie at a support group at the Akron #LGBTQ Center in 2004. Jake, also a transgender activist, did panels with Suzie to spread awareness and information about the transgender community.

Suzie transitioned at 70 and has been a fierce advocate for the community since. She participated in diversity training with the Akron Police Department and spoke at #Kent State. At their panels, Suzie, along with Jake and others within the community, spoke about what it means to be trans, their own personal stories and understanding of different terminology.

To know Suzie was to be brightened by her. 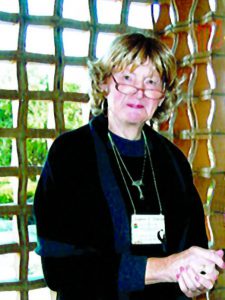 “[Suzie was] such a joy to be around because she had a love for life and a passion to tell her story,” said Nash. Suzie didn’t shy away from the story of her transition, instead she was “a very proud person” who was proud of the woman she had become.

On top of her work for the LGBTQ community, Suzie was an active member of the Unitarian Universalist Church of Akron. According to their website, Suzie was the ride share coordinator for their community. Suzie was a leader on the Akron Area Interfaith Council and a founder of the Summit County chapter of the Interfaith Hospitality Network – now known as Family Promise of Summit County.

A memorial service for Suzie will be held Oct. 9 at the Unitarian Universalist Church of Akron. Reverend Tim Temerson, who knew Suzie well, will be officiating the service. According to a post on Suzie’s Facebook page, service attendees are asked to wear something pink, Suzie’s favorite color, in her honor.

The 2016 presidential election is right around the corner, so voters on either side of the aisle are looking to their respective candidates to…