Tonight, Akron became the 17th city in Ohio to pass a local ordinance prohibiting discrimination against #LGBTQ people. It passed with a unanimous vote from Akron’s city council.

For months, activists worked with Equality Ohio, a statewide advocacy nonprofit, on the non-discrimination campaign. They called the campaign and the ordinance ‘Akron United.’ The ordinance disallows Akron businesses, landlords, government facilities and other institutions from discriminating against LGBTQ people in housing, employment and public accommodations.

Akron’s LGBTQ community and allies are celebrating the news. 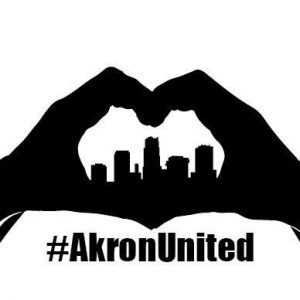 “I think this development shows what activism can do, not just in getting progressive leadership in office but also how communities can work to prove the strength of local politics. This ordinance is another chapter in the story of the potential that federalism still provides us even when national politics may seem bleak. During such times, it’s important that localities take the initiative in elections and on the streets to get leadership that will protect our communities from discrimination,” said Justin Taylor, a #Kent State political science student and Akron resident.

Akron resident, Michelle Galloway plans to earn a degree in social work so she can help the LGBTQ community. She agreed that the non-discrimination ordinance is a success.

“As an ally for the LGBTQ community, I am elated of the news of Akron passing non-discrimination protection for the community. We all have the freedom to be our true, authentic selves, and love who our hearts wish to love, without being told it is somehow wrong. We are not supposed to judge others in the paths they choose, but to love all human beings no matter what,” said Galloway.

Last week, Akron Mayor Dan Horrigan presented the ordinance to the public. He explained that it bolsters Akron’s status as a Welcoming City, which means that Akron welcomes immigrants. Horrigan also detailed how a local civil rights commission will be created to mediate disputes and enforce the law. 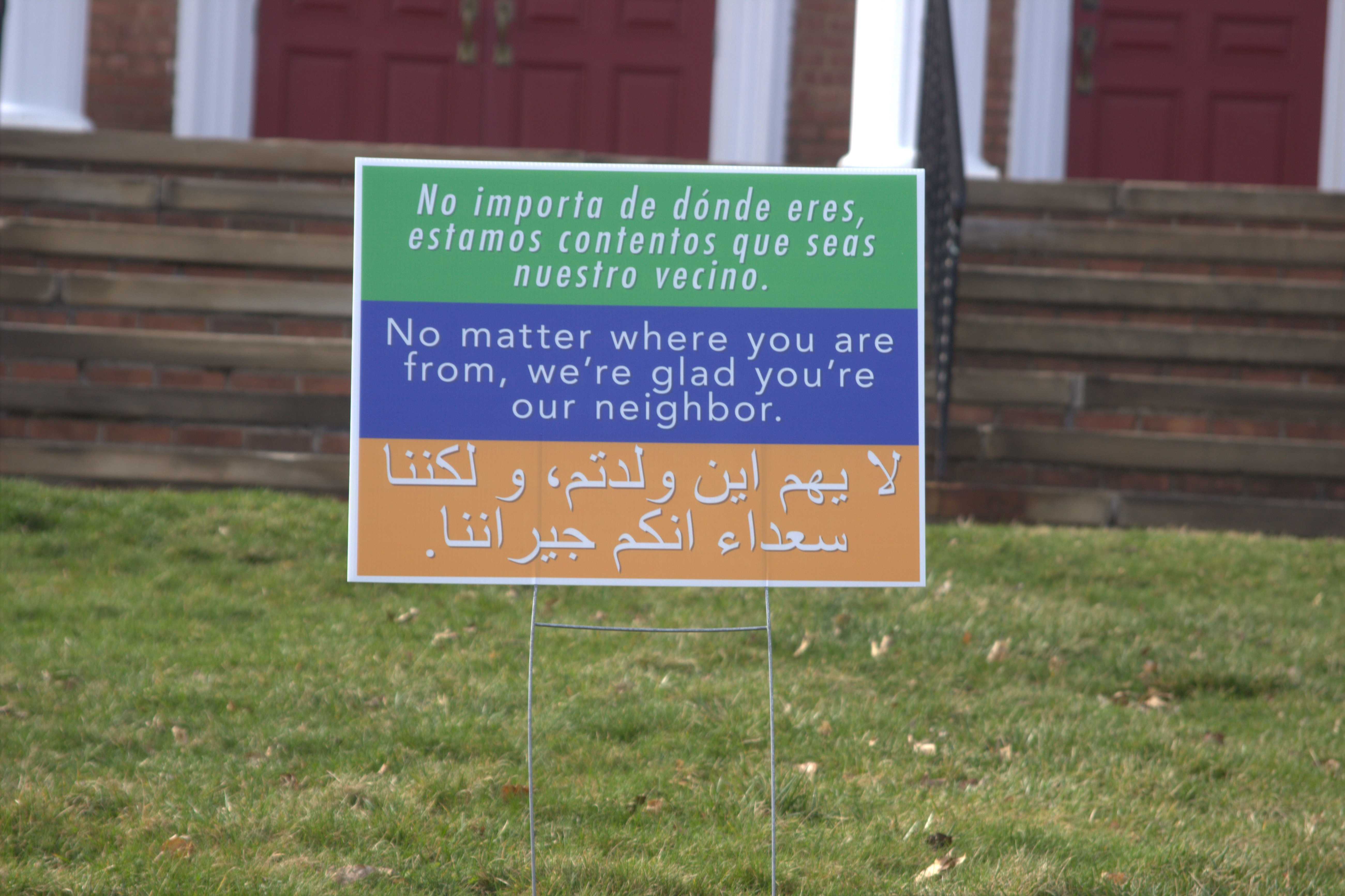 Sign in front of the Christian Reformed Church, in Highland Square, Akron.

“I’m really proud of my city for designating itself a ‘Welcoming’ city for immigrants. It’s encouraging to see that our community is countering the strong anti-immigrant policies that are being proposed by our government and in other communities around the country, which I think, frankly, are un-American. And I really like the idea of the Akron United ordinance. The commission idea sounds like an excellent way of dealing with discrimination cases in a timely and fair manner, and keeping these issues in the forefront, so that they are not swept under the rug or buried under piles of paperwork and legalities. Any Akronite who has ever felt threatened for being ‘different,’ whether they are members of the LGBTQ community or have come to this country to create a better life for themselves and their families, should feel a little bit safer and more welcome tonight. Definitely a step in the right direction.”

Some attribute the beginning of the queer liberation movement to transgender people of color. Currently, there are places that are not made with…