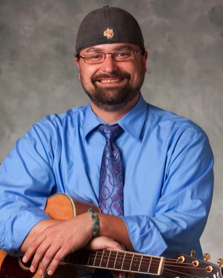 “My name is #Mike Moroski and I like people.” – Mike

On Monday, February 4th, The Archdiocese of Cincinnati gave Mike Moroski an ultimatum: To take down his blog post entitled Choose Your Battles affirming #marriage equality and sign a number of documents ensuring he’d never speak out again on the subject– or, lose his job at Purcell Marian High School.

Mike decided to keep his post active and replied with this statement:

“After much deliberation with my wife, family, trusted clergy, professionals from all walks of life and my own meditative silence, I decided not to take the post down, nor to recant my position that “I unabashedly believe gay people SHOULD be allowed to marry.”

Mike’s Choose Your Battles blog entry goes on to say, “Love of hurting others is where I draw the line – whether sexually, emotionally, physically, mentally – I do not accept the love of hurt.”

An online petition is now active on #change.org to help convince the Archdiocese of Cincinnati to reinstate Mike’s job. On the #petition, which has already received more than 4,000 signatures and climbing, one of Mike’s former students, #Fabian Applebee, speaks out.

“As a sophomore at Purcell Marian, I can’t stand idly by while the Archdiocese terminates Mr. Moroski, for such a trivial reason,” Fabian says. “So what if he isn’t exactly in line with the Catholic Church? The church has been wrong before. Galieo was placed under house arrest by the church, simply because he thought the earth was revolving around the sun. Don’t make that mistake again, allow Mr. Moroski to come back!”

Mike posted to his blog that on Friday, February 8th, he found himself still on administrative leave with a pending termination by the Archdiocese of Cincinnati for his public support of marriage equality.

“As I stated a few weeks ago, you gotta ‘choose your battles,'” Mike says. “I did not pick this one, but it picked me, and, after a week of discernment, I have decided that I will gladly accept it.”

#Sappho Says is an advice column for the #LGBTQ community where your voice matters and your words hold power. The first question will be…