Since it is Banned Books Week, many people are drawing their attention to pieces of literature which have been challenged or outright banned by certain institutions for one reason or another.  But even if a book has been labeled “banned,” most people are free to read it regardless.

But reading certain books is harder or impossible for some, such as incarcerated people. While whistleblower Chelsea Manning was incarcerated at Fort Leavenworth men’s military prison, she was prohibited from reading certain literature. Manning, a trans woman arrested in 2012 for publicizing government documents, was sent letters, books and magazines from her friends and supporters. Although some prisons permit inmates to access a library, over 20 books and magazines were confiscated from Manning’s cell.

In recognition of Banned Books Week, here’s the list:

Confiscating reading material wasn’t the only way the prison attempted to detach Manning from her LGBTQ identity. While incarcerated, Manning was prohibited from growing her hair out and her lawyers had to fight for her access to medical care.

In all, 22 pieces of literature were confiscated from Manning’s cell.  No reason was given other than that the books were “prohibited property.” 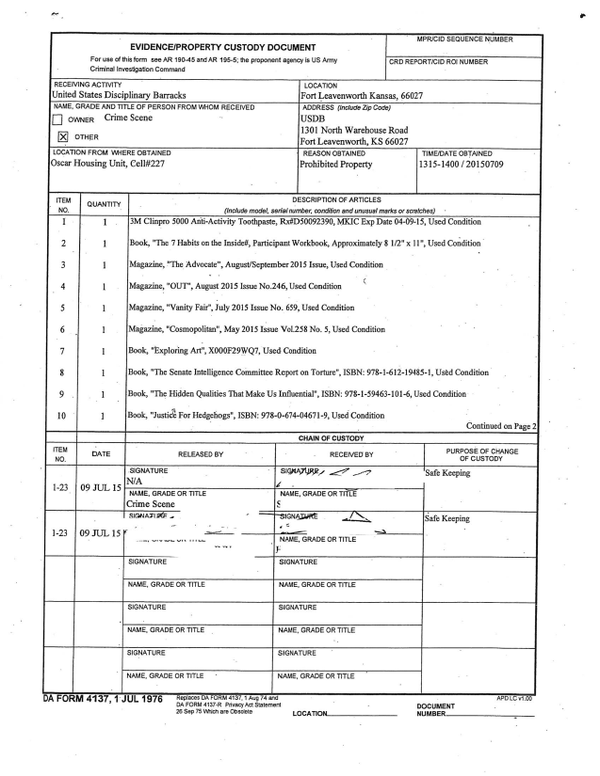 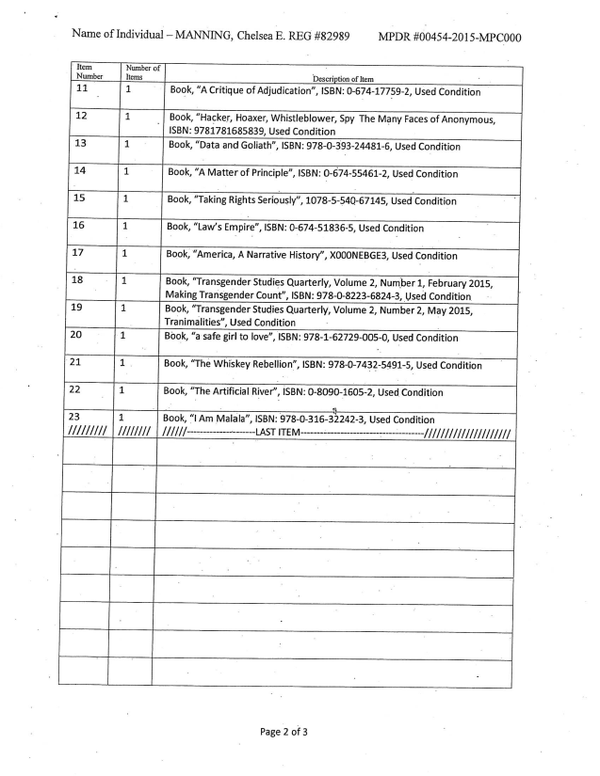