Amanda and Jessie Leu’s story isn’t a conventional love story. On August 5, the pair celebrated their wedding with a small party of family and close friends in #Kent State’s Ballroom balcony.

Amanda Leu is the Academic Diversity Outreach Coordinator for the College of Communication and Information. She and Jessie met at Kent State in 2013 where they both played rugby.

While this was the women’s official celebration, they had actually tied the knot almost four years prior. In December of 2013, after a considerably short relationship – the pair met in August and began their relationship officially in November – Amanda and Jessie decided to run off to New York together and get married.

“We didn’t take anyone,” Amanda recalled of the trip. “We met random people there and had them be our witnesses.”

At the time, Jessie was a freshman at Kent State and Amanda was in her first year of grad school. The marriage wasn’t yet legal in Ohio, which prompted the trip to New York where they married and, due to a lack of funds, drove back to Ohio the same day. 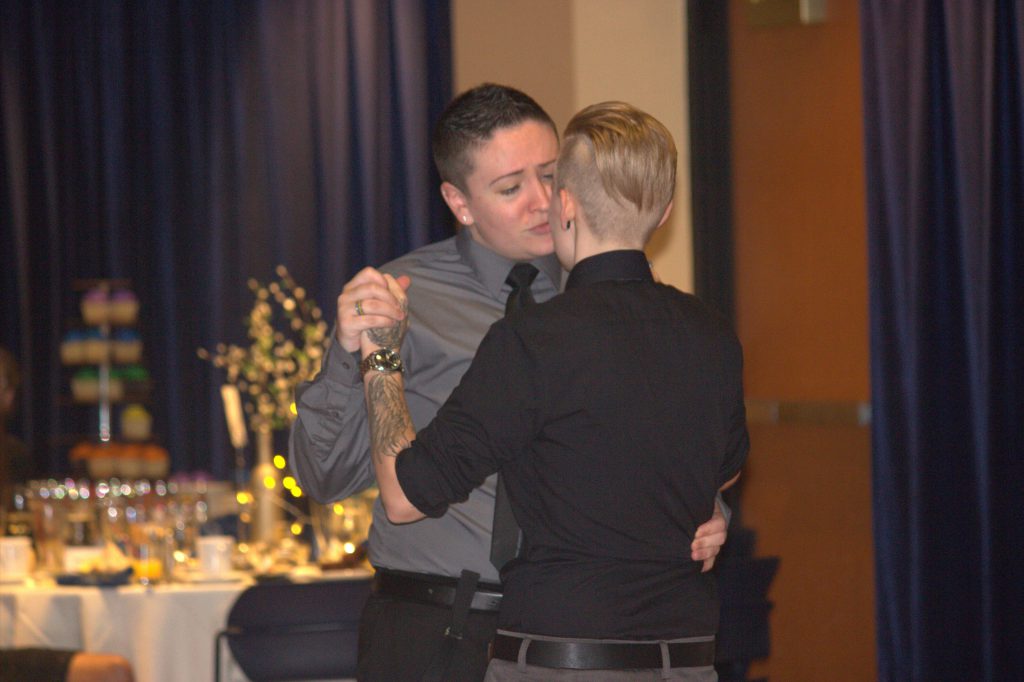 The Leus share their first dance as a married couple. Photo by Ella Abbott.

Jeanne said that, upon finding out, the families were supportive of their daughters’ decision.

Amanda and Jessie had told some close friends about their plans before they left for New York. Jessie’s best friend, Justice Shannon, was one of those friends.

“She’s been my best friend since eighth grade,” Justice said. “I think I was the first to know that they were going to get married, but I had to keep it on the low.”

Jeanne praised the women’s career-driven attitudes and ability to budget and save money. At the ceremony, a table was set up with multiple games for the guests to participate in and a small replica house for gifts labeled “First House Fund.” The brides requested donations towards their fund rather than gifts.

“We’re finally in a position where we can afford to have a celebration and do all the fun things,” Amanda and Jessie explained. “Better late than never.” 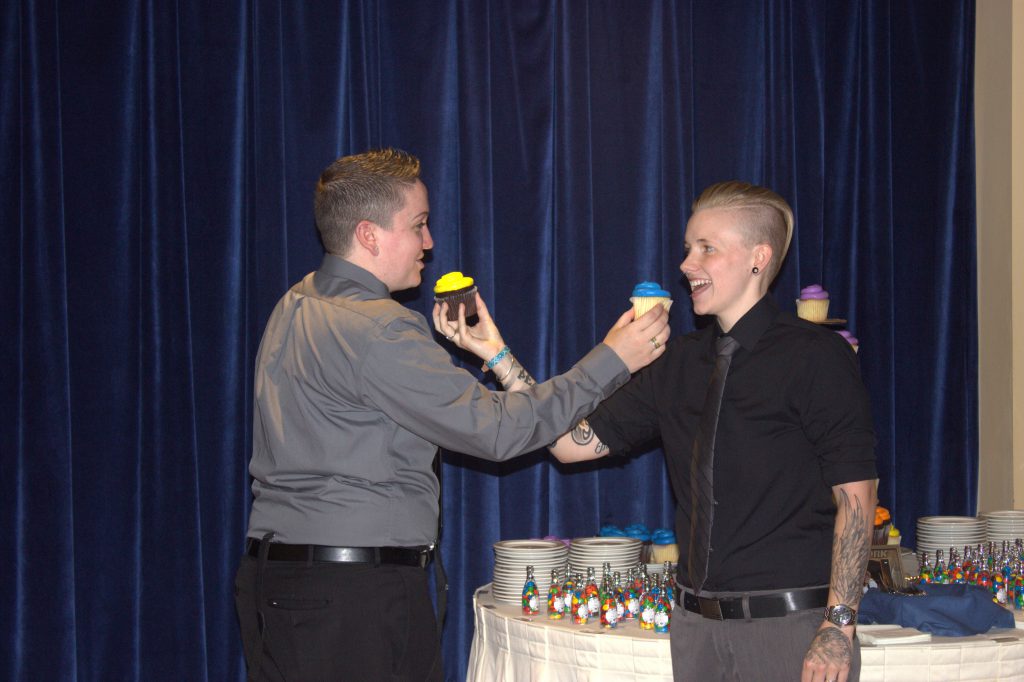 Amanda and Jessie feed each other a cupcake from the display. Photo by Ella Abbott.

The small party hosted about 60 guests, all of which were close friends and relatives of Amanda and Jessie, in an effort to celebrate their marriage as their four year anniversary comes up in December of this year. 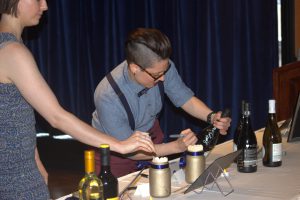 Guests fill out popsicle sticks with their answers to questions and place them inside painted mason jars. Photo by Ella Abbott.

“It’s so cliche, at this point, the whole ‘it gets better’ thing,” Amanda said. “We both had a rocky start being queer and coming out and doing what we wanted to do and what we knew was right. We met each other and we pretty much said ‘fuck it.’ We ran away and got married.”

Despite statistics saying that their short relationship would lead to a short marriage, Amanda and Jessie knew what they wanted. They moved in together after marrying and now have four pets. 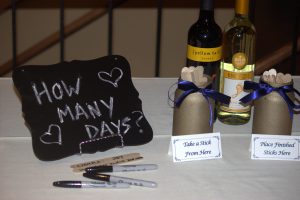 On a table, interactive games were set up for guests, including a game where they guessed how long Jessie and Amanda had been together. Photo by Ella Abbott.

“Knowing where I was ten years ago, when I came out, and where Jessie was when she first came out, to be here and be surrounded by a whole room full of friends and family that love us and were supportive,” Amanda said. “After all the struggle and the strife, I found the love of my life and it works out.”

“Luckily [Amanda] picked someone perfect for her and they love each other very much and they’re very, very happy,” Jeanne concluded. “From a parenting standpoint, you can’t ask for any more than that.”

Amanda and Jessie will celebrate their fourth wedding anniversary on December 27.