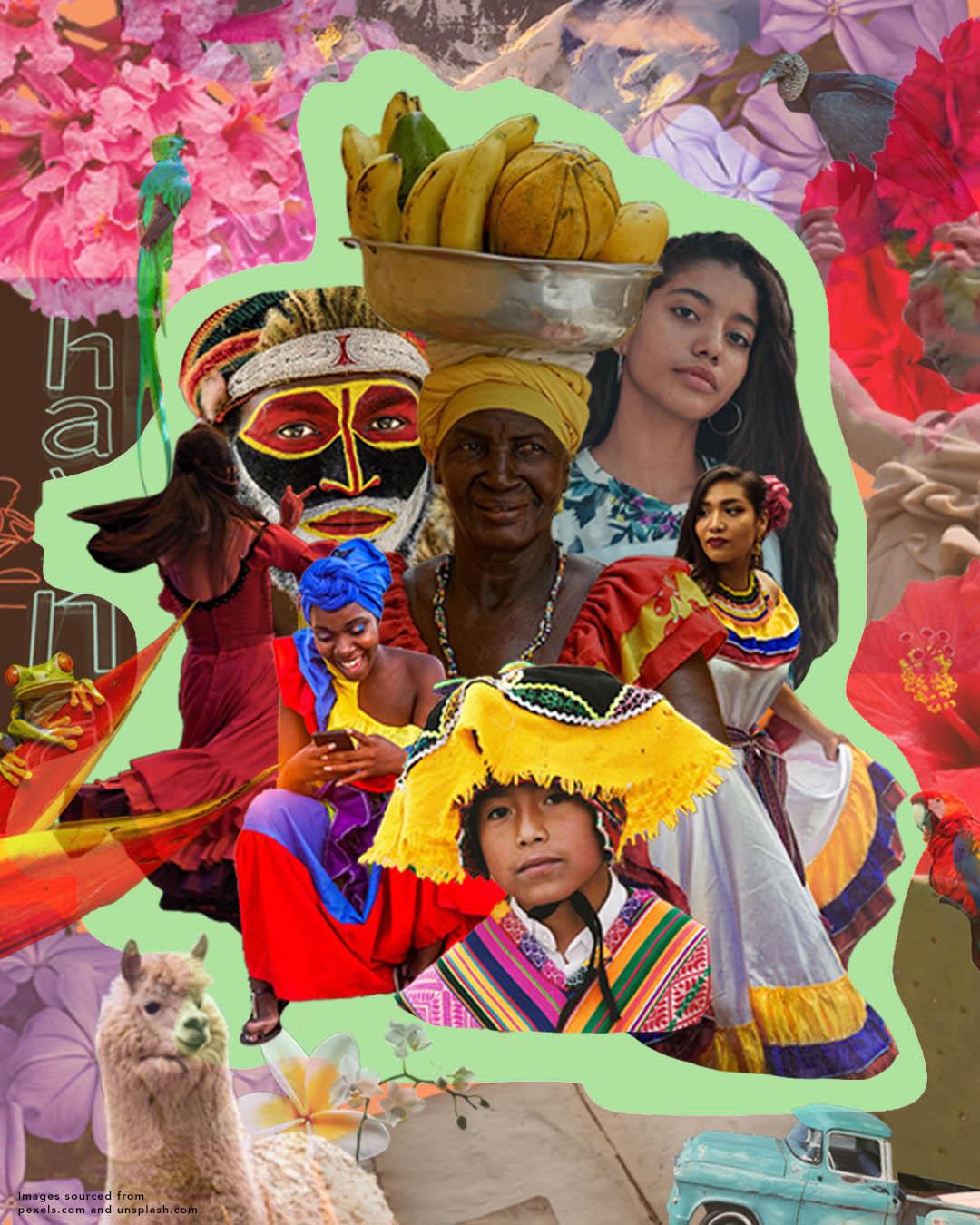 According to the Pew Research Center, the Hispanic population in the United States reached a record 60.6 million in 2019. The period between September 15 and October 15 marks #Hispanic Heritage Month, a celebration of this community.

Hispanic Heritage Month promotes the history, culture and contributions of Hispanic Americans, specifically those with heritage from Spain, Mexico, Central America, South America and the Spanish-speaking nations of the Caribbean, the Census Bureau reports. The event began as a single week in 1968 under President Lyndon B. Johnson and was then expanded to a month under President Ronald Reagan in 1988. It begins on September 15 to acknowledge the anniversary of independence from Spain for Costa Rica, El Salvador, Guatemala, Honduras and Nicaragua and extends through September 16 and 18, the independence days of Mexico and Chile, respectively.

However, the month can also be viewed through an intersectional lens. A UCLA study reports that 1.4 million Hispanic individuals in the United States are #LGBTQ+. These people face a very unique set of circumstances in terms of both homophobia, transphobia and racism.

First, there is a common misconception that Hispanic culture is very homophobic and transphobic. The National LGBTQ+ Task Force states that this population is often scapegoated when pro-LGBTQ+ ballot measures fail and are often accused of creating oppressive or dangerous environments for queer people. However, research from the National Council of La Raza and Social Science Research Solutions suggests the opposite. The report “LGBT Acceptance and Support: The Hispanic Perspective” reveals that Hispanic communities hold no more prejudiced views than white communities; in fact, they are often more accepting.

One major stumbling block that can result in issues for Hispanic LGBTQ+ individuals is religion. According to a 2007 survey by the Pew Hispanic Center and Pew Forum on Religion & Public Life, more than two-thirds of Hispanics identify as Roman Catholic, and the Catholic Church does not support the LGBTQ+ community. The Human Rights Campaign explains that this often causes Hispanic LGBTQ+ people to stay in the closet or find creative methods to reconcile their faith with their gender or sexuality.

Marisa Demeo, a lesbian and judge of the Superior Court of the District of Columbia, says, “I was raised as Catholic and both my parents are very Catholic. The main thing I had to do was to separate the institution from what I really believed the teachings were. I am dedicated to my own faith without feeling I needed to follow some of the more conservative teachings of the Catholic Church.”

Additionally, many priests, nuns and other religious leaders work to be welcoming to Hispanic LGBTQ+ Catholics, providing solutions for folks who may feel that their religion is not as accepting.

Another issue that frequently arises for Hispanic LGBTQ+ people after they come out is racism in the queer community. This can take many different forms – on one hand, sexualization or objectification, and on the other, rejection or exclusion.

An article from The Guardian quotes a man named Saif, who describes these juxtaposed experiences, saying, “I’m sexualized for my skin tone and never treated as a person…the community is trained to accept a white, ‘masc,’ muscled gay man and the rest of us are not really accepted or ‘one of their own.’”

These stereotypes are perpetuated by the whitewashing of gay media, the acceptance of racist opinions as simply sexual preferences, and the erasure of historical LGBTQ+ figures of color like Sylvia Rivera. Rivera was a transgender activist who participated in the Stonewall Riots and worked with Marsha P. Johnson to form Street Transvestite Action Revolutionaries (STAR), an organization that supported transgender individuals in New York City, the Smithsonian Institution says.

Unfortunately, these issues are often swept under the rug, as LGBTQ+ people sometimes have an attitude that they cannot be bigoted because they are members of an oppressed minority. However, there is a growing movement to acknowledge the racism that is pervasive in the LGBTQ+ community. One editorial from NBC declares, “Although we all share the same oppressors, white queer folks must come to terms with the fact that they play a role in the harm experienced by Black and Brown queer folks.” Without taking that important step, this problem will never truly be solved.

Another important step in the process is visibility, which has been an uphill battle. This is most evident in the media. While early 2000s shows, like “The George Lopez Show” and “Ugly Betty,” seemed to indicate progress, showrunner Gloria Calderón-Kellet says in an NBC interview that “although it seems like we’ve made progress…that’s not the case. There’s a perception of progress that we have and it’s dangerous.”

A Columbia University study shows that the gap between Latino consumer power growth and their presence in media has been widening for over ten years. Of the 80 pilots produced during 2018 by ABC, CBS, NBC, Fox and CW, only three of the 30 advanced to full seasons have Latino stars. Only seven have at least one Latino actor as part of the main cast. None of these are LGBTQ+ characters.

Additionally, even successful shows with representation are threatened. Netflix’s “One Day at a Time” was celebrated for its accurate and inclusive representation, including Cuban lesbian main character Elena Alvarez.

In an interview with the Advocate, actress Isabella Gomez, who plays Alvarez, says, “I think the reason this show hits home with so many people is because we all care about the subject we’re talking about.”

However, the show was not renewed after 2019 despite an outspoken fan base. Incidents like these make it even more difficult for those outside of the Hispanic LGBTQ+ community to recognize and understand the existence of this intersectional identity.

The #COVID-19 pandemic has confronted everyone with unexpected challenges. We have all experienced individualized impacts and accompanying feelings that are often difficult to deal…