When #Kent State sophomore Chris Hunter isn’t doing math problems or playing video games, he likes to observe other men and how they walk, talk and dress.  Fitted jeans paired with button up shirts are popular in men’s fashion.  Hunter wears a pair of black fitted jeans with a clean white button up shirt as he prepares to spend an evening with his partner downtown. For more casual days, Hunter prefers basketball shorts and snapback style hats.

“I think a lot of college age guys I’ve seen are wearing joggers, basketball shorts and snapbacks,” Hunter said. “However, some wear Toms shoes, button ups and sweaters. It just depends on the guy.”

Besides creating his own personal style, Hunter observed men to figure out how they walk. Remarking on the diversity of men’s walking styles, Hunter said, “Some walk super macho with their chests puffed out, some slouch.”

Hunter studies men’s behavior because, as a #transgender man, he not only wants to be recognized as a man but to also figure out what it means to be one. 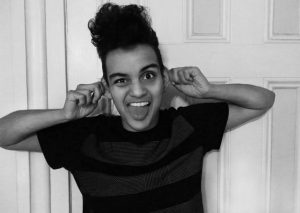 Chris Hunter during his freshman year at Kent. Courtesy of Chris Hunter.

Family, #Race and Growing Up

Hunter was born on September 16, 1997. His biological grandmother, 63-year-old Nancy Phillis from rural Pennsylvania, acted as Hunter’s guardian when he was only six months old. She officially adopted him in 2003, three days before his seventh birthday. 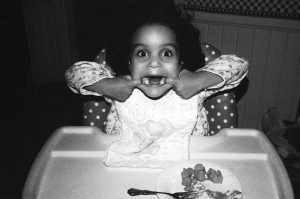 “It wasn’t really much of a difference. I was with them for a long time before I got adopted,” Hunter said.  “I actually didn’t know they weren’t my parents until a few years earlier. It was a little weird to find out but it felt good to know I had a family,” Hunter said.

Hunter has distinctive physical features that separate him from the rest of his family.  His skin tone and dark curly hair made him stand out amongst his white family members and the predominantly white town he grew up in.

“I always had to be the slave for the slavery unit. It was messed up,” Hunter said of his experience in school.

“People weren’t really nice. I felt like I didn’t belong there.”

On the subject of race, Phillis said, “[He] was brought up in a white household with white relatives in a white church, so we never brought race into it.” 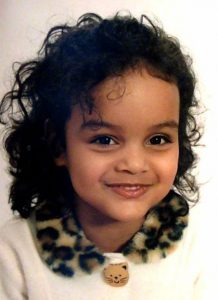 Hunter’s biological father is unknown.  His biological mother, Alison was 21, in the Navy and married when she got pregnant with him. Phillis was overjoyed but stunned when she learned her daughter was pregnant.

“My daughter’s husband at the time told her he was not able to have children. So, it was only after [Hunter] was born that we realized obviously her husband was not the father of the child,” Phillis said.

“My daughter always said she didn’t remember who the father was,” Phillis said.

Finding a Community of People of Color

Not knowing his father’s race left Hunter struggling to find the other half of the missing puzzle piece of his identity.

“I don’t know the ethnicity or race of my biological father. It bothered me for a long time and it still does.  I feel like there is half of me missing, half of my culture that I haven’t been able to tap into,” Hunter said.  Not knowing part of his race has presented challenges for Hunter in school. During standardized testing, most schools require students to select their race. “Sometimes they have the option for two or more races, so I’ll put that or I’ll put ‘other’,” Hunter said. “I just call myself the other bubble because I don’t know. That kind of hurt when I was younger because everyone would put white, two or more races or African American, I just had to put ‘other’  don’t want to be the other bubble. I want to know, I want to have solid answers.”Hunter currently hasn’t taken any steps to find out who his father is but he has surrounded himself with a community of people of color.

Last semester,  Hunter was the vice president of Threads, a student organization for #LGBTQ people of color.

Hunter’s Process of Understanding His Sexuality and Gender

Typically, there’s a perception that trans people feel they were born in the wrong body. Hunter didn’t feel that way, but he did have more stereotypical masculine interests, compared to feminine.

“I wanted to play with army men and cars. I never wanted to wear a dress but my favorite color is pink and it still is today,” Hunter explained.

Before transitioning, Hunter considered himself a lesbian.

Hunter briefly explored his sexuality in the fourth grade.

“Let’s just put it this way, I was looking at things I shouldn’t have been and it just kind of fascinated me, he laughed.” Hunter didn’t develop romantic feelings until high school. “Up until high school everyone was gross, ”boys were gross, girls were gross,” Hunter said.

Hunter’s mother didn’t know her son was attracted to women until her husband at the time forced Hunter out of the closet when he was 15.

Hunter’s stepfather picked him from his girlfriend’s house and closely observed the two. “He noticed we were getting really close and cuddly and at the time, we explained we were just good friends,” Hunter said.

Hunter’s stepfather told his mother that Hunter and his girlfriend were having sex. 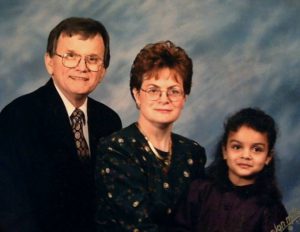 “She wasn’t allowed over my house because my mom didn’t trust us there alone,” Hunter said.  Hunter’s religious and conservative stepfather put a lot of strain on Hunter’s relationship with his mother.

“He really put a lot of pressure on my mother to try to rebuke me for that sort of thing, to him it was just an unbearable thought,” Hunter said. Hunter’s mother Phillis believed he was too young to know his sexual identity.

“I felt maybe [he] was in a period of confusion and didn’t have a real solid handle on [his] sexual identity, that’s why I didn’t get real excited about it,” said Phillis.

#Coming Out as Trans

Hunter’s girlfriend, who he was seeing when his stepfather forced him out of the closet, suggested that Hunter could be transgender.

“As I got a little bit older and as I started to think about relationships and who I was attracted to, it really started to shape my identity, even though sexuality and gender shouldn’t be conflated,” Hunter said. “I think I started to fall into the more masculine role and that’s when I started to explore the possibility of being transgender.”

Hunter came out as trans to his friends during his senior year of high school. 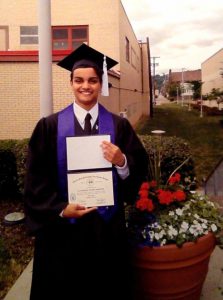 Hunter attended a performing arts high school with many other LGBTQ students. “A lot of my friends knew I was masculine and when I came out as transgender, they were just like ‘okay,’” Hunter said. Hunter’s mother said she slowly figured out her son was transgender that same year.

“It was kind of an osmosis type thing, just observing [his] actions and his dress,” Phillis said. “[He] was always shopping in the men’s department, wearing men’s clothes. I never had a problem with that. I thought ‘well maybe this will pass.’”

As Hunter grew older, he continued to shop in the men’s department and spent a lot of time with the same people. Phillis said she will never disown Hunter for his sexuality or gender but she refuses to call him Chris.

“She is my daughter not my son,” Phillis said.

Hunter finds it devastating that his mother will not call him Chris or use the correct pronouns.

“It’s pretty shitty, I hate it to no end,” Hunter said. “Some days I think she’s going to understand but she really doesn’t try much anymore. I guess it is what it is,” Hunter said.

Comfort and Challenges in His Romantic Relationship

Luckily, Hunter is able to confide in his partner, who is also trans.

“He told our teacher his preferred name was Chris but the teacher kind of brushed it off,” Kirsch said. “I just kind of looked over at the table and was like, ‘are you…?’ And he was like, ‘yeah,’ and we just knew what that meant,” Kirsch said. 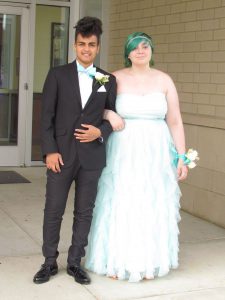 Hunter and Kirsch at prom. Courtesy of Chris Hunter.

Kirsch is non-binary, which means they are not exclusively male nor female. The two have been together since late August 2014 and have the typical up and downs of any couple. Hunter said one fault of Kirsch is that they tend to deal in absolutes.

“If something is not going well in the relationship, there’s an overarching pessimism of ‘oh this is never going to get better,”’ Hunter said. “Or we’ll be fighting and they’ll say some harsh things, but we always work that out.”

“I feel like in an effort to assert himself as man, he feels the need to use a lot of tactics that men sometimes use to assert themselves over women,” Kirsch said. “I feel like he tries to hide his emotions a lot, he gets really angry and then he doesn’t tell me that he’s angry and when he actually is, he explodes, when it gets to be too much.”

What Does It Mean to be a Man?

Growing up without a biological father has left Hunter alone to figure out what it means to be a man.

“Given our society has a pretty rigid definition on what it means to be a man, it took me a while to feel comfortable with myself,” Hunter said.

Hunter is still trying to sort out in his racial identity and figure out what kind of person he wants to be.

“I think a lot of trans men are trying to separate themselves from their femininity by being a jerk,” Hunter said.

Being a man for Hunter is about stepping up to responsibility.

“For me, given I have a partner, and I plan to have children, taking care of my family and doing what’s right, protecting them, I think that defines my masculinity,” Hunter said.

It was cold and windy, but runners bundled up to participate in the 4th annual Rainbow Run Friday Oct. 4. The first Rainbow run…