There are over 75,000 #LGBTQ young people whose parents brought them to the United States as children, according to the Williams Institute, a UCLA think tank. President Trump targeted these young people on Tuesday, when he announced an end to the Deferred Action for Childhood Arrivals (DACA) program, which protects them from deportation and offers them legal work and education opportunities. On Thursday, several Cleveland nonprofits and grassroots groups held a candlelight vigil to oppose Trump’s decision.

About 300 people attended the vigil, which was held in Ohio City’s Market Square Park. Masses of attendees stood in the rain, listening to bilingual speeches from immigrants, about how the DACA program improved their lives and gave them a chance to thrive. 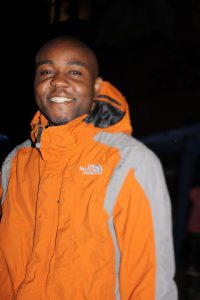 Mayela D. Ngemba, a Congolese refugee, said he attended the vigil to “stand with refugees.” Ngemba is the founder of Advocates for Peace and Change, a Cleveland nonprofit for migrants, immigrants and refugees.

Although Ngemba became an American citizen last month, he said he doesn’t feel like one.

“It’s just a piece of paper,” he explained. “If they [undocumented people] are illegal, then I’m illegal, too.” 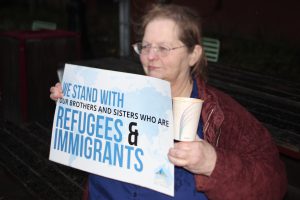 After the vigil, organizer Chrissy Stonebraker-Martinez, who describes herself as a queer Colombian-American femme, explained the intersection between immigration and LGBTQ issues. Stonebraker-Martinez is the co-executive director of the InterReligious Task Force on Central America (IRTF), a Cleveland nonprofit which promotes peace and human rights.

Stonebraker-Martinez said her family’s background is what inspired her to work for greater peace and justice. Her mother found refuge in the U.S. in the 1980s while Colombia was fighting “the longest civil war in the hemisphere.” Her father was a union steelworker, which as a high-school student, led her to research the impact of free trade agreements on labor conditions. Later, while attending Hiram College, Stonebraker-Martinez discovered IRTF.

IRTF was founded in 1980, after two Cleveland women were raped and murdered in El Salvador, Stonebraker-Martinez says, by militants who were trained by the US military. Stonebraker-Martinez explained that those women’s legacy remains personally important to her and noted that their deaths would not have been as widely publicized if they hadn’t been “white, well-educated upper-middle class women who were religious.”

“They would never want us to forget the 70,000 mostly indigenous people who were murdered during that 12-year civil war alongside them,” said Stonebraker-Martinez. 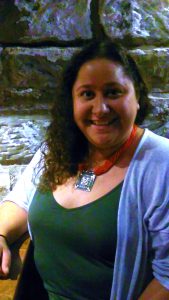 Since other, similar organizations began focusing on the Cold War, nuclear proliferation or conflict in the Middle East, IRTF expanded into economic, environmental, racial and LGBTQ human rights.

“We knew that people continued to be oppressed and repressed for other reasons,” explained Stonebraker-Martinez. “If you look at [those issues] anywhere in the world, that will give you a context of social injustice and that the same issues that happen in Central America happen in Cleveland, Ferguson [Mo.], Palestine, Southeast Asia, East Asia, Africa and the Middle East and everywhere.”

Stonebraker-Martinez believes that these various issues are interrelated. She says it’s important to focus on the people who are the most vulnerable to exploitation and violence.

“Afro-descended and indigenous people and gender and sexual minorities are the ones mostly affected by warfare and by economic policies that are exploitative. If we look at the most vulnerable in that, trans women in particular, in El Salvador, are murdered at rates exponentially higher than everyone else in the region.”

In 2014, the IRTF brought 17 Central American delegates to Cleveland for the Gay Games. Stonebraker-Martinez said their lives were threatened.

Additionally, IRTF handles 72 “urgent human rights cases” each year. Stonebraker-Martinez says that every year, between 20 and 40 or 50 people of those 72 are assassinated.

“A lot of those people are female-identified or trans-identified or both or are part of the LGBTQ community in particular,” she said. 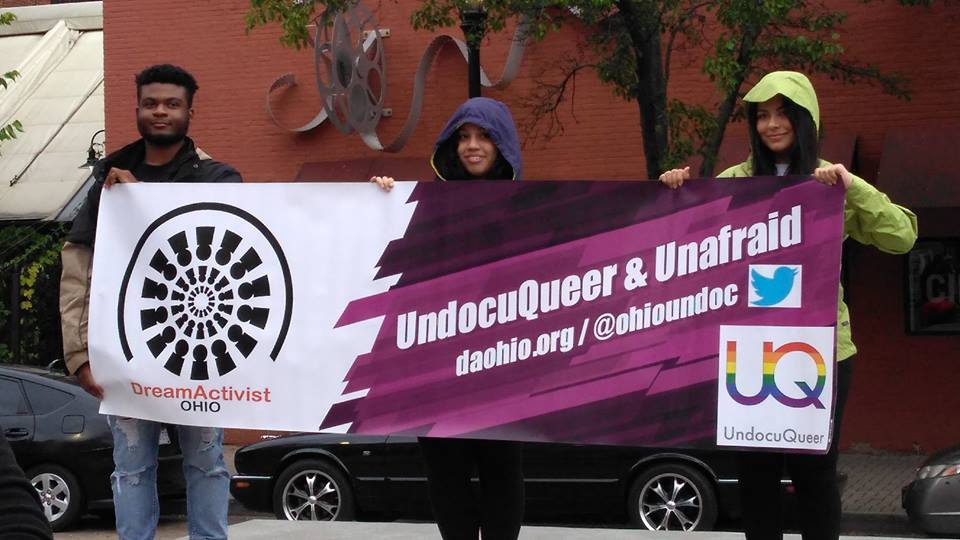 “Number two is that there are people, real people, who are trans-identified–especially women–or who are part of the LGBT community, who are also undocumented immigrants or who are descendants of immigrants and who have family members who are undocumented.”

The Williams Institute estimates that there are 267,000 undocumented LGBTQ people in the US. During the 2016 election, GLAAD published a fact sheet with additional information about LGBTQ immigration.

“Be yourself; everyone else is already taken.” If you’re like me, you’ve seen some variation of this quote littered all over every single social…