A recent poll showed that one in four Americans don’t want to be friends with me because I’m #transgender. Even fewer would consider being in a romantic relationship with one of us. Although it doesn’t make much sense to take prejudice personally, it’s hard not to. Reading that stung. Salt in a 20-year wound. 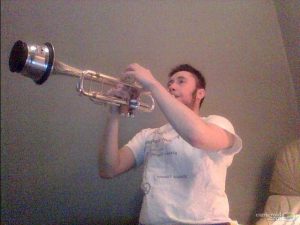 At the risk of tooting my own horn, I’m a good friend. I’ll pick you up from the airport. If you missed class, I’ll lend you my notes. Also, I’m a pretty good listener and I’ve dealt with an array of challenging life events, such as drug addiction, homelessness and working third shift at Walmart. If you’re going through a hard time, I’ll be there for you.

My first best friend’s name was Phil and we met in 1997. We were in the same kindergarten class. During recess, we played with toy cars and trucks, collected Gogo’s and traded Pokémon cards. Phil knew I was assigned female at birth, but he didn’t care yet. Kids don’t care too much about that sort of thing until they learn they’re supposed to.

I’m a fast learner. (You sure you don’t want to borrow my lecture notes?) Phil gave me an excuse. When my dad and I talked about my short hair, my boys’ clothes and my name, I could explain myself, saying, “I want to be like him.”

Truth is, I couldn’t explain why I was a boy. I just was and even from a young age, I realized that people didn’t like that.

Alex, my first trans friend, helped save my life. I met them at #Kent State in 2012 and they told me what it means to be transgender. I’d heard the term before, but always dismissed the idea that it described me. I also smothered those thoughts in substance abuse. Alex stuck with me through the worst of that, yet made it clear that they couldn’t put up with my self-destruction forever. They gave me food to eat and a couch to sleep on when I needed it and they supported me through getting sober. Now, going on four years later, I have the privilege of helping other people—transgender and cisgender—with their recoveries from addiction.

My friend Max and I were listening to Against Me in my car as I drove to the recovery meeting. Laura Jane Grace, the lead singer, wailed about a transgender sex worker: “Does God bless your transsexual heart? True trans soul rebel.” 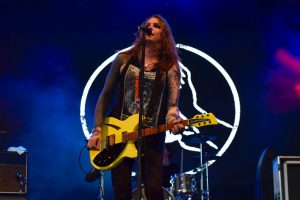 “So, what does that mean exactly, transgender?” Asked Max. He’s a big guy, nearing 30 and he speaks in a gruff, blue-collar sort of affect, with a hint of southern twang.

I explained that transgender describes someone whose gender is different from the one they were assigned at birth. Since I was assigned female at birth but I’m male, that makes me a trans man.

When Max and I met, he told me about someone he knew was assigned male at birth but presented in a feminine way. This person’s relationship with gender made him uncomfortable and he mocked them, laughing and calling them a fag.

Last year, a friend I’ve known for years needed a place to stay. I shared my couch and my food. When another friend got in legal trouble, I went with her to court. When many of my friends graduated college, I congratulated them with complete sincerity, even though a part of me wished I was graduating with them. When friends are feeling upset, they call me sometimes, and I stay on the phone until they’re feeling better. My friends–trans and cis–do the same for me. I’m friends with many other trans people and they are delightful, beautiful human beings whom I’m grateful to have in my life.

Often, when people want to talk about a problem, they’re not looking for advice, they’re just looking for someone to listen, unconditionally and without judgment. I learned that while volunteering on Trans Lifeline, a crisis hotline by and for transgender people. The trauma, #discrimination and heartbreak trans people inevitably live with allows us to be better friends, not worse ones.

I’m trans and that’s an important part of who I am. Part of its importance may stem from my interest in politics, since trans experience is undeniably political. But being trans is not the entirety of my existence. I’m also a musician—I play trumpet and guitar. For two summers, I marched with a competitive drum and bugle corps. We toured the country, living on a bus and performing in high school, college and NFL stadiums. I’m a writer, of journalism, poetry and fiction. Before I returned to school full time, I did work which made me part of a group perhaps even more widely-despised than transgender people: telemarketers. I have an array of funny and interesting stories from those jobs and from my relatively adventurous life. And I’m as good a friend as most anybody.

While it’s sad that a quarter of my fellow Americans don’t want my friendship, it’s sad for them, too. I’d like to think I’m a decent, interesting person and a fair choice of friend. You may find reason to disagree, but I hope, for both our sakes, your reasons are based on something more substantial than the fact that I’m not the gender I was assigned.

Note: Names have been changed.

Since it is Banned Books Week, many people are drawing their attention to pieces of literature which have been challenged or outright banned by…