Over the last month, Kent farmers’ market merchant and activist, Bonny Graham-Esparza, organized a fundraiser for the recently-widowed Jessica Earley, and her seven kids. The family lives on a farm in rural Portage County. After Earley’s vehicle broke down, Graham-Esparza began seeking donations for a replacement van. The largest donation was from a gay couple, who wished to remain anonymous. 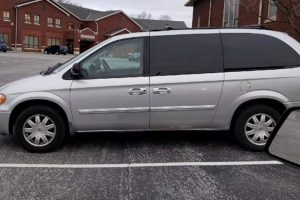 Graham-Esparza and Earley have known each other for years. They were both vendors at the Kent farmers’ market. Graham-Esparza explained that after Earley’s car broke down, she wanted to help. “She was stuck, she couldn’t go anywhere.”

In April, Graham-Esparza attended an #LGBTQ educational event held by Equality Ohio. There, she made an announcement about the fundraiser. Shortly afterward, a man came to her house with a $345 donation – a $45 check and $300 in cash.

“A night or two later, there was knock on the door and there was a man who had actually been sent by someone I know, with a check. I’m trying to remember if he said husband or if he said partner, but I got the impression that it was a gay man that did not want to be out. But [the partner] donated 300 dollars cash. And that was the largest donation.” 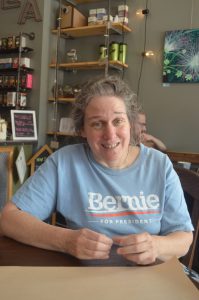 Kent Friends, a Quaker church, also donated. For tax reasons, the Quakers’ donation had to be received by an organization, not an individual. So, Harmony Baptist Church in Tallmadge managed the funds. Harmony Baptist Church also helped the Earley family by driving the kids to school and finding the new van. Since Baptist churches often oppose LGBTQ rights, and other causes which Graham-Esparza supports, she said the church handling the funds was “an area that gave me pause.”

“The person that donates the most is a man whose marriage is not recognized by the organization that’s receiving the money.” Said Graham-Esparza. She added, however, “they do have a designated account for Jessica, it is going to help this woman.”

Graham-Esparza was a delegate for Vermont Senator Bernie Sanders’ presidential campaign. She explained that her networks in political activism helped her raise funds. Although the Baptist church may disagree with them on many issues, she said, she was grateful they were still able to work together on this goal.

Since Nov. 8, many people have begun accepting the fact that Donald Trump won the Electoral College and now they’re researching resistance and finding…