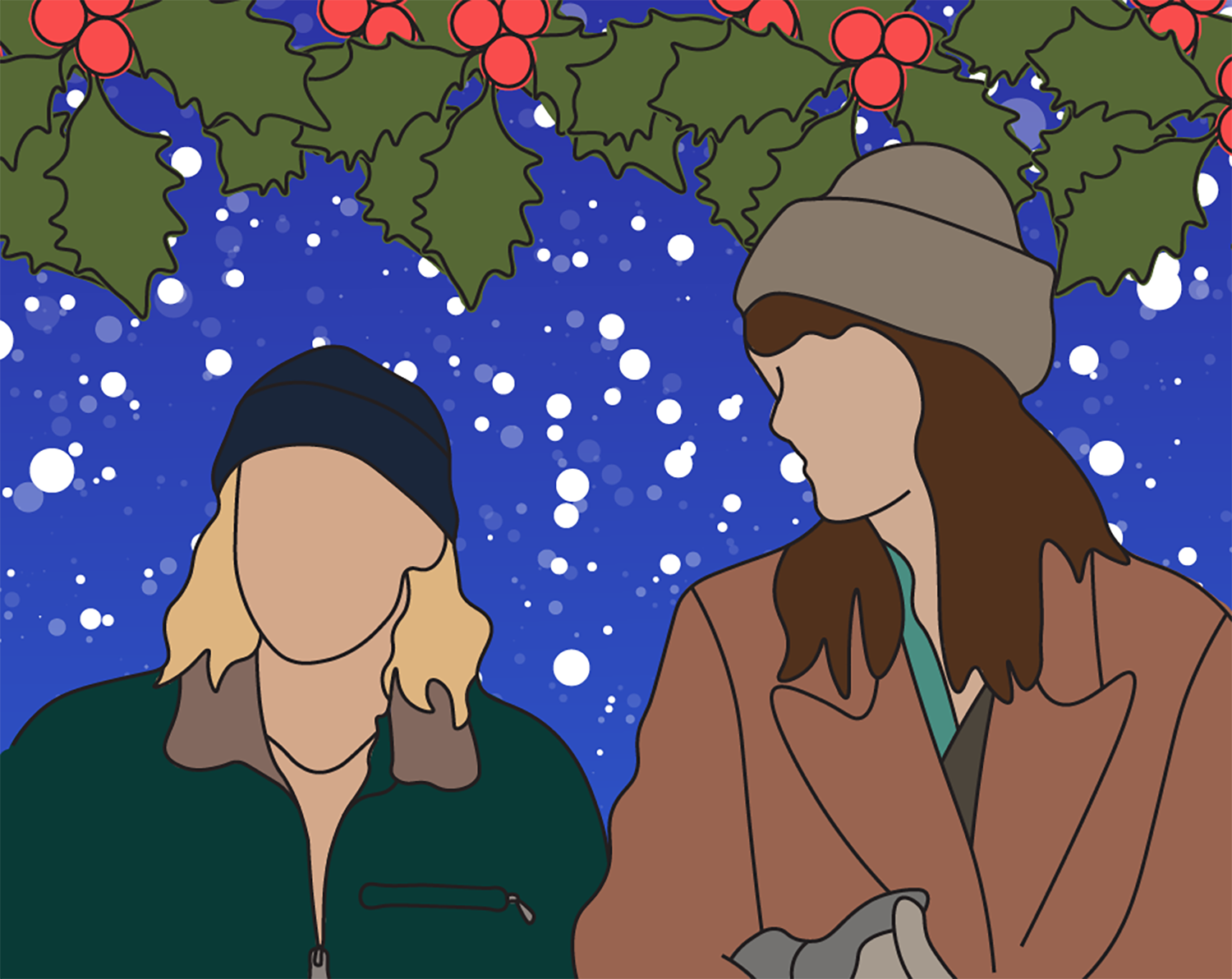 “Happiest Season,” directed by Clea DuVall, is a #holiday romantic comedy that depicts some of the struggles many #LGBTQ+ individuals face when going home for the holidays. It was released on Nov. 25 in the United States on Hulu and features Kristen Stewart and other LGBTQ+ actors and actresses, including Aubrey Plaza and Dan Levy.

“It’s important and revolutionary to see a holiday film with a lesbian couple and not a heterosexual couple,” says junior psychology major Raychel Meixner, who identifies as bisexual.

The film tells the story of a young lesbian couple, Harper and Abby. Harper invites Abby to her family’s home for Christmas but reveals to her that she is not out to them yet. Despite this, Abby decides to head home with Harper and faces challenges after their arrival.

On one hand, the film plays it safe when it comes to its LGBTQ+ themes and continues to uphold the cookie-cutter stereotype of lesbian couples in film as white, thin and privileged. On the other, it serves as a reminder of the many coming out stories LGBTQ+ people experience.

At one point, Abby is unable to handle the situation anymore and plans to head back home. During this part of the movie, the audience learns an insightful message from Abby’s friend, John, which is that every coming out story is different.

The conclusion from this scene is that everyone has their own coming out experience, and even though one may look different from another, it is still a part of a person’s story.

“The inference here is that no matter where the story of one’s own queerness falls on the spectrum—from catastrophic to fortunate—it’s valid,” author and screenwriter Camille Perri says in a written review.

“Happiest Season” helps show that LGBTQ+ individuals’ feelings are normal and it’s important to be reassured by this, Meixner says.

For young LGBTQ+ people or those who are struggling with their identity, this film offers the warm feeling of Christmas and a dose of the reality LGBTQ+ couples face during the so-called most wonderful time of the year.

We’ve all heard the infamous #first date rules. You know the ones like never order pasta, don’t ask awkward questions and never bring up…