On May 9, Attorney General Loretta Lynch delivered a widely-praised and well-crafted speech, weighing in on controversy over North Carolina’s Public Facilities Privacy & Security Act (colloquially known as HB2). Signed by Gov. Pat McCrory on March 23, this Orwellian-titled law makes it even less safe than usual for transgender people to go out in public, by requiring us to use public facilities corresponding to the genders assigned to us at birth. Though there is no evidence of transgender women committing violence against cisgender women in bathrooms, violence against cisgender women as a result of transphobic bathroom panic has been well-documented. In response to this new law, the attorney general declared that the Department of Justice was pursuing legal action against the state of North Carolina, and assured the transgender community that #President Obama’s administration was our ally: 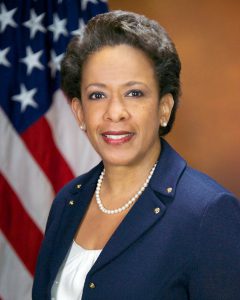 “No matter how isolated or scared you may feel today, the Department of Justice and the entire Obama administration wants you to know that we see you; we stand with you; and we will do everything we can to protect you going forward.”

To my surprise and embarrassment, I cried when I heard these words. She was right. I did feel isolated and scared, and though I felt I should know better, the idea of someone being there to protect me was all too attractive. But a few moments later, I began to wonder: could that possibly be true? Is this the American government I know? Does the administration really care about transgender people, or are these just empty words from the Democratic Party in an election year?

On June 30, I received my answer in the form of a Department of Defense decision, which “allows” transgender people to transition openly in the military, but continues to prevent military prisoners from doing so. The administration sees transition as a privilege, which they can choose whether or not to permit. They see it as a bargaining chip, something to be doled out, granted and determined by someone other than the person who needs to transition. This policy demonstrates that, just like the Republicans, the Democrats see us as second-class citizens, and their divergence on bathroom bills is a matter of political expedience rather than genuine empathy.

A person’s gender is inviolable. It cannot be granted or taken away; it can only be respected or disrespected. To disrespect the gender of a prisoner is not only humiliating and prejudiced, but cruel and unusual. As civil rights attorney Chase Strangio Tweeted:

“Imagine if every time a cis person was arrested they were forced to be treated like a different gender? Why is it acceptable for trans ppl?”

The Obama administration would never dare to do something like this to cis people, at least not publicly. The fact that they believe they can do this to trans people demonstrates contempt for the one thing every transgender person has in common: the need to define ourselves and our bodies on our own terms.

To a point, the administration is working to keep us from being forced to go into spaces that correspond to genders other than our own, so we will not be harassed or assaulted. But unlike their respect for cis people’s genders, their respect for ours is contingent on our “good behavior.” To put it another way, a soldier may “live as their authentic self,” as long as they don’t get court-martialed. Once a soldier is sentenced by court martial to military imprisonment, “their authentic self” loses the right to exist, and they are forced into a prison that corresponds to a gender other than their own, where they are likely to be harassed and assaulted. This conditional “protection” smells a lot like extortion.

As I write this article, whistleblower #Chelsea Manning is in the hospital after a #suicide attempt. In 2013 she was sentenced to 35 years in a military prison for leaking documents meant to be hidden from “We The People,” for our own protection, of course, by non-elected bureaucrats working for the United States Army. The morally reprehensible and illegal actions exposed by Manning and other whistleblowers were done on our behalf and in our name; both our leaders and our soldiers make it a point to claim abroad that they serve a government “of the people, by the people, for the people.” Yet we, the people, never asked for our elected officials to oppose minimum wage laws in Haiti, ignore evidence of torture as a matter of policy, or train brutal Egyptian secret police whose record of torture was known to our government. Nor did we know that any of this was being done on our behalf, and our government “of the people” had no intention of ever telling us. Manning’s sentence demonstrates, in fact, that the “land of the free” considers it a serious crime to tell its subjects what is being done in their name. 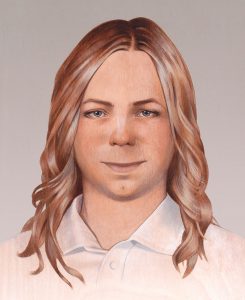 A transgender woman, Manning has spent her sentence so far in a men’s prison, where she is not allowed to grow her hair out and must abide by the dress code for male prisoners. Yet the fact that she was hospitalized reminds us that her captors are obligated, legally and ethically, to care for their prisoner’s medical needs. What if she had successfully committed suicide and never made it to the hospital? Would this not be negligence? What happened to preventative medicine?

By contrast, this same administration regularly tells poor people to stop eating unhealthy food, even though many working-class Americans cannot afford a healthy diet. Yet for all their talk of handling a health crisis before it happens, they refuse to implement the standard medical practices that would help prevent transgender prisoners from attempting suicide. Suicide is an epidemic in our community, and an administration who stood with us would prioritize this epidemic as any other.

Since cis people are not required to dress as members of a different gender in prison, and since it is illegal to deny them medical care, only a belief in the fundamental inferiority of trans people explains the administration’s refusal to allow Manning to transition. Yet, in a stunning display of governmental paternalism, this same transphobic administration has proclaimed itself our ally.

When it comes to bathrooms, their claims of support are cynical. Though a Princeton study found that our elected officials are almost excusively responsible to business interests and the economic elite, there remains the inconvenient business of getting elected in the first place, for which they still need the American voter. Though the Obama administration will soon leave office, most members of the current executive branch have a vested interest in the election of another Democrat. The attorney general’s speech seems to me an empty appeal to younger voters on behalf of her party. Young voters, considered key to Obama’s electoral success, have been found by pollsters to have less traditional attitudes towards gender and support comprehensive LGBT non-discrimination laws. Just as Obama promised change eight years ago, his administration is now promising, on its way out, that Democrats are still planning to give us our pie in the sky, as long as we keep going to the polls and faithfully ticking those boxes.

The attorney general’s speech may have made great television, but the administration’s pretensions of care for our community are completely meaningless without actions to back them up. Our community’s real allies know that our genders are not negotiable. But instead of asking us how to properly respect our genders, the administration tells us that respect is conditional. These are not the actions of a government who stands with us. Nor are they the actions of a democracy. A government that was truly “of the people, by the people, for the people” would not approach their fellow citizens as rulers. Instead, they would ask how to best help us live freely and peacefully, especially those of us who struggle to do so. The American government does the opposite, telling us that if we carry out their will, they will grant us the provisional status of “people,” subject to our continued service of their increasingly monstrous global war machine.

From whom do we really need protection? From the people who view us as their inferiors, whether they subtly communicate this, as the current administration did, or blatantly, as Donald Trump recently did. The ultimate answer to the problems faced by gender and sexual minorities will never come from an attorney general, a secretary of defense, a president, a party, or an election. And no matter how isolated and scared I may feel, the last person I will ever rely on to protect me is the one who would use my daily struggles as political currency.

Catherine B. Krause is queer, disabled, transgender, atheist, Jewish, and polyamorous. She was born in Indianapolis, grew up in Youngstown, Ohio, and first went out in public as a woman at #Kent State University on Halloween, though she is fuzzy on the year. Her essays are rarely published, but she has poems in too many places to list, including the anthology Rabbit Ears: TV Poems from NYQ Books.