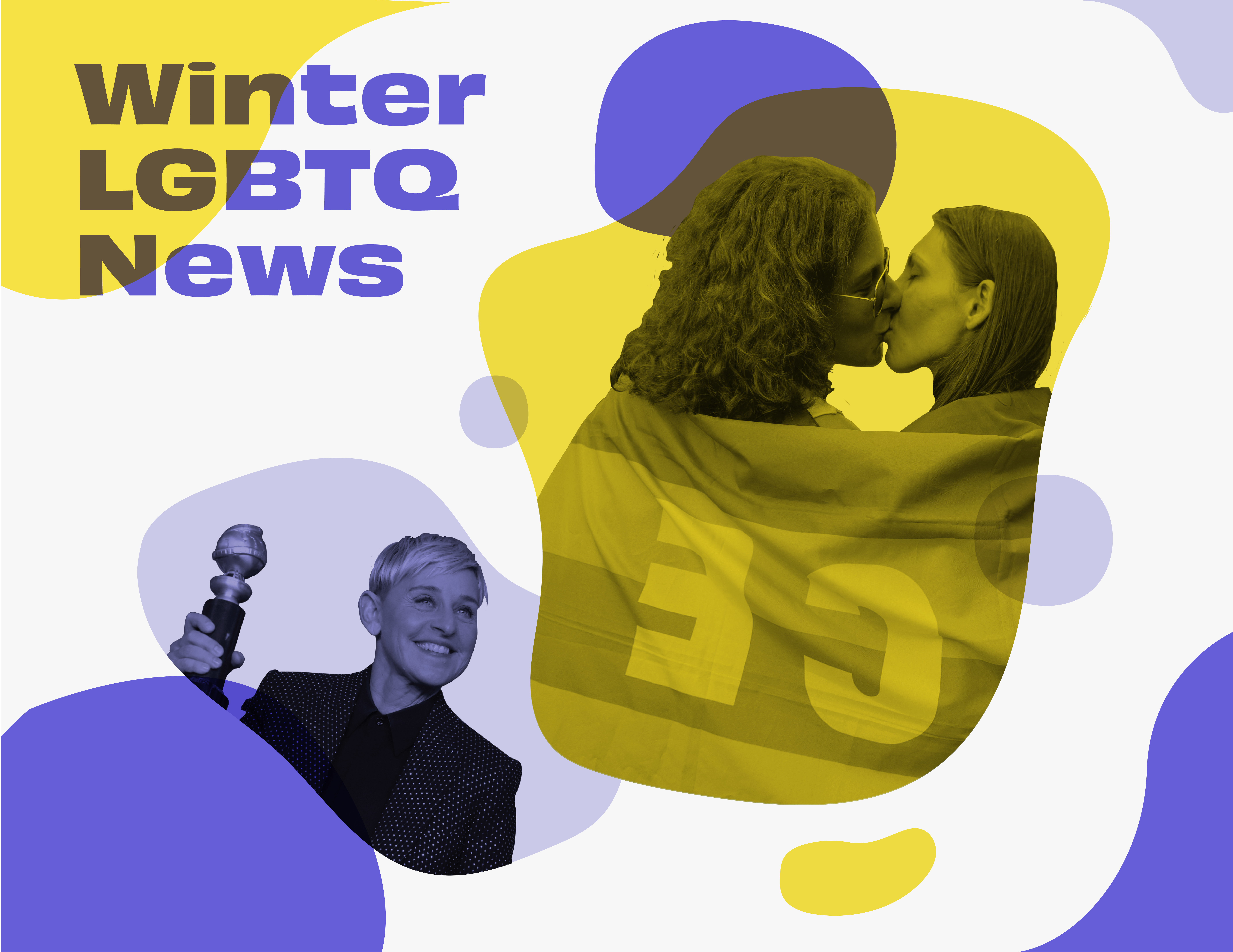 The first month of 2020 has come to an end. If you didn’t get the chance to keep up with #LGBTQ #news so far this winter, we have the information you need.

Ellen DeGeneres wins the Carol Burnett Award at the Golden Globes, with prominent mentions of her coming out story.
Actress Kate McKinnon presented comedian and talk show host Ellen DeGeneres with the Carol Burnett Award for Achievement in Television at the Golden Globes Jan. 5. Receiving this award not only signifies excellence in television, but also leaving a lasting impact on audiences. McKinnon emotionally spoke about DeGeneres’s public coming out moment on her sitcom in 1997, saying that it was “the only thing that made it less scary” for McKinnon to realize she is gay. McKinnon added that DeGeneres risked her career by coming out on her sitcom, The Ellen Show. Although she initially lost her sitcom, she eventually helped increase LGBTQ representation in television.

Oklahoma man is murdered, becomes first transgender person killed in 2020.
Dustin James Parker was murdered in Oklahoma Jan. 1 in what the Human Rights Campaign states could be the first violent death of a transgender or gender non-conforming person in 2020, NBC News reports. He was a public trans activist, loving father and a founding member of the McAlester chapter of Oklahomans for Equality. There were at least 25 violent deaths of transgender or gender non-conforming people in 2019, according to HRC.

South Dakota passes bill that restricts medical care for transgender youths.
South Dakota’s House passed a bill Jan. 29 that bans hormones, sex reassignment surgery and puberty blockers for children under 16 years old, The Washington Post reports. Physicians facilitating these treatments can receive up to a year in jail and a fine of up to $2,000. Transgender advocates argue that sex reassignment surgeries are rarely performed on youths, and puberty blockers are reversible. The bill still needs to pass in South Dakota’s Senate before it can go into effect. Six other states have filed similar bills, but Ohio is not one of them.

Tyler, The Creator wins Best Rap Album.
Tyler, The Creator (Tyler Okonma) won his first Grammy Award for Best Rap Album for “IGOR” Jan. 26. “IGOR” tells the intimate story between Tyler and a male love interest that doesn’t end up working out. Tyler’s sexuality had been in question for many of his early years making music. He became more open on his last studio album, “Flower Boy,” featuring lines like “next line will have ’em like ‘Whoa’/ I been kissing white boys since 2004,” and songs like “Garden Shed” which contains a metaphor for living in the closet.

Bar 145° is a #bar and restaurant in downtown Kent that prides itself on having better food than the usual, cheap pub food. Kelli…