#Intersectionality is an important issue to recognize in the #LGBTQ+ community. The Fusion designers address this in a series of collages, featuring the relationships between the Jewish, disabled, Native American, autistic and LGBTQ+ communities. 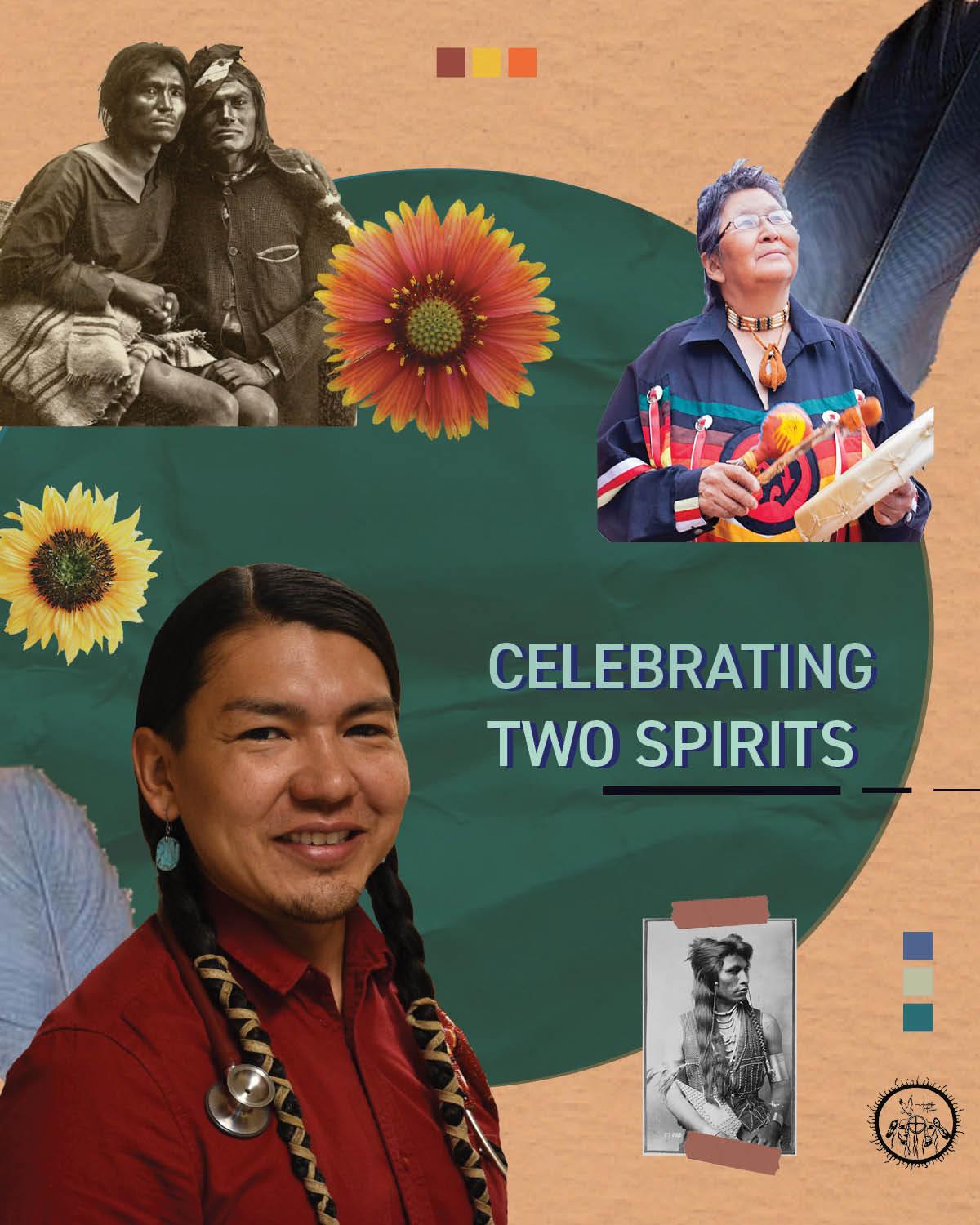 Educator Geo Soctomah Neptune says that Two-Spirit is a modern umbrella term used by some indigenous North Americans to describe Native people who fulfill a traditional third-gender ceremonial and social role within their cultures. The term encompasses multiple understandings of gender and sexuality among indigenous North Americans. It was formally adopted in 1990, though its roots date back centuries.

The term does not diminish the tribal-specific names, roles and traditions nations have for their own Two-Spirit people. Examples of such names are the winkte among the Lakota and the nadleeh among the Navajo people, says Neptune. 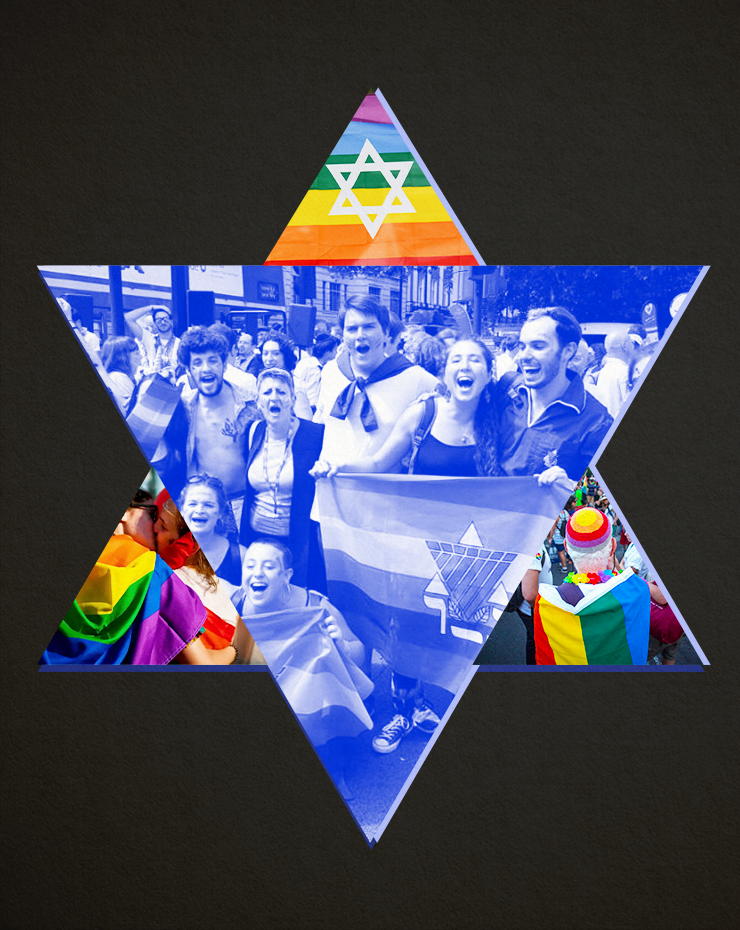 The collage seen here was made to honor the Jewish people in the LGBTQ+ community.

The Reconstructionist movement was the first Jewish denomination to accept gay people as rabbinical students in 1984 and have allowed rabbis to officiate same-sex marriages for even longer, says the website My Jewish Learning. The Reform Judaism movement fully endorsed marriage equality by the mid-1990s, about two decades before it became legal across the United States. The Conservative movement reversed its longstanding ban on gay sexual activity a decade later and allowed gay and lesbian rabbis to be ordained. In 2012, the movement endorsed marriage equality.

In June 2017, three marchers participating in the Chicago Dyke March were asked to leave because they were flying Jewish Pride flags, the Washington Post reports. The organizers saw this as an expression of Palestenian oppression and support of Israel, which has been accused of pinkwashing. The three marchers claimed they were instead showing pride in their combined identities and did not carry their flags to show support of Israel. 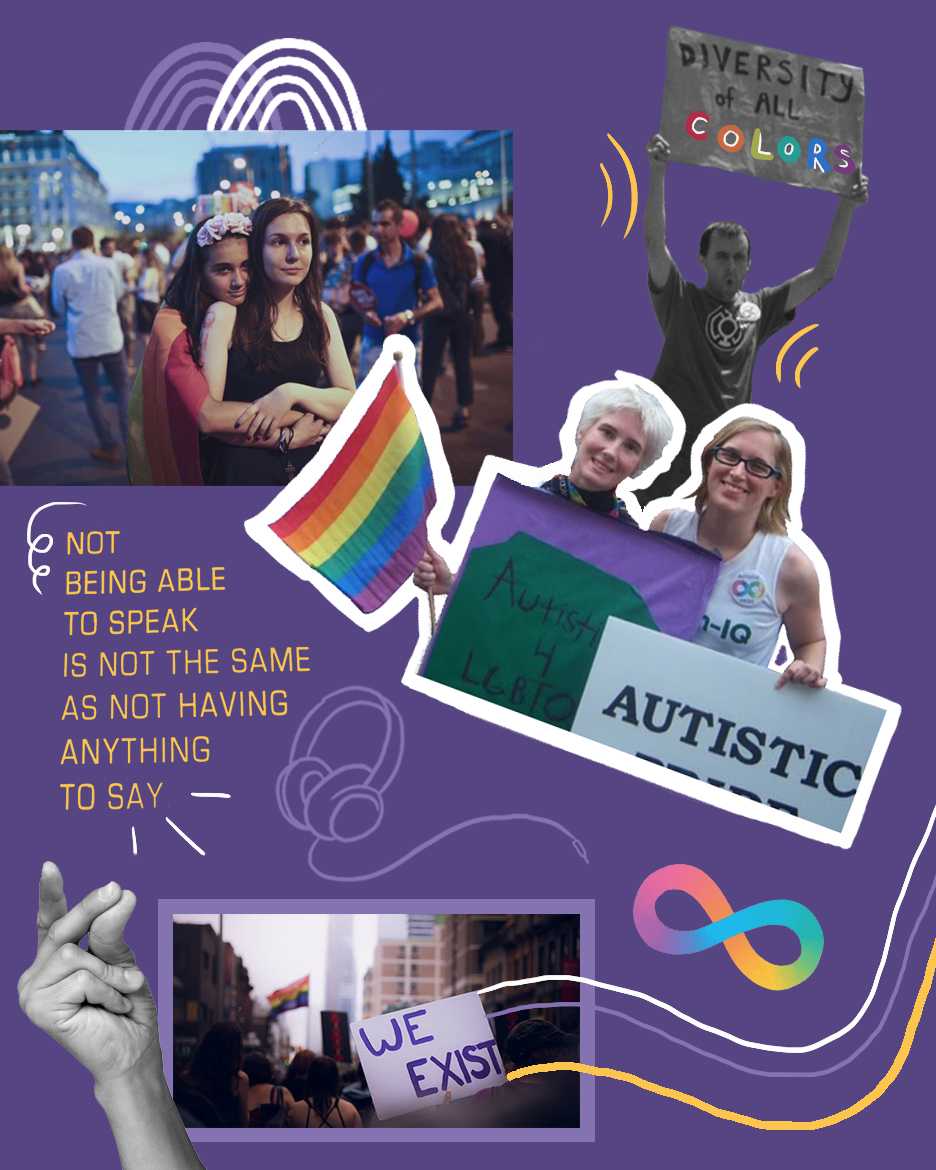 This collage recognizes individuals who are on the autism spectrum and identify as LGBTQ+.

Nathan Morgan, early intervention/school age coordinator at Milestones Autism Resources, writes that about 20% of autistic individuals identify as LGBTQ+, with approximately 10% of autistic individuals identifying as asexual and 10% identifying as lesbian, gay, bisexual, transgender or another sexuality or gender identity. The reasons are not fully clear as to why people with autism identify as LGBTQ+ at a higher rate than neurotypical people, but according to Morgan, one possible explanation is that people with autism are often less compelled to hide their identity or conform to societal norms. However, being on the autism spectrum may also delay an individual’s recognition of their identity, and it is never too late to discover oneself.

The “double rainbow” of being both autistic and LGBTQ+ is just beginning to be more accepted and understood. We have a long way to go, but people are beginning to understand that autism does not guarantee asexuality, nor are autistic people’s identities always heterosexual and cisgender.

The intersection of being LGBTQ+ and being autistic should be normalized, without making anyone feel like they have to alter who they are in order to fit into society. 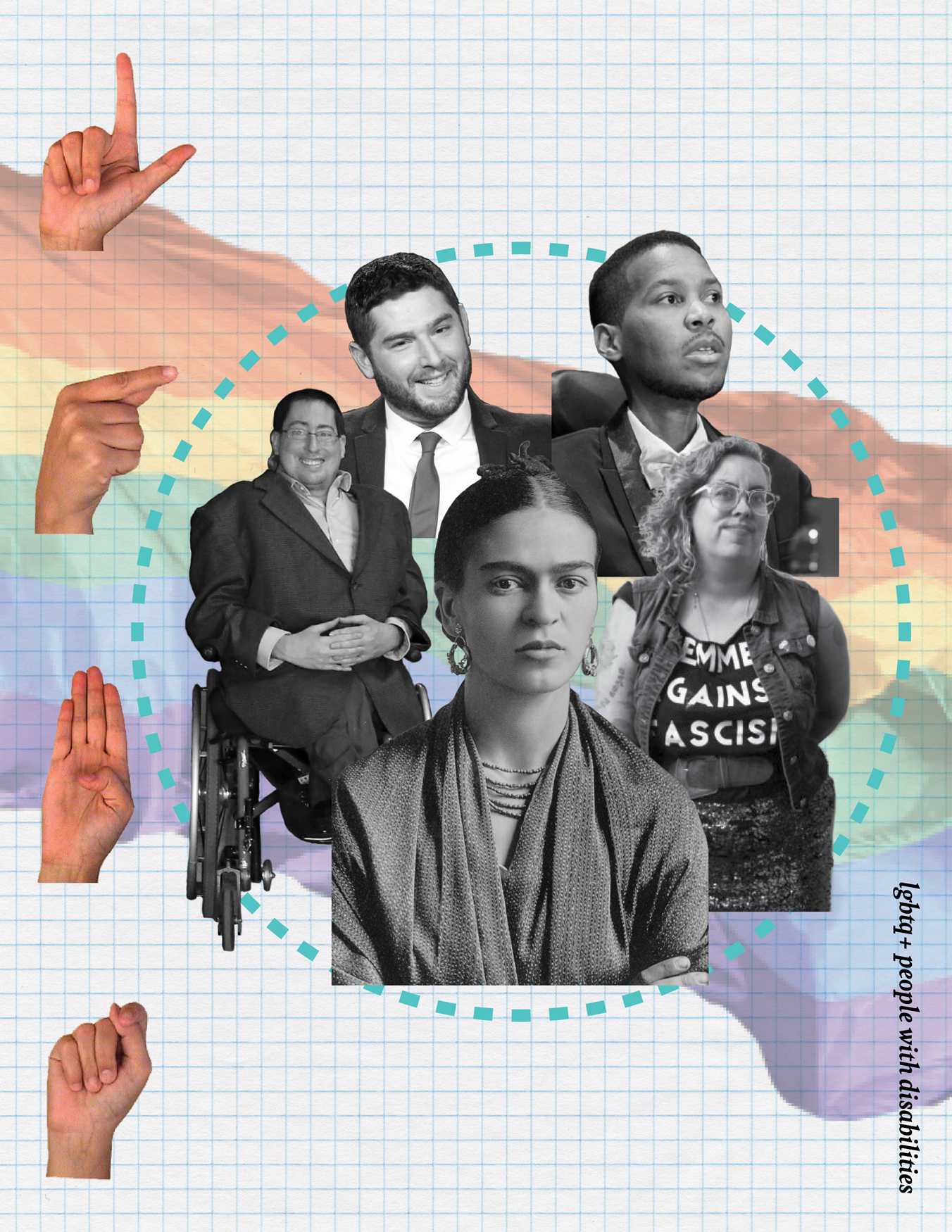 This collage is inspired by the relationship between the LGBTQ+ and disabled communities.

LGBTQ+ and disabled people have been fighting for many common issues such as marriage equality, fair housing and equal employment.

This #bar review takes Kelli and Kristen to #101 Bottles in #Kent.