#Ed Sheeran: The loveliest singer-songwriter from Halifax, England you’ll ever hear. All the man needs is his guitar, and he’s suddenly swooning you with a voice smoother than Betty Crocker’s butter.

I got the chance to see Ed perform on his “#VH1 You Oughta Know Tour,” when he came to Columbus in August. You might not realize this if you see him live, but he records all of his beat boxing and backup vocals for his Album while he’s performing on stage.  He uses a special microphone that records his backup vocals while he sings. If you like mellow music with a message behind the lyrics, you’ve gotta give this guy a listen.


Ed’s album #Plus reached quadruple platinum in the UK, selling over 1.2 million copies. I bought the album when it released here on June 12 at midnight, and I listened to it on repeat for hours. It’s one of those albums that is just so full of passion and emotion. Some songs even made me cry, especially “Small Bump.” It turns out Adele isn’t the only one who can sing about her ex and make some money from it, because it’s rumored that all of his songs with the exception of “Kiss Me” and “The A-Team” are about his ex-girlfriend Alice.

If you can’t get enough Sheeran after listening to the regular album, there’s a deluxe version housing four additional songs. It’s only $2 more than the regular version, and your ears will thank you kindly for spending the extra money.

Here are a few of my favorite tracks:

“Give Me Love” is my favorite song on the album. The lyrics are powerful, and it even has a hidden track at the end that has an 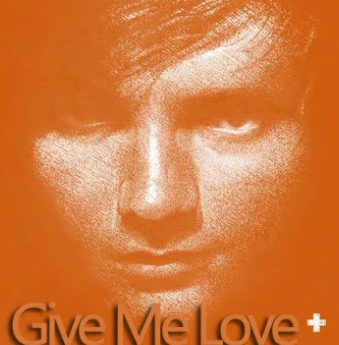 Irish and Scottish traditional folk feel. It’s beautiful and adds so much more emphasis to the message of the song.

“Small Bump”  starts out as a sweet song that makes you happy– until you get to the last couple of lines and it tears at those heart strings.  It’s written beautifully to showcase the pain that people go through after losing a baby.

“Kiss Me” is a super sweet love song. Ed’s godparents wanted to him to play one of his songs at his wedding. He didn’t like any of the ones he had, so he wrote this track specifically for them.

I could go on for ages about  how each song moves me, but you won’t really know unless you take the time to listen to Ed yourself. Ed might be up and coming like’s he’s fucking in an elevator, but he sings with a passion that we just don’t get to hear in music anymore.

Take a listen to Ed and share what you think in the comments section. I’d love to hear your thoughts, too!

This past summer, Cleveland’s #LGBTQ population was disheartened by the sudden cancellation of their official Pride Parade. But thankfully, for the first time ever,…