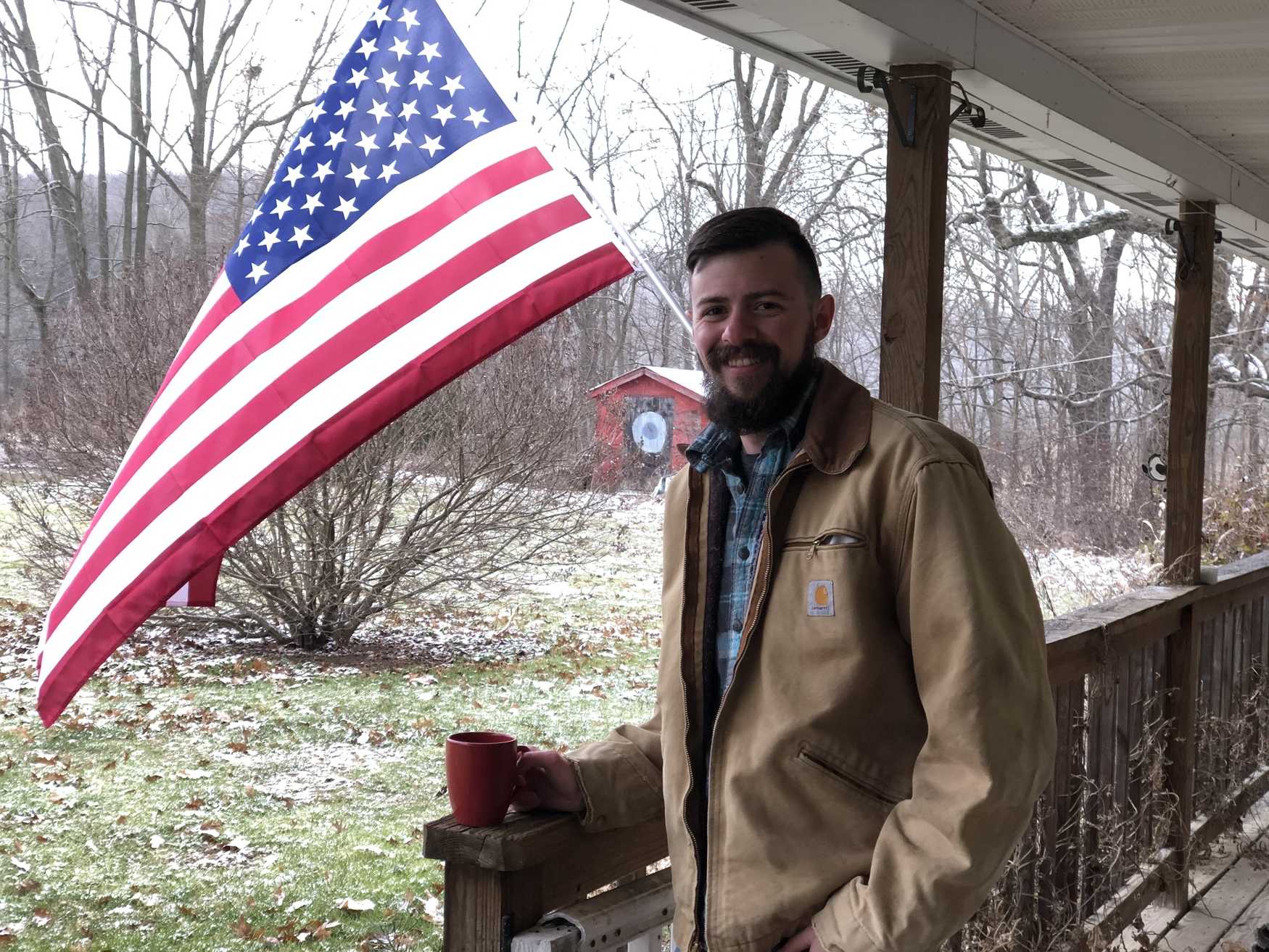 In July of 2017, former President Donald Trump took to Twitter and proposed a ban on transgender people enlisting and openly serving in the military, overturning an Obama-era decision that allowed transgender Americans to do so. This decision resulted in several lawsuits, such as Stockman v. Trump, which asserted that the ban was discriminatory in nature. Kent State graduate student Nic Talbott, 27, was one of several plaintiffs in Stockman, stepping up when the LGBTQ+ community needed him.

Talbott, a trans man from Lisbon, Ohio, says he always knew he was transgender, even before he learned the word. He recalls first learning the term when he was 12 years old on a student ambassador trip to Australia. While there, he met another American student who provided some clarity: “She was the one who said to me, ‘Nic, I think you might be transgender,’ and I said, ‘I have no idea what you’re talking about. What does that even mean?’”

Once back home, Talbott relied on Google searches to figure out what his friend meant. Now with a word to describe who he was and how he felt, he slowly began to come out to his close friends. Around 14 years of age, he came out to his family, and a couple of years later, he started to transition.

Coming out as a transgender man in rural Ohio was a challenging experience, according to Talbott. He recounts, “It is difficult to transition at all in high school. I was one person around all of my friends and another person around all the adults in my life. When I went to college, I was able to just start living full time as the person I wanted to be.”

In college, Talbott was also able to explore his interest in the field of criminal justice. He is currentl working towards a Master’s degree in criminology with a concentration in global security and says, “through my education, I realized I should pursue a career in the U.S. military. It’s the perfect path. They offer great opportunities for real hands-on experience and career growth.”

According to the Williams Institute, the U.S. military is the largest employer of transgender Americans. It is estimated that 21.4% of all openly transgender people in the United States have served or are currently serving in the military, while the rate of military service for the general population is approximately 10.7%.

This diversity is what drew Talbott to military service, as he appreciated how the military brings individuals from different backgrounds together to create a team. He says, “I think, ultimately, most of the people in the military don’t care if you are male, female, transgender, gay, straight … they just care if you can show up and do your job.”

When the Obama administration first decided they would allow openly trans individuals to enlist in the military, Talb 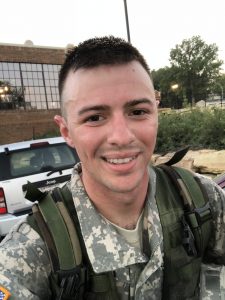 ott had already graduated from Kent State with his bachelor’s in sociology in the spring of 2015. He recalls, “I was absolutely thrilled. I was out of state due to my summer job at the time. As soon as I returned to Ohio, I began to get in touch with every recruiter I could find a phone number for.”

Talbott recalls that he was “on the phone and computer all day long talking to recruiters” from the Army and Air Force and was eventually able to enlist. However, during that process, Talbott was suddenly told that he might no longer be eligible due to Trump’s proposed ban.

“When the former president Trump made his tweet announcing the ban of transgender people from serving, I was crushed,” he says. “Such a devastating moment, you know? Especially due to how the announcement was made over social media. That was salt in the wound.”

Talbott knew if the policy was enacted, he would no longer be able to pursue his dream career path. Using the same platform that Trump had used to deliver the crushing news, Talbott used Twitter to speak out against the policy and contact others affected by the ban. He would eventually become one of seven plaintiffs in Stockman v. Trump, alongside six other trans people who were currently serving or enlisting when the ban was announced. Equality California, an LGBTQ+ civil rights organization for Californians, and the State of California also became plaintiffs in the suit. Two organizations with extensive backgrounds in LGBTQ+ law have provided legal defense: GLBTQ Legal Advocates & Defenders (GLAD) and the National Center for Lesbian Rights (NCLR), along with law firm Latham and Watkins LLP.

Equality California, GLAD and NCLR filed a motion in the U.S. District Court for Central California to immediately stop the ban in October of 2017. The judge granted that motion in December, and though the Trump administration attempted to dissolve it, they were unsuccessful and the motion stood. However, the administration still began enforcing the ban and the defense team filed additional briefs, this time in Washington, D.C.

Before those briefs were heard in court, Trump was succeeded by President Joe Biden, who overturned the ban within his first few days of office, NBC reports. Talbott says that it “is an incredible first step” but that “we do still have trans people in the service currently who are being affected by old policies.”

“What we need to do is have actual legislation put in place so that this can never happen again,” he says. “As it stands, any other president could come in and just write another executive order and reverse the decision.”

Looking at the bigger picture, Talbott notes that what we need to be working toward is creating equal opportunities for all U.S. citizens, especially those who are most marginalized. Outside of issues related to military service, the trans community continues to face various forms of prejudice and discrimination. According to the Human Rights Campaign, trans individuals are often failed by the legal system, which does not protect them against gender-based discrimination, and the healthcare system. The Center for American Progress reports that  29% of trans adults have been denied healthcare solely based on their gender identity. Additionally, trans adults are disproportionately affected by poverty and violence. Transgender people of color often face these issues even more acutely due to the combined forces of transphobia and racism.

Talbott believes that all of this is unfair and needs to be addressed. He says, “transgender people are just like anybody else. We are just people. We just want to be able to live our lives, go to work, have a family, just go through all the normal motions of life. Doing so like anybody else without having to worry that we’re going to lose our jobs or our homes or potentially our families just because of who we are … we just want to be treated like everybody else.”