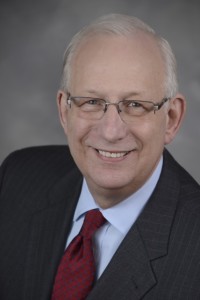 In 2009, Lester Lefton was the final piece of the puzzle needed to bring domestic partner benefits to Kent State University. However, it did take some time to get there.

“On one hand, Kent State had been incredibly progressive […] but there was that missing administrative link,” said Molly Merryman, Department of Sociology and co-coordinator for the LGBT studies program at Kent State.

“It was bizarre,” said Professor Patti Swartz, English Professor at the East Liverpool branch campus. “We had an interdisciplinary LGBT minor, but no domestic partner benefits.”

According to Merryman, the fight dated all the way back to the 1990s, with the creation of the LGBT studies minor. At the time, the Kent State University College Republicans were campaigning within the university, as well as statewide, to have the course banned. Around the same time, the Kent State Division of Human Resources established a committee to explore costs and ramifications of extending domestic partner benefits to GSM employees of the university.

“The road to domestic partner benefits was rocky, and full of evasions despite the fact that the University pointed to its liberal nature by virtue of having the oldest [GSM] organization and a minor in LGBT Studies” said Swartz.

The lack of domestic partner benefits also affected hiring and keeping professors at Kent State. Professor Robert Johnson, former Chair of Sociology, “gave as his reason for leaving the university and taking a position in Florida because of the lack of domestic partner benefits” said Swartz. “He provided space for the first library of LGBTQI books in Merrill Hall and a safe space for students to access those books. He was tireless in working to prevent hate crimes and gain respect and protections for LGBTQI people. It was a tremendous loss when he left the university.”

However rocky the road was, it would smooth over as one president left and another took her place. Lester Lefton became Kent State’s president on July 1, 2006. It didn’t take long after that to gain the headway needed – in 2008, domestic partner benefits were negotiated through American Association of University Professors (AAUP) with the university administration, and were finally made available to the university staff in 2009.

The change was significant, said Merryman. “With the prior administration, when it came to issues of sexual orientation and gender identity, we did not feel listened to or respected in a significant way.”

A few weeks into President Lefton’s start at Kent State, Merryman met with him to lay out the issues. Within a week, she had a response from his office.

“It started off by saying, ‘We’ve looked into what you’ve said about domestic partner benefits, and we’re going to work on a change, and we’re also going to look into the other climate issues.’ And when the position for the Vice President of Diversity and Inclusion was created, I was appointed onto that committee by the president to represent LGBTQ issues and concerns,” said Merryman.

It didn’t stop at domestic partner benefits. “When we opened up the LGBTQ student center in 2010, he absolutely made sure that he was there as a speaker, and it was something that his office was very determined that he was going to fit that into his schedule,” said Merryman. “It wasn’t something where he came in, spoke, and left. It was something where he hung out at the reception and was sitting with students and talking to them, and I remember just thinking, ‘Okay, things are different. Things are definitely different.’”

At the end of the day, one of the greatest rewards from receiving domestic partner benefits has been the sense of acceptance within the university. As Swartz said, “The sense relief, freedom, and being valued for who we are was incredible.”

The progress doesn’t have to stop at domestic partner benefits for staff or the LGBTQ center.

“I think a new president could provide more funding for [GSM] students and the university community and for diversity on the campus,” said Swartz. She went on to suggest well-known speakers to come in each year and discuss LGBT issues and history, as well as more events to raise awareness of GSM issues.

“Simply, a top down approach to oppose bullying and prejudice would be very helpful.”

In my last blog, I thought I was Dr. Oz. This week, I’ll be his close friend, #Oprah. Here are my #favorite things (from…