After running a campaign fueled by the notion that bigotry fixes economic problems, Donald Trump won the electoral college. He did not win the popular vote, which means that although fewer people voted for him, he still basically wins the election. The man who called Mexicans rapists, proposed religious discrimination for entering the US and bragged about committing sexual assault, is now the president-elect. And a man who championed “religious freedom” discrimination and supported using HIV treatment funding for “gay conversion therapy,” is the incoming vice president. Congress is still controlled by the Republican Party, whose platform includes reversing or opposing several different #LGBTQ rights.

Firstly, your fears and feelings are valid. They are real, understandable and you have a right to feel and express them. Since election night, I’ve hugged, cried, driven fast on back roads while screaming along to the radio. Friends called to ask how I’m holding up and I did the same for them. I talked about how terrified I am to lose my access to testosterone, my bodily autonomy, my right to marry who I love and to use the restroom at the statehouse.

I’m afraid to lose my rights and I’m also afraid of the prominent violence and harassment against minorities, but I’m not alone with those fears. I’m also not a law expert and neither are most people. Some people say Trump and his administration, a Republican congress, and at least one Trump appointee on the Supreme Court can’t actually do all the things we fear. Others have attempted to outline the possibilities. Time will tell, but if you believe it can’t hurt to be prepared, here is some information for you.

Most importantly, don’t lose hope. We live in an enormous country on an even larger planet. Like-minded people exist all around, even outside of blue states and the metropolitan areas of red states. If you haven’t found a group of true allies and compatriots, now is the time. Despite how the electoral map looks, there are people who know that LGBTQ people, women, people of color, Muslims, Jews, people without US citizenship and disabled people are fully human, deserving of equal rights and respect. We’re here and we’ve got your back. 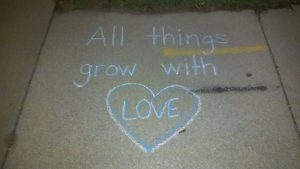 Part One includes resources for well-being and survival. Part Two will discuss organizing for social change. Please note that neither Fusion Magazine nor I, the author, necessarily endorse or share affiliations with any of the organizations or individuals whose resources are described here. This article is solely to share information. Although much of this information pertains to LGBTQ people in northeast Ohio, some of it is relevant to LGBTQ people anywhere in the US.

Trump has said that he plans to repeal the Affordable Care Act. He backtracked this week, but some people feel it’s prudent to plan for the worst.

Mike Pence and many other Republicans oppose a person’s right to choose whether they become or stay pregnant. So, consider what you would do if that happens and how you can prevent it. Planned Parenthood, a frequent target of right-wing attacks, offers reproductive healthcare and educational info on a sliding scale based on income. Afterpill sells emergency contraception (commonly known as ‘Plan B’ or the ‘morning after pill’) cheaper than many retail stores. There are many options for hormonal birth control, such as an IUD which can last up to ten years. Project Ruby helps people access birth control. Shortly following the election, a Facebook page called Underground Contraception Project emerged, dedicated to helping people find birth control and other crucial medications, in case they become harder to acquire.

For trans people, continued access to hormone replacement treatment is vital. The Pride Clinic in Cleveland prescribes hormones based on informed consent. Dr. Henry Ng at the Pride Clinic works as an advocate, helping trans people afford hormones and surgeries. Additional practitioners also prescribe hormones if you provide a permission letter from a therapist.

PrEP medications may prevent the transmission of HIV. HIV treatment is also available through several community health organizations. Equitas, which has locations in Akron and other Ohio cities, describes their mission as being a “gateway to good health for those at risk of or affected by HIV/AIDS, for the LGBTQ community, and for those seeking a welcoming healthcare home.” Canapi is another organization in Akron “dedicated to HIV support services and LGBTQ advocacy in Summit and Portage counties.”

Here is a compilation of LGBTQ resources in the Columbus area. Also, the city of Columbus enacted an initiative for LGBTQ health and they link to another list of resources. 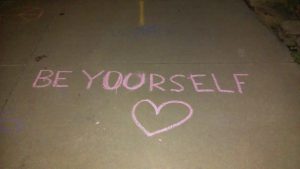 Outside of Ohio, LGBTQ wellness organizations and providers in the Midwest include the Howard Brown Health Center in Chicago, the Mazzoni Center in Philadelphia, Eskenazi Health in Indiana, the Central Outreach Wellness Center in Pittsburgh, and various organizations in Iowa, Kansas, Michigan, Minnesota, Missouri, North Dakota, South Dakota and Wisconsin.

Though it’s dated 2013, here is the Advocate’s list of the US’ most LGBTQ-friendly hospitals.

If you may not be able to afford prescriptions, Good Rx is a search engine designed to find the cheapest medication prices in your area.

If you’re looking for a therapist, Psychology Today and Good Therapy both allow users to search for therapists who describe themselves as gay-friendly.

Finally, if you’re feeling hopeless or suicidal, please call the Trevor Project or Trans Lifeline to speak with someone. Crisis Text Line is a text-only option if you don’t want to talk on the phone.

TransOhio writes, “Because of the many uncertainties after this election as to possible repeal of Executive orders and policies of President Obama’s administration, it is recommended that if you are able that you as a transgender person do any necessary changes to your social security records or passports under these current policies before the possible changes take place. TransOhio is working with our community partner Equitas on scheduling one more free legal clinic for name and gender marker changes in next few weeks. We also will be releasing information shortly on the dates of such clinics around the state of Ohio beginning in January of 17. Locations include Columbus, Dayton, Akron/Canton, Cleveland, Youngstown, Toledo and Cincinnati. If you know of any lawyers and law students in these areas outside of Columbus who would help in this work/ project, please let us know. Again, we will continue to all we can do as an all volunteer organization to help the transgender and gender non conforming community in Ohio in these uncertain times.”

Here is additional legal info and resources for all states.

Here is the Human Rights Campaign’s list and map of cities, counties and states with non-discrimination laws.

Movement Advancement Project has a map of non-discrimination coverage by state population, including gender identity/expression and sexual orientation. It also includes cities and counties. 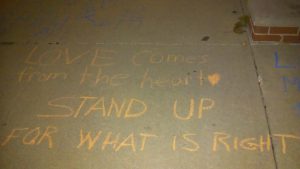 *Homeless shelters are often segregated by gender and thus vary on whether trans people are welcome and/or safe there.
*Loans may carry high interest rates and other financial risks. 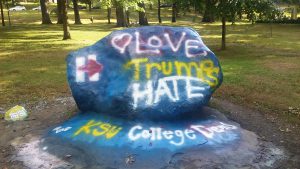 Transgender Housing Network describes itself as, “a temporary housing network intended to connect trans people in need with with safe and supportive places to crash.” Queer Housing also publishes listings for LGBTQ renters to connect.

Survival guides with tips for living without a home:

Refuge Restrooms is a website and mobile app which documents single stall and gender neutral restrooms in a given area. 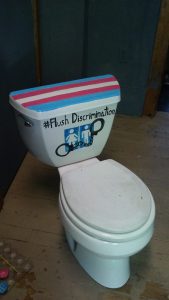 Toilet painted with the trans flag, a bathroom sign, handcuffs and “flush discrimination.” Photo and art by MJ Eckhouse.

Generally speaking, smaller businesses are more likely to have single stall restrooms because of their limited space. If you’re worried about a confrontation, it may be wise to avoid restrooms in places where people are intoxicated or otherwise more likely to start an altercation. If nothing else, construction sites often have porta-johns which are gender neutral.

If you’re feeling afraid, please remember that you’re not alone. We are here for each other and we must continue. Many people talk about how generations before us have suffered through political instability, violence, discrimination and even genocide. They are basically correct. However, when they say “and they survived,” that is only a partial truth. Of course, the LGBTQ community has faced enormous obstacles in the past. Some survived, some did not. But there’s hope and there’s love. Right now, we need to love each other and hope for the best while protecting ourselves. Like we have been doing since fighting back at Stonewall, we need to stick together, organize and most of all, never give up.

Season 2, Episode 2: “Without a Country”   Previously on #Empire: Lucious found out he doesn’t have ALS, which means he might be around…