Ohio’s opioid epidemic has made national headlines due to its horrific potency. In 2014, Ohio led the nation in overdose deaths and the rates have remained high since. Currently, the number of overdose deaths exceed the state’s capacity of morgue space.

The epidemic’s impacts are far-reaching and addiction doesn’t discriminate. However, the #LGBTQ community is at particularly high risk for substance abuse.

Keating noted that 80-90 percent of addiction victims have a background of trauma. She elaborated,

“There’s a spectrum with addiction. You have people who are in early addiction, and they might have a mild addiction, versus people who are instated, really chronic addiction. When you get down to this end of the spectrum, most people are traumatized. The folks that can get into recovery easily, with family support or A.A., those folks might not be as traumatized. But those folks on the other end…in residential treatment, I’ve never seen one person who wasn’t traumatized.”

However, family acceptance doesn’t necessarily prevent addiction. The parents of Will Chritton, a former Kent student who died of a heroin overdose in December, accepted their son’s sexuality. But as his father, Michael Chritton explained, opioids prescribed for pain management led Will on a “downward spiral” into addiction.

“He was a wonderful guy and a tortured soul,” said Michael. 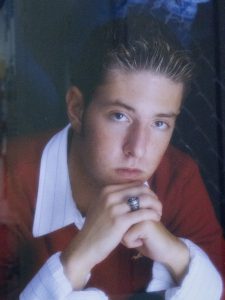 He explained that he and his wife figured Will was gay from a young age and that when he came out to them, it was a non-issue. However, some of Will’s friends’ parents didn’t accept their gay children, which made him feel understandably nervous.

“Trying to pass for straight or play straight took a toll on him,” Michael explained. “All through his life I was pissed off because I felt like people picked on him because he was different.”

Addiction Center, an informational website, states that LGBTQ people are 9.5 times likelier than heterosexuals to become addicted to heroin.

Sean Cleland, a former Kent State student and ally of the LGBTQ community, noted that being abandoned is a major traumatic factor that easily leads to drug addiction.

“I think that any form of disconnectedness […] the idea of cognitive dissonance between people’s acceptance of fact, and our perception. I think we want our families to love us, our families to tell us they love us, and sometimes the perceptions and the feelings of how we feel treated by people, I believe that can cause a lot of trauma. And there’s direct correlation between trauma and drug addiction.”

Another traumatic factor that can lead to drug addiction, especially among LGBTQ youth, is homelessness. According to research by The Williams Institute of the UCLA School of Law, 40 percent of homeless youth are LGBTQ. The research notes that this family abuse and rejection are causes of this homelessness.

“Homelessness is a huge traumatic experience. People who are homeless live in a state of anxiety, trying to scrounge for a meal, trying to do what they need to do. […] we’ve seen a lot of homeless kids who are from those communities. Because their families disown them. That’s definitely a factor. It’s been my experience, I’ve never had a person who’s had an addictive thing going on that hasn’t said ‘I didn’t feel like I belonged.’”

Keating continued, explaining that dissonance and feelings of abandonment cause LGBTQ youth to seek acceptance elsewhere. Drugs such as heroin can be a swift choice, especially when they’re easily accessible. According to Keating, heroin gives the user a warm sensation that could feel like a replacement for the love their family and friends deny them.

Miles Ehrman, a trans man and Kent native, shared about his former struggles with drug addiction. Now, he uses his recovery experience to help others by working at a treatment center. He explained why LGBTQ youth use drugs such as heroin to escape their shame. 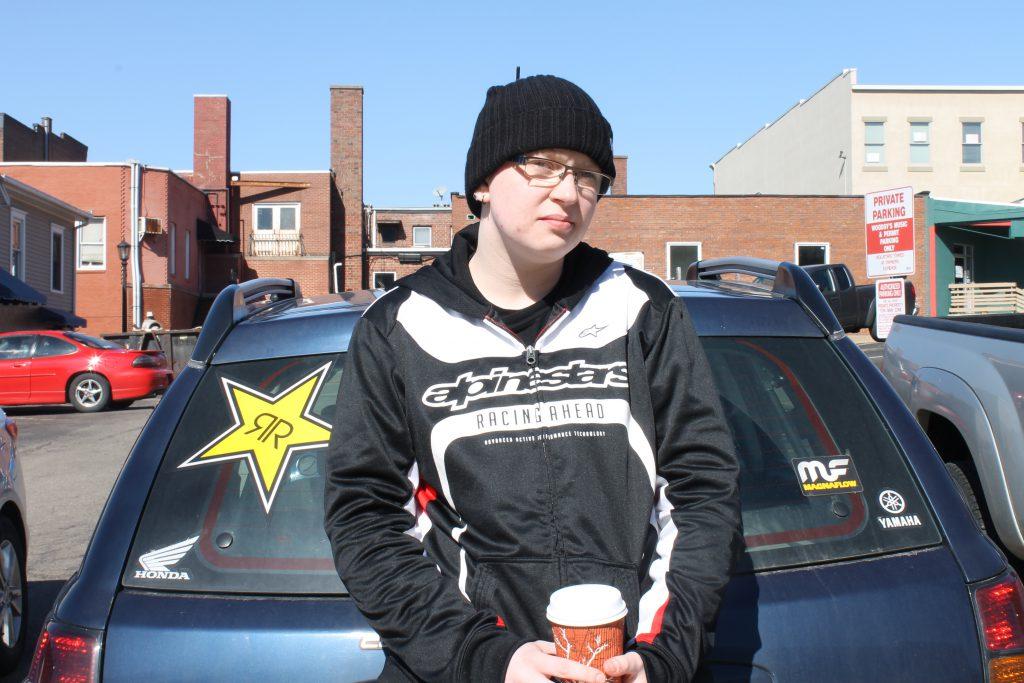 “Substance abuse is one of the most common ways that individuals in the LGBTQ community deal with that shame, that anger, that fear at themselves.”

Rejection can be especially prevalent for trans people.

“Not until fairly recently have I felt that acceptance. Within the last four or so years, before that, I was in a state of denial. I wasn’t the kind of person that anybody wanted to be around, I didn’t want to be around me. It was easier for me to hide in my use of drugs and alcohol,” Ehrman explains.

Ehrman explained that stigma is another major factor in addiction within the LGBTQ community. This stigma seems to be influenced by fear of AIDS, which, according to Ehrman, recently made a disturbing return.

“There is a resurgence of the HIV/AIDS issues coming about, especially with the extreme uptake in IV heroin overuse. And it’s not just in the LGBT community, it’s everyone. Since there’s so many more people who are using IV drugs, it’s spreading at a really quick rate. And the thing is, people don’t know, so they won’t say something. So, it’ll get passed along, and it’s even more prevalent in the LGBT community, because of that stigma with HIV and AIDS, and with substance abuse itself so they kind of go hand in hand, and they end up causing a whole lot more problems for the community.” 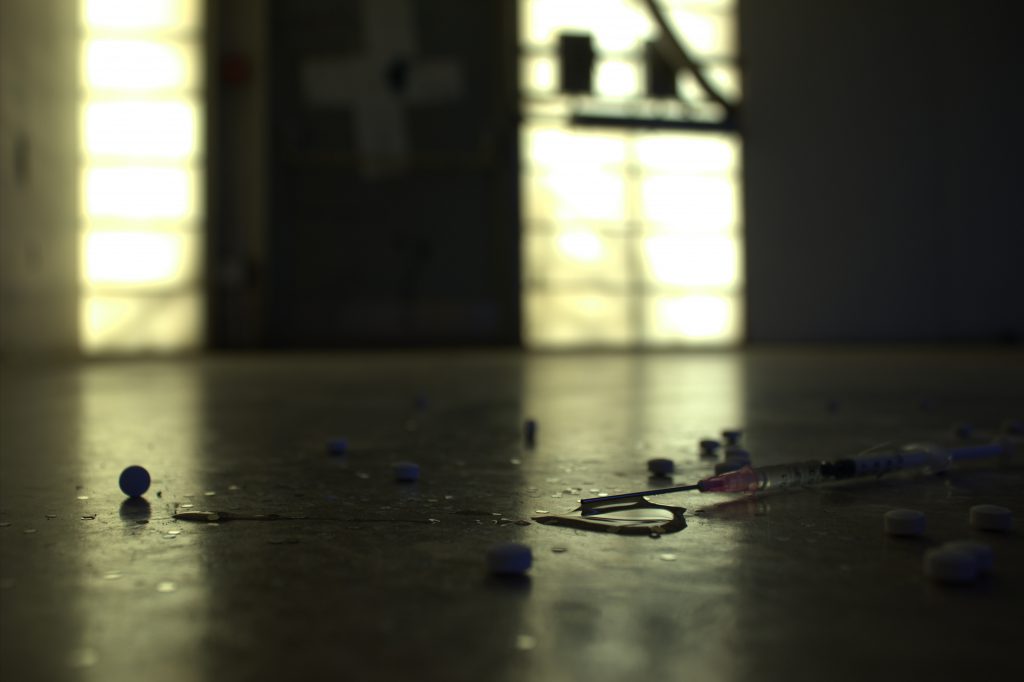 Ehrman discussed the challenges trans people face at rehab centers, both as employees and clients.

“Things are changing, they’re changing slowly, but they’re changing, and that’s what we need to be proud of. In the agency that I work for, I am the only openly transgender employee. That’s breaking a lot of boundaries, and it’s changing a lot of things. It’s teaching my agency not only how to have a transgender employee, but how to have a transgender client. That’s one of the things that this field really needs to know, is how do we have clients who are gay who are in residential treatment, how do we have clients who are transgender in residential treatment?” He explained.

Inpatient rehabs are often marginalizing and unsafe for trans people since they are segregated by gender. Concerns about treatment providers lacking empathy or cultural competence can prevent people from asking for help, even when they know that they need it. Ehrman says that whether LGBTQ addiction victims can find knowledgeable providers largely depends on the person’s location.

“If we have a trans woman come to treatment, it’s very likely that the judge isn’t going to understand. Especially if she’s court ordered, it’s not likely that the judge is going to understand, and send her to our women’s facility. That judge will send her to our men’s facility, and that’s where I step in. That’s when I say, ‘now hold on a second here, this is something that we need to look at.’ So, it’s changing very slowly, but it will change. […] Equality is slow, but it’s getting there.”

A major question arises regarding government response to the opioid epidemic.

“No one has [done enough]. City government, state government, counties, no one has. No one knows what to do. Heroin is killing people at such a high rate that all they can do at this point is bury the bodies and pray,” Ehrman said.

However, Ehrman believes that the CARA Act (Comprehensive Addiction and Recovery Act) will help. The act, which President Obama signed into law, increases funding for addiction treatment.

Progress can be frighteningly slow. Both for Ohio’s opioid crisis and LGBTQ equality, people can maintain hope but must keep fighting to survive.