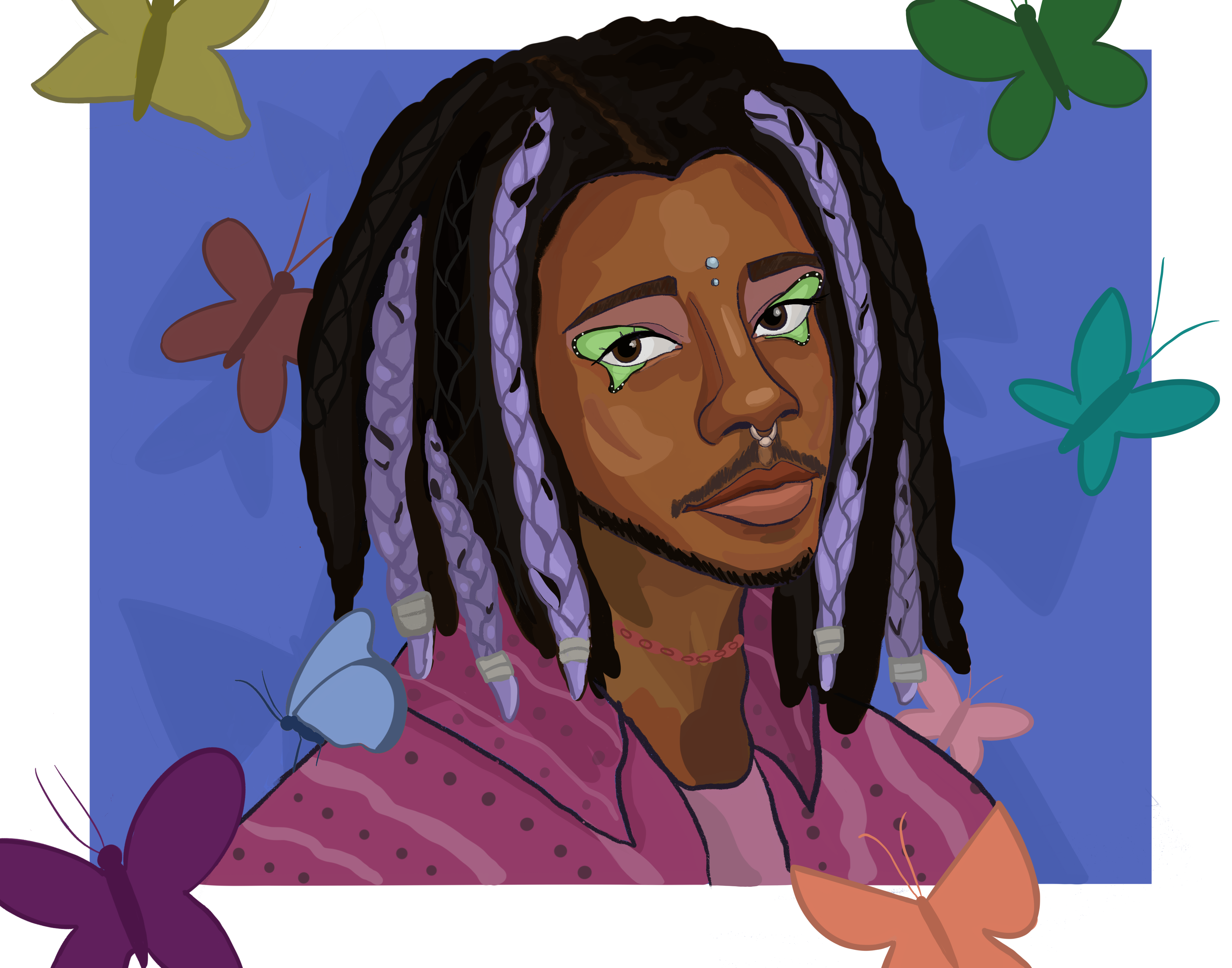 Shamir Bailey, known by the mononymous name Shamir, is a creative visionary breaking through the contemporary #music scene. The 25-year-old Philly-based artist, who is nonbinary and uses he/him and she/her pronouns, has been creating innovative music for several years, as well as taking on acting roles. His breakthrough record “Ratchet” gained popularity and commercial success upon its release in 2015 with songs like “On the Regular” and “Call It Off.” In the years since then, Shamir has released four albums, each more unique, mature and honest than the last. October 2 marks the release date of Shamir’s highly anticipated self-titled album. The new album will be available on Spotify, Apple Music and Bandcamp

It would be difficult to frame his music within a single genre, but the eclectic artist ranges from indie-rock, electro-pop and punk rock. Shamir’s pop-centric approach earlier in his career gradually shifted into a diverse range of genres as he has evolved as an artist. Shamir also has an extensive collection of collaborative work. He has appeared on artist records with Rina Sawayama, Teagan and Sara, House of Feelings and the Netflix original soundtrack for “Dear White People.”

What makes Shamir stand out from other artists is his ability to express such raw emotion in a perceptive yet beautiful way. Shamir is a very genuine musician, and this is present in each of his songs, regardless of the themes. His songs are personal and have hit close to home in a way that really connects with the listener. From the introspective and upbeat “On My Own” to the bittersweet and melancholy “Lived and Died Alone,” Shamir possesses a range that is a breath of fresh air in the modern music scene.

Shamir’s music has dealt heavily with personal relationships. His songs explore all the beauty, struggles, imperfections and heartbreak these entail. In an interview with Wussy Magazine, he was asked how #LGBTQ+ people fit in a music industry where it seems romantic and sexual desires are such a prominent driving force in lyrical content.

“Where you’re non-binary, you’re somewhere in the in-between, you know?” he says. “A lot of times it’s really hard to find a place within sexuality because you might lack, for other people a ‘more firm sexuality’ whether it be gay, straight, or even bisexual.”

Ultimately, Shamir has a flair for creating impactful and vivid music. He can truly capture the essence of both universal and particular emotions through articulative songwriting. Through the themes of mental health, acceptance, confidence, loss, sadness and love, Shamir explores the honesty and beauty of these personal experiences that successfully resonates with listeners.

We twenty-something’s are good at pointing out every little flaw in a person, and labeling them one way or another. Actually, I take that…