Many consider William Shakespeare to be among the greatest writers to ever live; he certainly had the most nuanced sex jokes. His name is a sex joke. He also had pretty cool facial hair.

Shakespeare has been quoted and referenced the world over, staged by men of all ages, and eventually female actors were Ophelian-g the power of his words, too. One of his most notable passages comes from Romeo and Juliet, Act II Scene II:

What’s in a name? that which we call a rose

By any other name would smell as sweet”

Joke’s on you, Willy Jerkdick: since changing my name to Sylvia from my birth name I smell so much better. On any average day I am either wearing Ban or Lady Speed Stick, compared to Axe Body Spray of yester-gender. On a really good day, on a date or dance night, I am probably wearing Sweet Pea by Bath and Body Works, compared, again, to Axe Body Spray of yester-gender. Anything that can be turned into a flamethrower probably isn’t good for me, anyway. (My parents caught me doing this once, but I like to imagine that I was burning the musk of fuckboys everywhere.)

But of course, Bill Shaky didn’t mean it in this context. He means to suggest that a name is accidental to the beauty found within a person, which is a nice thought. For example: I can continue to bom-Bard you, the reader, with silly versions of his name, but he will still be highly regarded for his wit and lyricism.

I’d like to think that my essence as a person hasn’t changed with names. My voice, mannerisms and types of socks may change. Shoes change, too, but walk a mile in them and you’ll walk the same mile I’ve always walked — uphill both ways, in the snow, like I was on my way to school in the 1950s. Sometimes somebody with a kind heart and strong arms shovels the sidewalk for me, but sometimes they stay in bed. They do what they can, and I understand well.

The Great Misnomer in the lives of #transgender people is the word “transition.” There is no beginning or end, as the word suggests. For instance: I am female, despite the “M” on my birth certificate. I still identify within the gender binary of male and female, though many are between male and female, outside of the binary entirely, or choose not to use such a construct as a compass to describe their intricacies. This includes genderfluid, genderqueer, agender, bigender and nonbinary individuals, who can also change their gender expression over time to reflect their identities and goals. Some people choose not to “transition” at all, and that’s okay too.

In our attempts to communicate our experiences to cisgender people, many of whom mean well, we reduce our lives of complexly interwoven events to a single word. It is done for brevity and comprehension; it is not an act of self-deprecation or an assessment of our value. I resist the urge to cast cisgender people as an “other” who are incapable of understanding our lives, but many transgender people do, with true justification. Since many cisgender people see us simplistically and do little to understand our ways of life, we are forced to make things simplistic in kind.

I always doubted the gender identifier wrongly given to me, a disillusionment that I couldn’t articulate for quite some time. I didn’t have a grasp over the impressed concept of maleness, and I lacked the insight that may have explained how I felt. Most of the time I tried to act “like a boy,” under the pressure of outside expectations, because the perceived alternative in America is a life akin to Dr. Frank-N-Furter or Buffalo Bill. My inner flame wavered nervously for many years, but was never snuffed. It was carried and cared for, each sigh like a blow into the embers. Now that I have the strength to express myself outwardly as female, it can burn bright for all to see. I trail the perfection of an ever-changing image that I create for myself, and image of the ideal woman with fire in her eyes. I yearn to live as a force of nature. In this way, there is no transition, no beginning or end.

In my late high school years, the evidence mounted that the key of my inner harmony rang female. It was then that I first envisioned Sylvia. I didn’t choose the name “Sylvia” for any poetic significance, or because of somebody in my family: it was the name of the girl I saw in my head. In my first year of college to follow I had difficulty seeing her and I as one; instead, I saw Sylvia as somebody I could emulate and become.

I explained it to a former high school teacher of mine, who knew about my gender, like this:

There is one friend that I keep seeing around, though, somebody I met while I was at college. Her name is Sylvia. I had a lot of friends who kept talking about her, some even confused me for her. So over the course of the year at [State University of New York at] Oswego, I got to know her. She’s complex, misunderstood and flawed like a broken mirror. But with her strength, I’ve begun to see things the way she does, to see myself in others as others see themselves in me. The love that other people have in their eyes when they look into me, and the love I have in my eyes for others in return, can be the same love that I see in myself if I can learn to see things differently. She’s taught me that I deserve better than what’s been given to me, that it’s alright to take power away from others if your cause is just, that I can make life changing moments happen instead of just waiting for them to happen on their own. She’s so many things that I thought I could never be, and I try everyday to be like her. One day I will be like her.

I kept that declaration from 2014 in mind for quite some time. Some two and half years later, I moved to Ohio and enrolled at #Kent State University, where I am addressed only as Sylvia Clark. My confidence has grown since then; as the primary witness of my gradual change, rest assured that this is a colossal understatement.

The optometrist’s assistant had me enter an examination room. She flipped on the lights and closed the door behind her just as quickly, as I thanked her to her back. I started for the rigid blue faux-leather chair with a metal footrest. I sat down, statuesque and proper, hands woven and resting on my stomach like a chubby nun.

I resisted the urge to stare deeply into my phone at endless digital scrolls of information, as I often do. There’s something simple and worthwhile to being completely alone, as boring as it is. It’s an investment. As they say, a watched pot never boils; by keeping myself unoccupied, by keeping my eyes off the clock, my perception of time is left a mystery. A wait of ten minutes or 15 minutes end up feeling the same — a long-ass time either way.

Dr. Harvey entered after some time, a likable, well-humored, stout white guy with short brown hair and a lab coat. He took his job seriously, but not seriously at the same time; this was something we had in common. He was one of those smiley, firm handshake types, both figuratively and actually. His positive attitude rubbed off on me, as I’m sure he hoped it would.

“Hey!” he said, entering the room. “How are you doing today?”

“I shot a man in Reno.” That made him laugh. “No but, um, my last eye doctor had me down as a glaucoma suspect so I’m here to make sure everything’s fine. I also just moved here to Ohio and need a regular ol’ eye exam.”

“Well, I can certainly do that for you. Let me just run through your information first.” He mentioned my birth name and asked if I had any nicknames.

“I wouldn’t call it a nickname, but I go by Sylvia.”

“Sylvia, huh?” He smiled, politely, not knowing what to say. I half expected him to pull out a calculator, by the way he was adding things up. I thought the way I was dressed made it pretty obvious, I had my silicone inserts in and everything. He looked me over and came to some kind of conclusion about me. It must have been clear on my face that I was nervous, but Dr. Harvey recognized that he must have done something right in our short exchange to get me to open up.

“Let me put that in your file really quick,” he said after a beat. I sighed quietly through my nose. There was a stool and a counter to my right, with a widescreen computer monitor. He pulled up my file. “How do you spell that?”

“Excellent, got it.” Dr. Harvey ran through the rest of my information: medications, allergies, so on and so forth. He stood up from the stool and pulled a small flashlight out of his shirt pocket and started the exam.

A few minutes later, after I compared the exam to a field sobriety test, he asked the question I usually get from doctors.

“What made you pick the name Sylvia? Any specific reason?” He started to fit my face with the giant mechanical owl eyes.

I thought about it for a second, trying to make something very personal sound concise. “It was the name of the person I wanted to turn into.”

“Ah, I see. It’s a nice name.” It was the best response I could have hoped for. 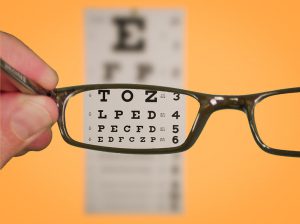 “Thank you.” The vision test continued from there without incident.

“So, I’m sure you’ve gone through this next part plenty of times before.”

I sat there silently, unsure.

In April of 2012 I was forced to resign as my son’s Boy Scout Den Leader because I am gay. In response, I launched…