Yesterday, the National Center for Lesbian Rights (NCLR) issued a press release about their court victory in northeast Ohio. Highland Local School District, located in Medina and Summit counties, had been denying an 11-year-old #transgender girl equal access to restrooms. A federal court ordered the district to stop discriminating against her. 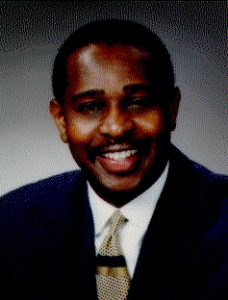 “Every student has a right to be free from #discrimination and harassment while at school, and we are pleased the Court has taken this important step in protecting Jane Doe’s rights.  As the case proceeds, we will continue to vigorously work to protect our client’s rights.”

In May, the US Departments of Justice and Education released joint guidance to help public schools provide transgender students a safe, free and equal education to their cisgender peers. Judge Algenon L. Marbley, of the United States District Court for the Southern District of Ohio ruled in accordance with these federal guidelines.

In other words, the court found that sex discrimination laws, such as Title IX, do apply to transgender students. Also, the court ruled that trans students’ presence in restrooms do not violate cis students’ rights.

Since the 2015 Supreme Court decision on marriage equality, anti-#LGBTQ politicians and groups have honed in on a “new” civil rights battleground: Restrooms and locker rooms.

The restroom issue may seem to have started with North Carolina Governor Pat McCrory and the state’s transphobic law, often called “HB2.” However, public facilities have been the setting of many civil rights debates over the years. Politico detailed the history of the issue throughout women’s right to work outside the home and Jim Crow segregation.

After Gov. McCrory signed “HB2” into law, many celebrities, politicians and businesses spoke out against it. Musicians such as Bruce Springsteen and Ringo Starr canceled performances there. The #Human Rights Campaign, along with 68 companies, filed a brief against the law. Most recently, the NCAA decided to move seven of its championships to another state and the Atlantic Coast Conference (ACC) followed suit.

Certainly, the fight for trans people’s restroom access will continue. For now, the Ohio LGBTQ community can count the Highland case decision as a victory. For the 11-year-old girl and countless other students just trying to go to school, it is not a valid “states’ right” to discriminate against people just because they are transgender.

You can read the full press release about the decision here: NCLR Press Release

The 2016 presidential election is right around the corner, so voters on either side of the aisle are looking to their respective candidates to…