Danica Roem officially joined a highly exclusive club – she is one of only three openly #transgender people to earn a seat on a state legislative assembly.

Roem (D) defeated Bob Marshall (R), a 25-year incumbent, in Tuesday’s election for the job of representing Prince William County in the Virginia House of Delegates.

Marshall, an “outspoken social conservative” who frequently misgendered Roem during the campaign. He released a television ad that referred to Roem with male pronouns and referred to himself as Virginia’s “chief homophobe” earlier this year, according to the Washington Post.

Marshall was responsible for a failed bill that would have restricted bathroom use for transgender people in Virginia and required school principals to out trans and gender non-conforming students to their parents.

Delegate-elect Roem ran on a platform of infrastructure and education reform, as well as a promise to add jobs and make Virginia a more inclusive commonwealth. 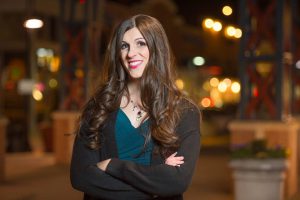 Roem also showed impressive campaigning statistics. According to the Washington Post, she out-fundraised Marshall 3 to 1, knocked on doors 75,000 times and sat for a steady stream of public appearances and press events.

The wave of Democratic votes was not limited to Virginia – New Jersey’s Chris Christie will be replaced by Phil Murphy (D), whose platform included raising the minimum wage to $15, legalizing marijuana and adding more education funding, according to The Philadelphia Inquirer.

If you’re as big a #RuPaul’s Drag Race fan as I am, then I’m sure you’ve seen the viral music video featuring Detox, William…