Painesville City Council held a meeting last Monday to discuss Policy 413, which the American Civil Liberties Union of Ohio described in a letter as “racially profiling.” The policy–invoked by the police chief–would allow local police officers to report detainees to the United States Immigration and Customs Enforcement (ICE) agency if they were under suspicion of being undocumented or charged with a “serious crime.” On June 13, a Trustee meeting will be held to further discuss the policy.

Longtime resident and trans activist Veronica Freelove agreed that the policy is racially profiling and unlawful. She said the policy targets arrests that are drug-related or gang-related. Freelove stated that a quarter of the population is Latinx and 50 percent of the school population is Hispanic, so the policy would deeply affect them. She also stated that the police chief was able to invoke Policy 413 because it is an extension of a resolution passed in 2008. 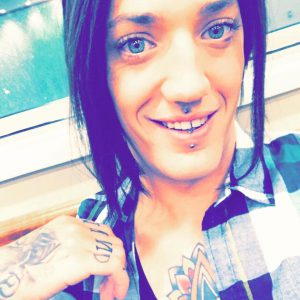 Freelove questions whether local police have jurisdiction to act upon immigration issues with anyone in custody.

“The police don’t really have the right to be judge, jury and executioner of anybody,” she said.

Freelove also said that because the policy affects surrounding areas, non-residents can voice their concerns as well. She added that the policy would affect the #LGBTQ community by setting a precedent for more #discrimination. She worries it could be the gateway to allowing more discriminatory policies to be implemented.

In December, Nina Chaubal, one of the founders of Trans Lifeline, was detained in Arizona due to document complications.

Supporters of similar immigration law enforcement point to the fact that people who lack all the current and required documents are breaking the law.

“I don’t mind legal immigration. I don’t care how many people come here legally. It’s the illegal immigration I don’t like,” said Linda O’Roark earlier this year. O’Roark is a lesbian woman who voted for President Trump.

However, Freelove pointed out that Painesville’s policy allows police to report people to ICE regardless of criminal conviction.

GLAAD reports that #transgender women face abuse and discrimination in ICE detention centers, including sexual assault and being denied medication and housed with men.

Earlier this month, the LGBT Community Center of Greater Cleveland held its own pride parade, Pride in the CLE, in downtown Cleveland. Last year,…