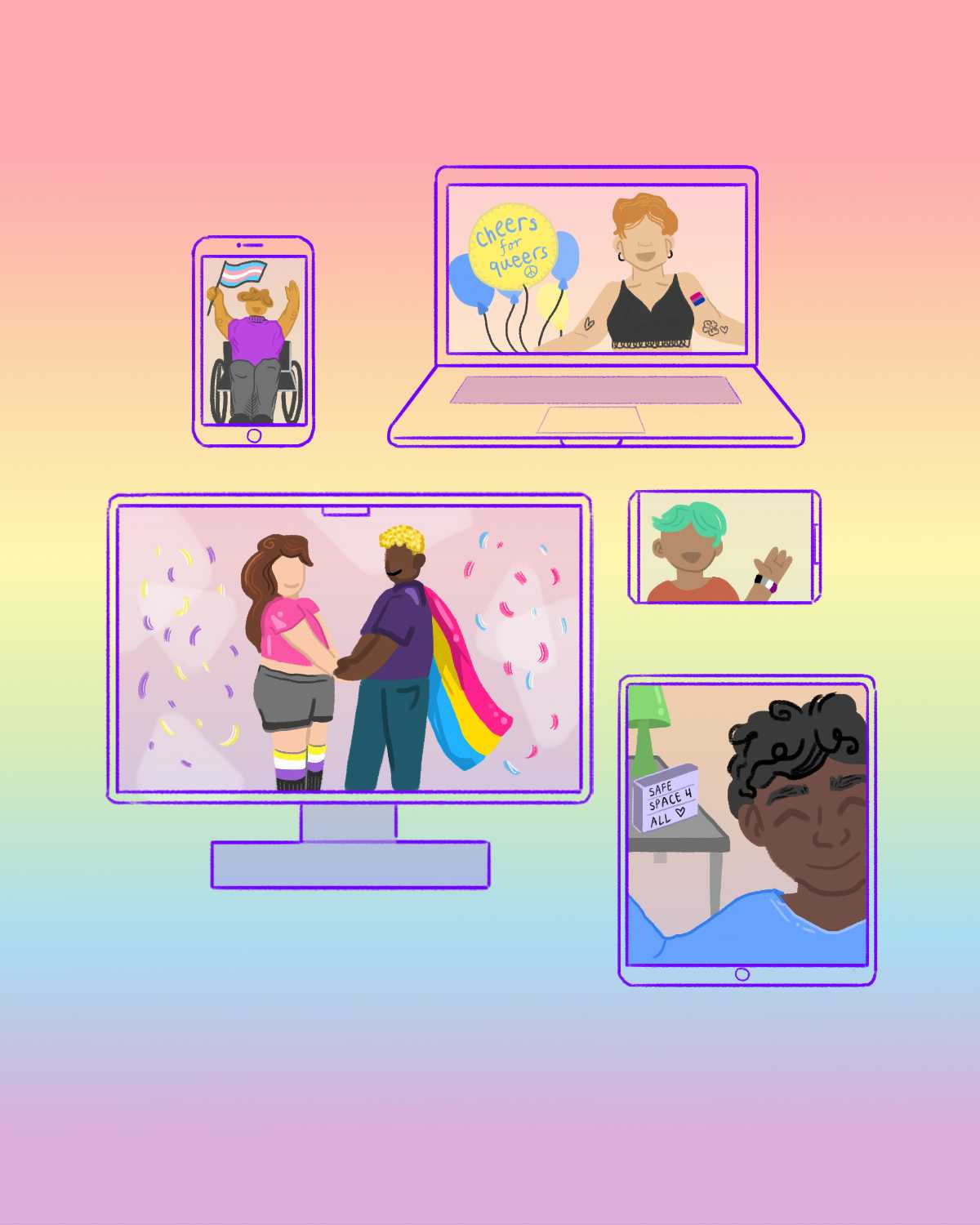 According to the Centers for Disease Control and Prevention (CDC)’s safety guidelines, the highest risk for the spread and contraction of COVID-19 comes with “large in-person gatherings where it is difficult for individuals to remain spaced at least 6 feet apart and attendees travel from outside the local area.”

Based on these guidelines, Pride month events, which traditionally take place annually in the month of June, are some of the most unsafe activities to participate in during the COVID-19 pandemic. Last year, WorldPride, which is hosted in New York City, had over 5 million attendees, London’s had 1.5 million, and Columbus had 13,000, and USA Today reports that people traveled from as far away as Tunisia, Greece and Taiwan to attend celebrations in such cities. Additionally, any photo or video of parades or bars during Pride shows that social distancing is not a viable option at such events. As a result, most major Pride parades, parties and other events transitioned to #virtual formats this past June.

However, despite the unfortunate circumstances that led to the necessity of virtual Pride events, the new format provided several benefits to the community, particularly those who are not able to travel to Pride hubs and disabled #LGBTQ+ people.

While some LGBTQ+ people are fortunate enough to be able to attend Pride events in any city they choose, that is not always a possibility for everyone. Virtual formats mean that there is no financial or practical burden to attending. Cathy Renna, the interim communications director for the National LGBTQ Task Force who helped organize Global Pride and NYC Pride, told the New York Times, “This is an opportunity for individuals who would never have the chance to attend a Pride march — say, in New York or Chicago or San Francisco — to be able to be part of it.”

She continues, “You can be an isolated kid in the small rural town in Mississippi or you could be in Eastern Europe or you can be in a country where it’s illegal to be LGBTQ. All you need is an internet connection.”

Global Pride, a collaborative effort between Pride organizers across the globe, is one of the events that exemplified this statement. Hosted by Todrick Hall, the schedule included musical performances, personal stories and information from advocacy groups about the ongoing fight for LGBTQ+ rights in various countries. It lasted a full 24 hours on June 27 and, according to one of the co-organizers, Julian Sanjivan, was an important celebration of how far we’ve come, critical acknowledgement of how far we still need to go, and vital community connection.

“Even though this is a very difficult time for all of us, we’re trying to see what we can do to support each other. There’s always going to be an opportunity for us to come together, and that’s the most important thing,” he told Forbes.

Taro Taylor of Canton, Ohio echoes a similar sentiment in terms of LGBTQ+ people who are still closeted. She attended an LGBTQ+ prom hosted by Instagram user @fx.kiara.fx on Twitch, YouTube and Facebook and wrote in an email that she believes “we should continue virtual pride for those who can’t go to in real life pride for various reasons like being closeted.”

She includes herself in this, stating that she plans on attending similar events next year because “I personally doubt I’ll be out by next year and be able to go to a normal pride parade, so doing a virtual one while sitting in my bed sounds amazing.”

The virtual format also provides a level of accessibility to disabled people that Pride events usually lack. The hallmarks of Pride Month, from parties to parades, are difficult or downright impossible for disabled members of the community to safely enter, let alone enjoy.

CNN’s Bani Amor writes, “From the length of parade routes, to uneven grounds, summertime temperatures, crowds, and the lack of disabled seating areas, interpreters and wheelchairs, it’s almost like Pride parades were made to keep disabled people out. Parties are no better … many disabled members of the LGBTQ community are forced to sit out Pride month because too often, we literally can’t even get in through the front door.”

Progress on this front has also been frustratingly slow. While disabled people are outspoken about the accommodations that they need, they are often ignored and unable to gain positions on the boards and committees that plan events, meaning that their needs are continuously unmet.

Thankfully, virtual events eliminate many of the environmental factors that make attending Pride a struggle for disabled people and allow easy opportunities to incorporate accommodations, such as electronic closed-captioning for deaf and hard-of-hearing people and those with auditory processing disorders.

This has already positively impacted members of the community. Noah Gibbons-Shapiro, who lives in San Jose, California, attended a Trans Pride Social Hour hosted over Discord, which they found “less overwhelming socially/sensorially.”

“I could go on for ages about accessibility at pride (and mostly lack thereof) and I think having online events is a good way to combat some of that inherent inaccessibility,” they wrote in an email.

Virtual Pride does come with its share of challenges as well. For example, Toronto Pride organizers feared trolling and hate attacks on video conferencing apps like Zoom. Additionally, many people are simply eager to return to normalcy and in-person events as soon as possible. BitchMedia’s Alaina Leary expresses concerns that organizers and community members will “jump at the chance to celebrate in-person as soon as (their) local area has lifted restrictions that allow (them) to do so” despite the fact that it makes events unsafe for high-risk individuals.

However, Gibbons-Shapiro has high hopes for the future of this form of Pride: “I think that as we continue into the digital age, we’re likely to see more and more events for pride online. Queerness has always thrived on the internet and I don’t see that stopping any time soon.”

The first month of 2020 has come to an end. If you didn’t get the chance to keep up with #LGBTQ #news so far…