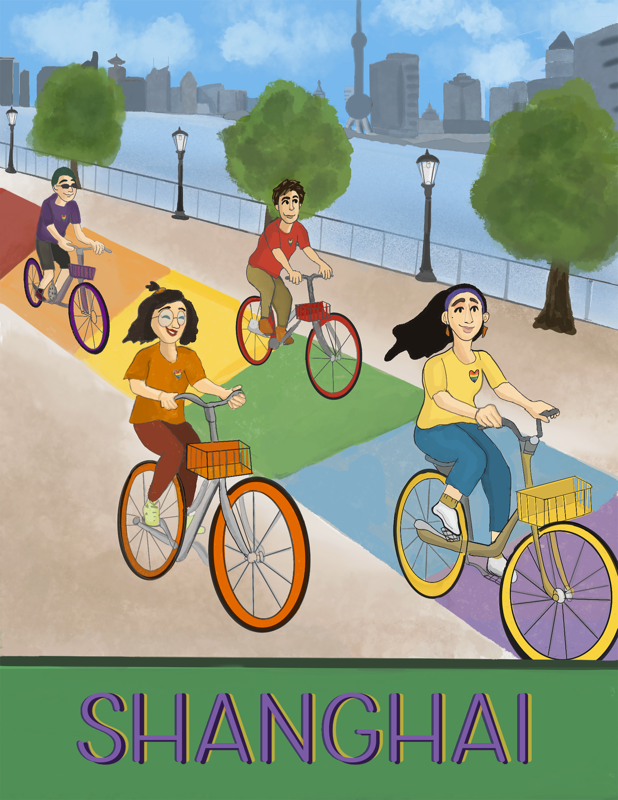 Shanghai, China- Shanghai Pride has been a landmark tradition for the #LGBTQ+ community in China since 2009. In addition to celebrating LGBTQ+ pride, a series of cultural events also takes place at this festival, including art exhibitions and film festivals. Shanghai Pride is usually celebrated around mid-May to mid-June.

In 2019, the first ever Rainbow Bike Pride began to commemorate International Day Against Homophobia, Transphobia and Biphobia. Similar to a marathon, groups and teams gather to participate and raise awareness on LGBTQ+ discrimination and issues. In addition to raising awareness, there are also raffles to help support various LGBTQ+ charities, such as the Chi Heng Foundation’s AIDS Orphans program.

LGBTQ+ rights in China are still an ongoing struggle for citizens, as the current laws are very restrictive. Some of these heavily enforced laws do not allow LGBTQ+ citizens to adopt, have legal protections for discrimination in the workplace, join the military or undergo gender confirmation surgery. Despite the lack of protections, the LGBTQ+ movement in China is ever-growing, and people continue to celebrate themselves and others.

In the relentless year of 2020, we find ourselves in a state of reckoning with the long history of racism in the United States….