#Relationships are always messy, and breakups messier. This is especially true when we feel humbled in regards to our sexual prowess. What people fail to remember, though, is that sexual orientation has nothing to do with sexual prowess. Let me break it down for you … 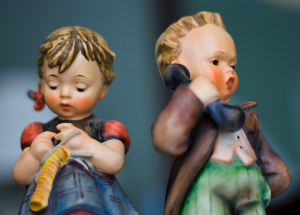 Straight girls: If a boy breaks up with you because he realizes that he’s gay, it does not mean that you are ugly, you’ve gained weight or whatever.

Straight guys: If a chick breaks up with you because she realizes she’s a lesbian, it has nothing to do with your penis, its size, your muscle mass or whatever.

Lesbians: If a girl breaks up with you because she realizes she can’t love a woman that way, it’s not because you’re inadequate and can’t get her pregnant or whatever.

Gay guys: If a boy breaks up with you because he realizes he can’t love a man that way, it’s not because of your penis size, that you’re prettier than him, or whatever.

Everyone: People are just people, and sexual orientation is not a choice. No one wakes up in the morning and decides to break your heart by “#switching teams.” It’s okay to lick your wounds and feel hurt, but just recognize the situation for what it is. When someone switches teams, it’s because her sexual orientation is preprogrammed, just like yours.

So to minimize your chances of being hurt:

1. If you know somebody is just bi-curious, and you are falling madly in love with them, tell them to figure it out before you try being together.

2. Don’t be an asshole. It’s the number one way to lose your significant other, especially if someone kinder than you comes along.

Over the years, the LGBT acronym has grown to encompass more identities, expanding the acronym to LGBTQIAA+ to be more inclusive of as many…