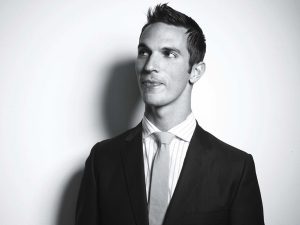 I regularly find myself in the minority when it comes to those in our generation who are actually avid listeners, readers, and/or supporters of #National Public Radio (#NPR). I’m most often greeted with curiosity because our generation has simply never heard of The Morning Edition, Prairie Home Companion or Car Talk. Those from the Northeastern Ohio area have never heard of WCPN (the Cleveland NPR affiliate) or WKSU (the Kent State University affiliate), but thanks to older generations, NPR thrives.

That said, my focus here isn’t on NPR as a whole, but one notable figure in particular: the ever-so-handsome Ari Shapiro, White House Correspondent for NPR.

A regular guest host on The Morning Edition and All Things Considered, Ari is a member of the White House Press Corps, meaning he is always with the President ready to report. (Yes, that means he was here in Kent when the President had his campaign event. Instagram evidence from the M.A.C.C.)

Shapiro’s a gifted political reporter but doesn’t stick to one side of the aisle. One day, he’s comparing gay donors in both parties. The next, he’s talking about a Paul Ryan campaign stop workout session. And the day following, he’s sharing some new information from the Obama camp’s political moves. His reporting has earned him numerous awards: a Daniel Schorr Journalism Prize for an investigation, an American Bar Association Silver Gavel, and the American Judges’ Association American Gavel.

And guess what? He’s a good idol for gay monogamy, too. In 2004, he married his boyfriend (fellow Yale alumnus, Michael Gottlieb) of five years, meaning that they’ve been together for over a dozen years. And a dozen years in the gay world… well, you know, it’s like an eternity.

In short, he’s attractive, incredibly intelligent, admirable, and gifted – What’s not to love?