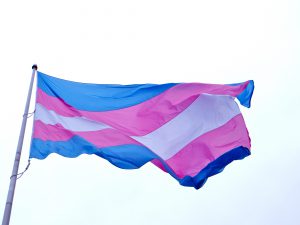 The LGBTQ has many sub-communities within itself, and often while speaking on the whole, many supporters forget who all is included. One such group that seems to be sidelines in the “T.” Transgendered youth have struggles just like the rest of us, and their own plight is not something to take lightly. The discrimination transgendered people experience is part of our own, and unfortunately, as of late, I meet many people in the #LGBTQ community who refuse to believe that transgendered individuals are the same as themselves.

With that in mind, I have been lucky enough to encounter two individuals who, despite the obvious lack of support regarding their gender identity, manage to keep a wonderful outlook on life. They are women. They were born women, and they will always be women. Unfortunately, whatever divine power there may be decided that they would be born sexually male, and due to this minor inconvenience, it has caused them to work through some of the most difficult and rewarding experiences of their entire lives. I wouldn’t know what all they experience, being a gay man who identifies as male, but I’m curious to see what actually goes on in their lives.

I met Evangeline back in 2010 when I first started working as a Drive Thru attendant at Frisch’s Big Boy in my hometown. She immediately took me under her wing and we became friends almost instantly. She eventually left Frisch’s and moved back to Cincinnati. That meant I wouldn’t see her anymore unless I made the drive down there. We kept in touch as best we could, and eventually, back in 2011, she messaged me and came out as trans. I was incredibly proud of her not only because she is finally able to be true to herself, but because she had a plan to transition and I thought she was being extremely smart about the entire situation. Now a year has passed and she seems to be as happy as ever, and I’m still honored to call her my friend.

I happened upon my friend, Kloe, just this past year. I had heard stories about her from a mutual friend, and it was inevitable that we would meet. When we finally did, I was taken aback by how beautiful this girl actually was. She had these fabulous twenty-inch pink extensions and her outfit was so chic. She was very open about her life, and her courage inspired me. I remember after she fully transitioned into womanhood she posted a status to Facebook. It read something like “I’ve accomplished everything I’ve wanted since I was thirteen” (obviously, I’m paraphrasing) and again, I felt pride to have met someone like that.

Both Kloe and Evangeline both remember not feeling right in their own bodies. Kloe said she always knew she was a woman, and she was fortunate enough to have a family who fully supported her transition. She remembers her coming out as “not really a coming out thing.” She would tell her mother she felt like a woman and her mother seemed fully supportive. Kloe says she “helped me change everything I needed to.” Evangeline, however, had a different experience. She remembers envying women, but never viewed transitioning as an option before. Once she became more involved in the performing scene down in Cincinnati, she made the executive decision to pursue living life as a woman, and it she looks as it as “the best decision I’ve ever made.” As far as her coming out experience, she remembers her father finding her MySpace and says it “was the tuck out of tape.” She said he always went to church, and after discovering she was gay via her social media he “just went to church less. I don’t know why but he just accepted it without saying it. He’d often joke about me marrying a woman, or talk about women. It didn’t really work.” As far as coming out as trans to her family, she hasn’t really broken the news but plans “to have a lovely dinner and just talk.”

In regards to discrimination, Kloe and Evangeline, again, have different experiences. I asked them if they’ve ever experienced discrimination from the LGBTQ community, and the responses somewhat surprised me. Evangeline grew up in the drag community, and she stated that she has “always worn costumes, built my own hair, and packed on the cosmetics so no one really within the scene has any type of hate towards me.” Her motto is “you get what you put in” and she hasn’t given any bad vibes so she seems not to get any from anyone either. Kloe, however, recalls a time when her friend was talking to a guy who said “he would feel weird around someone who was #transsexual.” General discomfort is something I often see when it comes to interactions with trans people, but I also believe that it comes from never having encountered a situation like that before. In that same breath, I asked them how they felt the gay community did pushing #trans rights. Kloe said that she feels “some gay people don’t even want trans rights. Some, but not all, have discriminated against me and it’s really sad, honestly, because at the end of the day we’re all fighting for the same equality.” Evangeline has a different outlook. She believes the gay community has done a decent job pushing for trans rights and says that “all the people who know Genevieve [her performance name] are 100% supportive of Evangeline. It’s truly a humbling experience.”

Finally, I asked them if harassment was a constant issue in everyday life, and again, I received different responses than what I was expecting. Kloe, being a fully transitioned woman now, says that she doesn’t experience as much as she used to but in high school harassment was especially bad. Evangeline says that when she’s fully put together she experiences “hollers” from “drunk men. Which, for natural-born women, is a given. It sometimes serves as a compliment or empowerment.” The rule of thumb seems to be that the more “passable” you are as a natural-born woman, the less people seem to care.

Even though the interview process was basic, I do believe I’ve learned a lot about my friends and their experiences coming out as trans. It distresses me to see so many gay people refuse to educate themselves on the trans plight simply because it makes them uncomfortable. Take time to make a new friend, and damnit, fight for their rights. We’re all human. We’re fighting for human rights, and trans people fall well within that definition.

Painesville City Council held a meeting last Monday to discuss Policy 413, which the American Civil Liberties Union of Ohio described in a letter as “racially…