A crowd of men walked down the esplanade Tuesday sporting footwear that ranged from three inch platforms to six inch stilettos, following a banner proclaiming the event; Walk a Mile in Their Shoes. 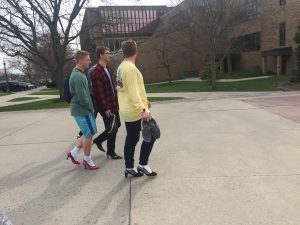 The walk, organized by #Kent State’s Sexual and Relationship Violence Support Services (SRVSS), encouraged men to come and wear a pair of high heels while women who participated were encouraged to wear sneakers or typical “men’s” shoes.

The walk encourages men to be participants in the conversation about sexual assault and abuse, showing support for women by “walking a mile in their shoes.”

According to the SRVSS website, “one in five college women is a survivor of rape” and “one in six men is sexually abused before the age of 18.” Additionally, #LGBTQ people are disproportionately impacted by sexual violence, according to the National Sexual Violence Resource Center. 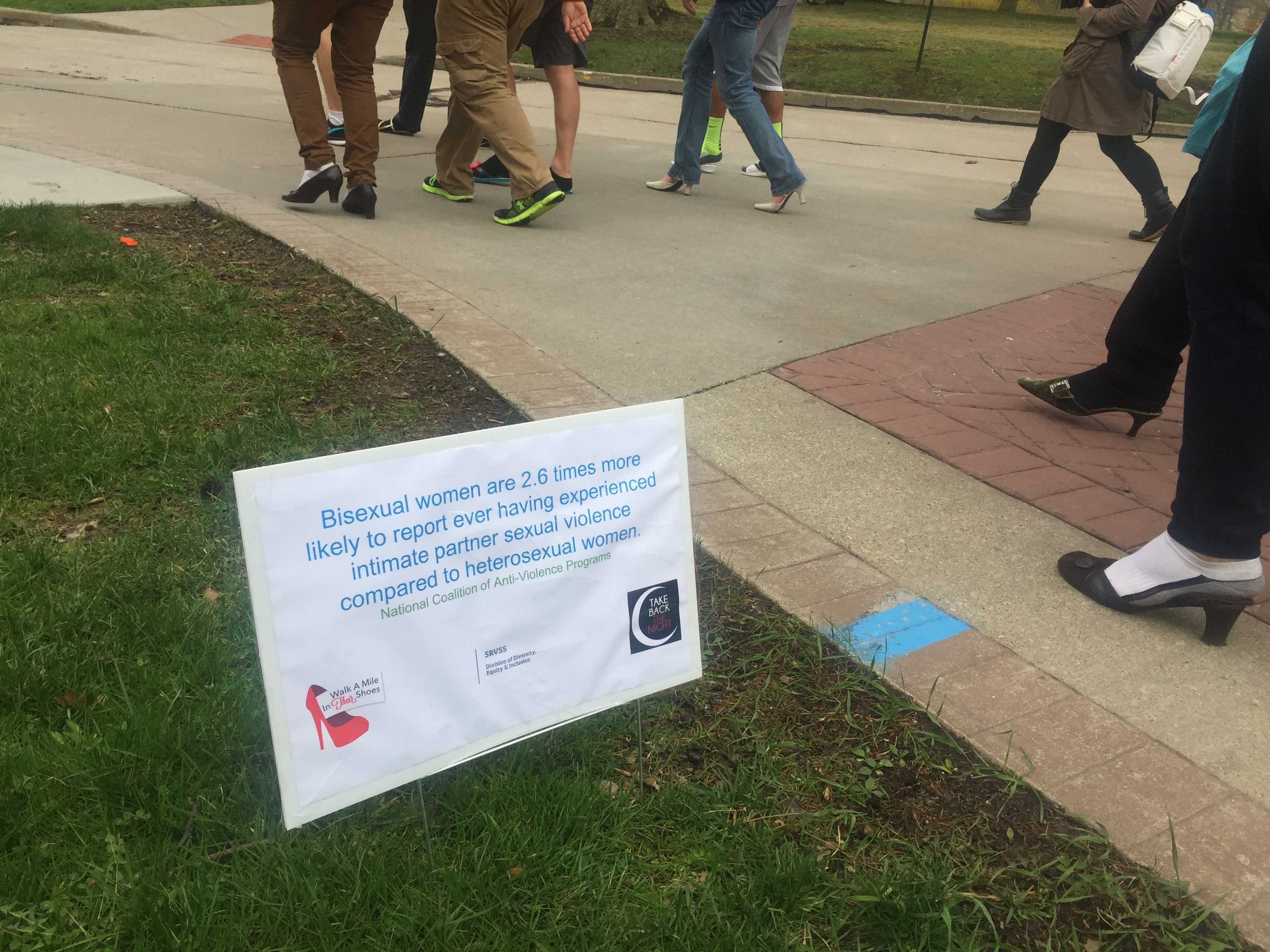 Robert Taylor, a Kent State musical theater student, took part in the march along with his service dog in training, Diesel. 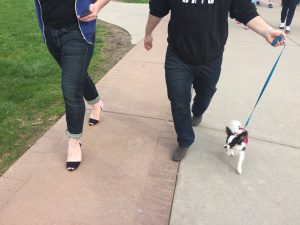 “It’s important to let people know that they’re not alone. And that they can have a voice and, even if they don’t have a voice and don’t want to speak up about something, there are people out there to support them,” Taylor said of the importance of events like Walk a Mile in Their Shoes.

April has been declared Sexual Assault Awareness Month by the White House for the past eight years, with President Obama being the first president to officially declare it as such. 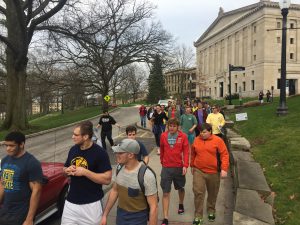 Kyle Bernett, a senior musical theater student, reflected on how it felt to take part in the walk and support widening the conversation on sexual assault.

“It’s just great to see men and women get out here and just support a cause that’s still being fought,” Bernett said. “It’s certainly getting better, but it’s not over just yet.”

Kent’s SRVSS office holds the event every year, taking donations of heels for participants to borrow. Staff at the office say they’re especially looking for shoes sizes 13 and higher.

The event starts at the Kiva with registration and games, such as jump rope competitions and relay races for the men in heels, and continues along the esplanade for a mile. The tone of the event encourages conversation about sexual assault, while letting participants enjoy themselves during the walk.

“I love walking in heels, personally!” Bernett added. “So, this was a lot of fun for me and the pain was worth it.”