Within an hour of Donald Trump’s inauguration as President of the United States, the White House website removed its LGBT page.

During Former President Obama’s term in office, the page outlined his interest in engaging with the LGBT community and furthering their rights and protections.

“Since taking office, the President has demonstrated that his vision for a brighter future includes greater equality for LGBT Americans,” the website wrote.

In attempting to access the website, some people were redirected to a page where they could sign up for newsletters about President Trump and Vice President Pence while others simply found an error page.

The page also offered links to other resources such as the Obama administration’s record for the LGBT community, Don’t Ask Don’t Tell, aids.gov and Stop Bullying. 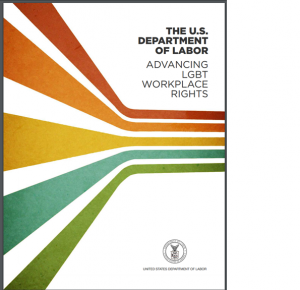 Screenshot of the Department of Labor report, courtesy of web.archive.org.

The U.S. Department of Labor’s report on advancing the rights of the LGBT community in the workplace was also removed from its website this afternoon, instead showing an error page in its place.

In addition to whitehouse.gov/lgbt disappearing, people have noted the loss of other pages including the administration’s climate change page and civil rights page.

While some people believe it may simply be the sign of unprepared web designers hurrying to get up content for the incoming president, others fear it spells trouble for the LGBT community under the coming administration. 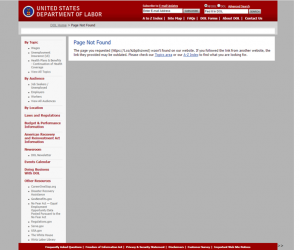 Screenshot of where the U.S. Department of Labor’s website now leads when linking to the report, taken January 20, 2017

It’s worth noting that Vice President Pence has a poor record on LGBT rights, such as supporting conversion therapy – and harmful and ineffective way of trying to “convert” someone to being straight or cis – in his home state of Indiana.

Whether or not the White House replaces its LGBT page, the community is fearing for their rights under the Trump administration.

On May 9, Attorney General Loretta Lynch delivered a widely-praised and well-crafted speech, weighing in on controversy over North Carolina’s Public Facilities Privacy &…