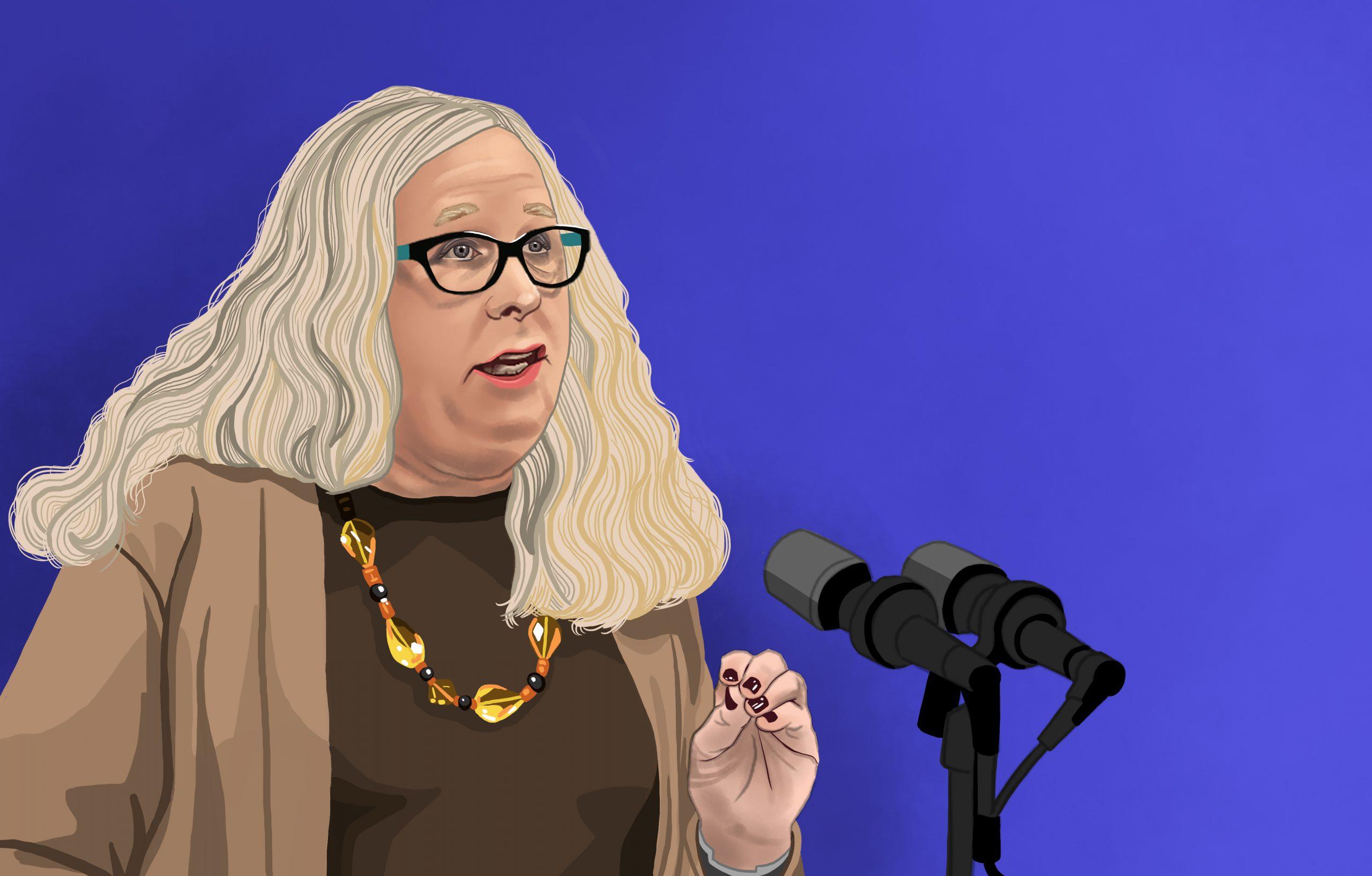 President Joe Biden nominated Pennsylvania Health Secretary Rachel Levine as his administration’s assistant secretary of health on Jan. 19. If approved by the Senate, she would make history as the first openly transgender federal official.

“I think it’s no question that this is a step forward for queer people,” says #Kent State junior biology major Jacob Sabo. “She has real potential to do good for #LGBTQ+ healthcare. COVID is no joke either. I hope she and the rest of the Biden administration continue to take it seriously.”

Levine led the COVID-19 response in Pennsylvania, and during her time as health secretary,  she worked to fight the opioid epidemic and diseases such as HIV and hepatitis C. Levine  continued to practice LGBTQ+-affirming healthcare and pushed to expand access to healthcare for LGBTQ+ people.

Levine’s #nomination received backlash from conservative officials and media. She faced attacks on her appearance by Pennsylvania State Rep. Jeff Pyle in a now removed Facebook post. Far-right media outlet Breitbart used Levine’s birth name and incorrect pronouns in an article about her nomination, deadnaming and misgendering the health official. These practices are extremely disrespectful to transgender people.

“The racism, transphobia, homophobia or the sexism that happens in high-ranking appointments starts with transphobia, racism, homophobia and sexism in grade school,” says Julie Mazzei, associate professor of political science at Kent State. “A lot of people on the far right will say marginalized people don’t have this negative experience, and they will say that (while) ignoring the fact that the bias goes back through institutions in a whole person’s life. If women are discouraged from taking STEM classes in grade school, they won’t take math classes in college, and then they won’t become an engineer. Now there are less women in engineering.”

“People seem to care more about your political standing than your personal identity,” says Adriana Everett, a sophomore animation student at the Columbus College of Art and Design. “Our ideologies are the main thing that cause our divide, and our ideologies shape which party we align with.”

State officials and citizens took to Twitter to thank Levine for her COVID-19 efforts in Pennsylvania. Gov. Tom Wolf tweeted to Levine, “Thank you for your tireless efforts to keep Pennsylvanians safe and informed during #COVID19.”

Peter Bachman, a Pittsburgh-based clinical psychologist, tweeted, “I’m proud to have her as my state’s top health official.”

On Biden’s first day in office, he signed a slew of executive orders, including an order that will extend workplace nondiscrimination protections for LGBTQ+ people. The order implements the Supreme Court’s decision in Bostock v. Clayton County in all federal agencies. This decision established that LGBTQ+ people are protected from employment discrimination based on sex, sexual orientation, gender identity and gender expression under Title VII of the Civil Rights Act of 1964.

Advocacy organization GLAAD reports that on Inauguration Day, the White House website’s contact page expanded gender options. Anyone contacting the White House now has gender neutral options such as the prefix “Mx.” and the pronouns they/them.

Pete Buttigieg, the openly gay former mayor of South Bend, Indiana, who ran against Biden to become the Democratic presidential nominee, was confirmed by the Senate to be transportation secretary on Feb. 2. He will push to rebuild infrastructure and combat climate change.

For almost all of my life, I have identified as a straight woman.  Sexuality and gender have become a large progressive movement over recent…