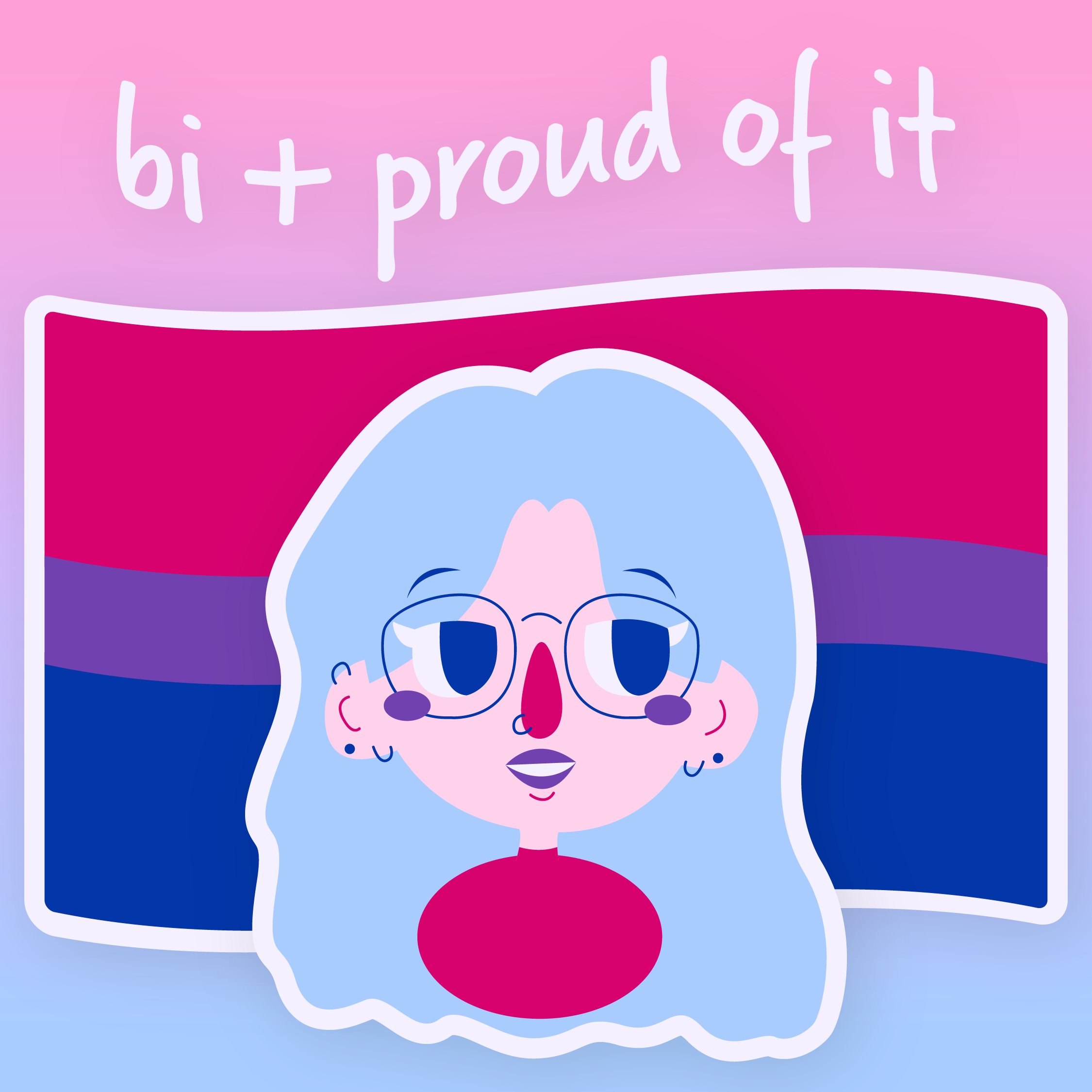 #Bisexual Awareness Week is Sept. 16 through Sept. 23. It’s a time to celebrate bisexuality, loving who you love and being yourself unapologetically. Representation is important and helps you feel like you are not alone. In honor of Bisexual Awareness Week, here are some celebrities that identify as bisexual.

Lady Gaga
Since the beginning of her career, Lady Gaga has been very open about her bisexuality and has continuously used her platform to advocate for #LGBTQ+ rights. The singer also revealed that her hit song “Poker Face” is about her sexuality. “This is who I am and who I have always been,” Gaga told a crowd of fans at a 2013 Q&A at Berghain Club in Berlin.

Lili Reinhart
In June of this year, “Riverdale” actress Lili Reinhart came out as bisexual in an Instagram story post, revealing that she would also be attending an LGBTQ+ for Black Lives Matter protest. In the post, Reinhart says that she is “a proud bisexual woman.”

Tessa Thompson
Actress Tessa Thompson is well-known for her role as Valkyrie, the first LGBTQ+ superhero to appear in the Marvel Cinematic Universe. In a 2018 interview with Porter Magazine, Thompson opened up about her bisexuality, as well as her speculated relationship with singer Janelle Monet. While she never confirmed nor denied the relationship rumors, she did say that the two “love each other deeply” and didn’t have a problem with fans speculating.

Frank Ocean
R&B singer Frank Ocean came out as bisexual on his blog in 2012 and opened up about his struggle figuring out his identity. In an interview with GQ Magazine that same year, Ocean says he cried like a baby, but continued on to say, “It was like all the frequency just clicked to a change in my head. All the receptors were now receiving a different signal, and I was happy. I hadn’t been happy in so long. I’ve been sad again since, but it’s a totally different take on sad. There’s just some magic in truth and honesty and openness.”

Stephanie Beatriz
Actress Stephanie Beatriz is known for her role as Rosa Diaz in “Brooklyn 99.” Both Beatriz and her character on the show identify as bisexual. The actress is very open about her bisexuality and what it means to her. In a story she wrote for GQ Magazine, she explained that her marriage to a man doesn’t make her any less bisexual. “I’m choosing to get married because this particular person brings out the best in me,” she says. “This person happens to be a man. I’m still bi.”

Clairo
Singer-songwriter Claire Cotrill, also known as Clairo, came out to her fans on Twitter in 2018. In an interview with them. last year, Cotrill mentioned that the friends she made in college helped her come out.

Willow Smith
Last year, singer Willow Smith came out as bisexual to her mother and grandmother on their show “Red Table Talk.” She went on to talk about how she’s also polyamorous and would be interested in being in a polyamorous relationship. “I focus a lot on the emotional connection and I feel like if I were to find two people of different genders that I really connected with and we had a romantic and sexual connection, I don’t feel like I would feel the need to try to go find more,” Smith says.

Billie Joe Armstrong
Green Day singer Billie Joe Armstrong came out in 1995 in an interview with The Advocate. “I think I’ve always been bisexual,” he says. “It’s a very beautiful thing.” The Green Day frontman wrote the song “Coming Clean” about coming out.

Alyson Stoner
“Camp Rock” and “Cheaper By the Dozen” actress Alyson Stoner came out as bisexual in 2018 after she started dating her female dance instructor. “I, Alyson, am attracted to men, women, and people who identify in other ways,” she states in a 2018 essay that appeared in Teen Vogue. “I can love people of every gender identity and expression.”

Aubrey Plaza
Actress and comedian Aubrey Plaza of “Parks and Recreation” came out as bisexual in a 2016 interview with The Advocate, saying, “I fall in love with girls and guys. I can’t help it.” In the interview, the actress also said she grew up in an accepting family and community.

Halsey
Singer-songwriter Halsey has been open about her bisexuality from the beginning of her career. She sings about her experiences and relationships with both women and men on her album “Hopeless Fountain Kingdom.” She also has a song called “Strangers,” which features singer Lauren Jauregui, who also identifies as bisexual.

Clive Davis
When it comes to the music industry, music mogul and record producer Clive Davis is a huge name. While working for Columbia Records, Davis has signed artists and bands such as Janis Joplin, Billy Joel, Pink Floyd and Aerosmith. He is also credited with bringing singer Whitney Houston to fame. In his 2013 memoir, “The Soundtrack of My Life,” the 80-year-old came out as bisexual. Davis says in an interview with Katie Couric, “I’ve opened myself up to the possibility that I could have a relationship with a man as well as the two that I had with a woman.”

In case you haven’t heard the stereotype, allow me to make your acquaintance. Lesbians are infamous for #U-Hauling: #moving in together before the relationship has…