It’s #Ally Week in the LGBTQ(A) community, so that means it’s time to celebrate with our allied friends all across the nation!

Just in case you’re unfamiliar with the term, an ally is generally considered anyone friendly to and accepting of the LGBTQ community, and I’m going honor those allies that have the potential to help us most of all– that’s right, our allied celebrities in the entertainment world. As we all know, Hollywood is full of glitter and gay, but I think it’s time we pay homage to some of those straighties who love sharing the spotlight with the LGBTQ community – after all, sharing the spotlight with people as fabulous as us gays is pretty difficult. 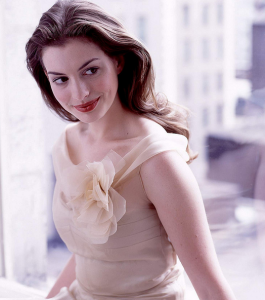 #Anne Hathaway is probably one of the most outspoken straight allies in Hollywood. Her older brother, Michael, is openly gay and when her family learned of his sexuality, they converted from Catholicism to Episcopalianism. In an interview with GQ magazine, she claimed that her whole family didn’t feel like they should “support an organization that had a very limited view of her beloved brother.”  In 2008, Anne was honored with the #HRC’s Ally Award for her support to the community. In her acceptance speech, she said that “…love is a human experience, not a political statement, however I acknowledge that we live in a world where not everyone feels the same.” Since receiving her honor from the HRC, Anne Hathaway has continued to work toward the greater good of the LGBTQ community and society. Now that’s how the Princess of Genovia should be!

Just this year, the #San Francisco 49ers took the title of the very first NFL team to show their support for LGBTQ youth by making a video for the It Gets Better Project. In the video players like Ahmad Brooks, Ricky Francois, Isaac Sopoaga and Donte Whitner vocalize their support with “The San Francisco 49ers are proud to join ItGetsBetter.org, to let all LGBT teens know that it gets better.” While the San Francisco 49ers are the first team to officially vocalize their support, various other sports superstars like Scott Fujita of the Cleveland Browns, Chris Kluwe of the Minnesota Vikings and Brendon Ayanbadejo of the Baltimore Ravens, have also vocalized their support for the LGBTQ community. David Pocock, a rugby player from Australia, has also said he won’t marry his girlfriend until gay marriage is made legal in Australia.

Check out this cool video of the 49ers vocalizing their support for equality:

There are various other stars who, despite constantly being in the public eye, show their support for the LGBTQ community. They don’t do it because it’s necessarily a public relations stunt, but they do it because they genuinely care. I’m proud of the celebrities and superstars who do what’s right, and if it weren’t for them I don’t feel like the LGBTQ rights movement would be as far along as it is today. We often under-appreciate our allies in the community and it’s a shame because our allies often have more connections and more pull in society than we do. In case you haven’t caught on yet, this is a gay man’s call to the LGBTQ community to show our straight friends some love. They deserve the recognition for their hand in this battle just as much as we deserve the right to be equal.

Happy Allies Week! How are you celebrating?

The city of Orlando is considering buying Pulse Nightclub for $2.25 million, with plans to construct a memorial on the site. The vote on…