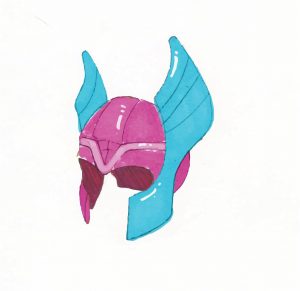 Questions about cosplay are inevitable when you dress up as characters from your favorite media for fun. For me, cosplaying was more than just fun. The diverse cosplay #community allows for self-exploration, and it helped me discover who I am, what I am comfortable with and what acceptance feels like.

Cosplay is a hobby in which the artists, or models, dress up as characters from various forms of media, such as anime, cartoons, television shows, books and movies. People even bring their own original characters to life. It is endless!

Many cosplayers also engage in role-playing said characters in music videos and at cosplay conventions. That is where the name comes from — a combination of costuming and roleplay.

As a transgender man, this made way for a lot of exploration when it came to my #gender identity. Although my first cosplay was feminine, it is normalized within the community for cosplayers to dress as any character they want regardless of their gender identity.

It was a window I leapt through, because nobody in “real life” told me I could up and crossdress any day of the week.

Cosplay was something my parents and friends viewed as “Halloween all year round,” so they allowed me to cosplay whoever I wanted as long as I was funding everything myself. With that in mind, my second cosplay was a version of a male character. I was able to wear a wig with shorter hair than my own, apply typically masculine contour with makeup and wear a binder for the first time. I had never purposefully tried to look like a man until then. I look back at the photos and cringe a bit, as I was only 13 at the time, and I have made progress in the six years since then.

But I do remember that the euphoria I felt was unimaginable.

Over time, I came to realize that I never felt that gushing pride and happiness in my day-to-day life. I was initially under the impression that it was because I had a deeply-rooted passion for the craft. I was convinced that I was using it as a form of escapism, not because I was unhappy identifying as a woman, but because I wanted to be more like the characters I dressed as. It took some time, but I realized that the incongruent puzzle piece was not an unhappiness with who I was as a person, but with my gender and how I had to present myself in school, in front of friends and in front of my family.

Thankfully, the diverse cosplay community allowed me to meet and talk with other transmen, and I eventually came to terms with the fact that I was, possibly, a man.

The community and my followers supported me to the end of the earth through my experimentation. I first identified as genderfluid, but I found that strictly masculine pronouns and nicknames made me feel right, correct and comfortable. It was a long journey, but I got there. This step of the process was extremely useful when I was trying to figure out whether I was a man, a woman or something in between.

I cannot say that I did not face any skepticism through my trial-and-error process, but the ratio of positive affirmation to scrutiny was overwhelming. The support I received from my peers was a driving force that made me determined to make myself comfortable in spaces outside of the community. Finally, with the courage I gained through the reassurance they gave me, I came out to my school, friends and family.

I realized I was a man when I was 14 and came out to everyone else when I was 17. Since then, I  started to cosplay more frequently and seriously. In feminine-presenting costumes, my followers and friends always refer to me using masculine pronouns and adjectives without missing a beat. Even strangers I see in passing at conventions use neutral pronouns automatically, to avoid misgendering those they interact with before they get to ask which pronouns they prefer.

Cosplay as a whole is a very healthy hobby for me, even as a transman who is proudly living as himself every day and has been out of the closet for a hot minute.

I am still able to cosplay feminine-aligned characters without getting uncomfortable. Normally, if I wear certain outfits or makeup styles without trying to look like a character, gender dysphoria’s icy fingers claw my back. I still have some femininity in me, but expressing it by dressing up as someone I am not helps me get all that jazz out on the table without the added side of invalidity.

This is because cosplay culture has normalized a distinct separation of character and self. You are not who you cosplay, and anyone can cosplay anything they want. Some transgender cosplayers have practiced the craft for so long that they are comfortable enough to ignore gender norms entirely and wear whatever they want, even when out of costume, and that is a level of comfort and confidence I am so, so close to reaching. This quells dysphoria more effectively than any other hobby or mechanism I have tried.

Cosplay is coping. It helped me find who I was, aids me in alleviating gender dysphoria and supports me through everything I go through. It is a wonderful place to find people similar to you in both identity and interests, and it can add an element of fun, unity or self-exploration to your life.

We all — or most of us — have that person who makes us feel extremely sexy for… an hour a month. Who? The…