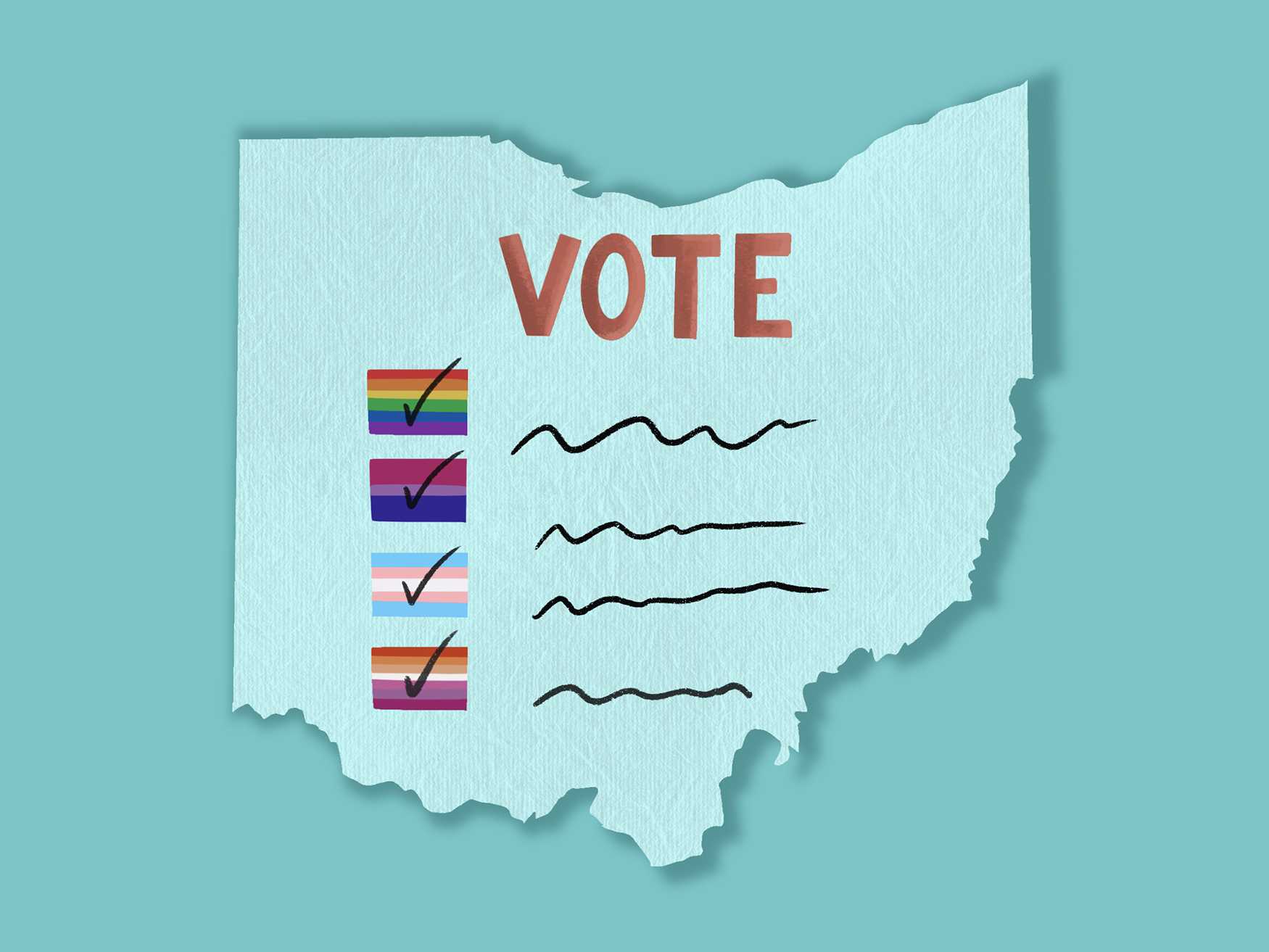 #LGBTQ+ support and representation in our government are essential. With election season upon us, it’s crucial to get to know candidates who want to fight for us and what we believe in. Those who are part of the community themselves understand our concerns better than those who are not. Luckily, there are several LGBTQ+ candidates running for offices in #Ohio in the upcoming November elections. Zach Stepp, Charmaine McGuffey and Craig Covey are a few of them.

Zach Stepp of Sheffield, Ohio, got his start in politics while working as a volunteer and eventually campaign manager for his former kindergarten teacher, Janet Garrett, when she ran for Ohio’s 4th Congressional District seat in 2018. Although Garrett lost, Stepp continued his involvement in politics and is now running for representative of District 55 in the Ohio House of Representatives.

“In a time of such division, I want to be a candidate that can bring people together and work at the issues that affect everyday Ohioans,” he says on his campaign site.

Stepp also advocated for the passage of the Ohio Fairness Act and LGBTQ+ rights in an edition of his Sunday Issue letters, where every week he discusses a topic pertaining to political issues. The candidate identifies as bisexual himself. When asked about his sexual orientation and his plans for the future in a June 2020 interview with The Buckeye Flame, Stepp says, “Of course, I will be a staunch advocate for the LGBTQ+ community and I claim my sexuality as a badge of pride; helping any kid feel more accepted or seen would be humbling and inspiring. But there are many issues I am passionate about that go beyond that one aspect of my identity as we’ve just discussed, and I plan on fighting for them just as hard.”

Charmaine McGuffey is a retired major and former Commander of Jail and Court Services for the Hamilton County Sheriff’s Office. After winning the Democratic primary election against her former boss that allegedly fired her for being a lesbian, it’s now her turn to run for sheriff against Bruce Hoffbauer, the Republican nominee and former District 3 relief commander.

McGuffey joined the Hamilton County Sheriff’s Office in 1983 and since then has served as a sergeant, a lieutenant and a major, where McGuffey helped improve Hamilton County Justice Center’s ranking from the worst in the state to the best. She holds multiple honors for her work, including Regional Law Enforcement Officer of the Year 2014, Ohio Chapter of the National Social Workers Citizen of the Year 2016 and City of Cincinnati Resolution Award in 2017.

If elected, McGuffey promises to continue to do her part in justice reform and community engagement.

“As the Commander of the Jail, Major McGuffey understood that progressive jail policy reform, with a focus on rehabilitative, rather than punitive strategies, results in lower recidivism and overall healthier communities,” McGuffey’s campaign site reads. “She knows jail reform is needed and that people who are incarcerated should be offered opportunities and services during incarceration that increase their chances of success upon release. She knows that, within our criminal justice system, we can do better and will continue to provide the leadership to do just that.”

Craig Covey, former mayor of Ferndale, Michigan, is running for Stark County Treasurer in Ohio. If Covey wins, it would make him the first openly gay person elected to a county-wide office in Stark County.

Covey is no stranger to politics and has a long list of accomplishments when it comes to the work he’s done for the LGBTQ+ community. In 2007, Covey was the first openly gay person to be elected mayor in Michigan after eight years of serving on Ferndale’s city council. While working as mayor, Covey founded and directed the Midwest AIDS Prevention Project for 22 years and founded the Ferndale Pride Fest and Detroit’s Motor City Pride Parade as well.

However, those were not the first of Covey’s political accomplishments. In an interview with The Buckeye Flame, Covey says he began his involvement in politics very early on while attending Ohio State University.

“By the time I turned 18 and was ready to go off to college, I couldn’t wait to get out of Stark County and go to Columbus,” says Covey. “The first thing I did after my father dropped me off at the dormitory was contact what was then called the Gay Activist Alliance. This was 1975. I got so involved that by sophomore year I was elected President of the organization. I’ve been politically active ever since.”

While in college, Covey cofounded Stonewall Columbus which was the first off-campus gay and lesbian organization in the city. It also puts on the annual Columbus Pride Festival and Parade.

When asked by The Buckeye Flame what sparked his decision to run for Stark County Treasurer, he says, “It’s like coming full circle. After 40 years, there are still no gay bars, no bookstores, no visible LGBTQ+ community in this area. To an extent I feel like it’s fate that I was supposed to come back here and try to do it one more time.”

Covey, McGuffey and Stepp have all made enormous strides when it comes to representing and working in favor of LGBTQ+ people in their communities, and they aren’t finished yet. Knowing there are people out there fighting for our rights and for change is a great thing, and we can play our part by voting on Nov. 3.

My favorite new fall show, #The New Normal, premiered Sept. 11 on #NBC. I’m a little late to the game, but I’m starting up…