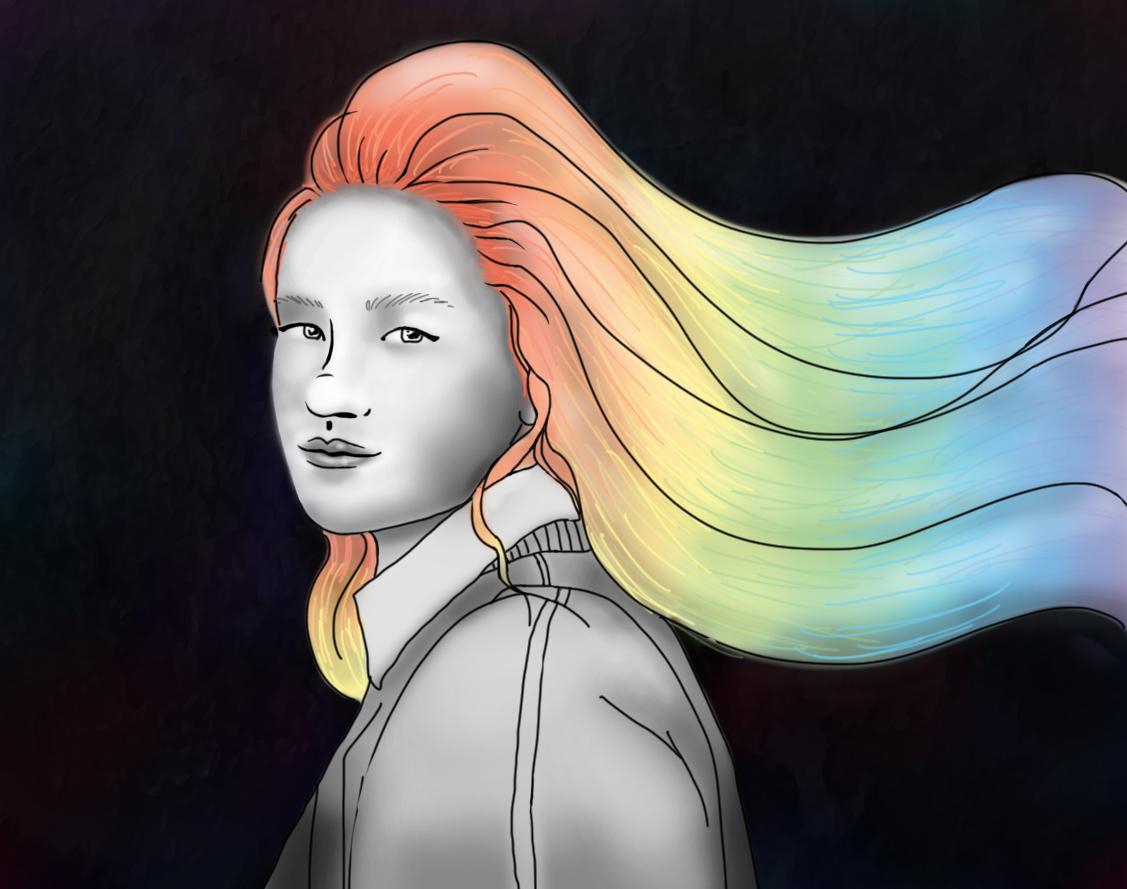 In the heart of the #Kent State University #music scene in 2016 was a young #LGBTQ+ artist by the name of Cassidy King. The 22-year-old from Chardon, Ohio began her musical journey during her freshman year. After releasing a viral video that took place in Koonce Hall via Twitter, her career took off.

King says, “The video did insanely well for me at the time, and I began to think, holy shit, people really like my voice.”

After gaining confidence from the success, King began recording in the basement of a colleague’s home. Since then, she has released numerous singles that have built up her reputation as a solo artist in a competitive industry, including “Professional Smiler” and “Wasted.”

King says that when it comes to music, you don’t always see growth until a certain point in your career. In the beginning, she was in a situation where people were telling her who she should be, and with so many differing opinions, she couldn’t figure out for herself what she truly wanted. She soon realized that she needed to make decisions for herself and has seen her music evolve into an edgy pop sound peppered with her own creative touches. such as donning loose, comfortable clothing and darkened music videos.

When asked how her music has changed, King says, “I laugh when I think about the music I used to make and how much I’ve grown, because my maturity and the way I articulate my feelings has completely altered.”

King says she is now at the point in her career where she has a clearer vision of her style and the route she is taking with her music.

“I really want my listeners to know me the same way that those I surround myself with know me, and I want people to understand that what they are getting is real,” she says.

King, being a member of the LGBTQ+ community, has faced many uphill battles when it comes to her sexuality and expresses this through her music. Her most recent single, “Safe Places”, was released on Thursday with much anticipation. The song is inspired by a woman who was not ready to commit to a same-sex relationship with King. The woman was dating her and a man simultaneously for two years.

King says, “The fascination I craved when chasing a straight girl ended up being a love that tore me apart because I could never fully have her. At first, I wanted to understand so badly, but I never wanted to force her to come out due to my own selfishness.”

She goes on to say, “I was patient, and I waited a long time until I realized I was waiting for nothing.”

Ultimately, King came to realize that this girl would only love her when it was convenient and safe for her. This is how “Safe Places” came to fruition.

Through her music, King provides a safe haven for LGBTQ+ listeners, allowing them to be able to relate to and understand her point of view. Based on her experiences with internalized homophobia and self-identity issues, King offers some advice to her audience.

“Whatever you went through or are going through is valid,” King says. “Be gentle with yourself and know how you feel. Everything will come to you when it is meant to, and I genuinely believe that.”