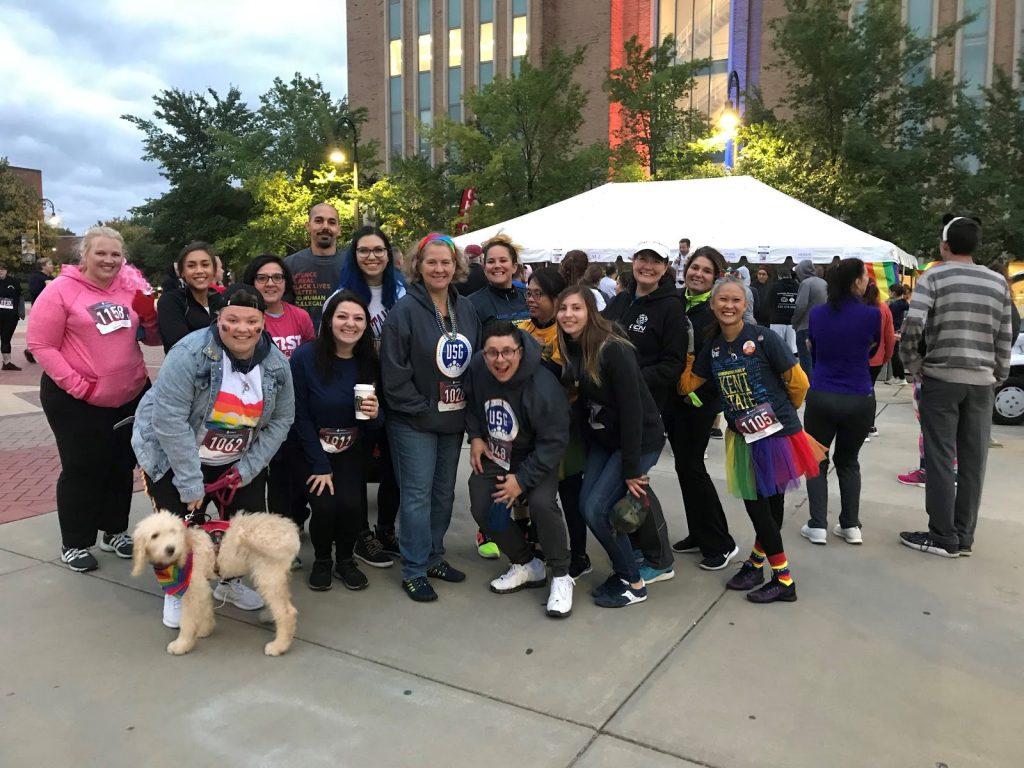 It was cold and windy, but runners bundled up to participate in the 4th annual Rainbow Run Friday Oct. 4.

The first Rainbow run had 55 people attend. This year, 175 people showed up to run. #Kent State campus faculty, staff, alumni and students, as well as a group of 36 people from the Geauga and Twinsburg regional campus.

“We support the cause because there are gay people at the regional campuses too,” says Mahli Mechenbier, a professor at Kent States Twinsburg campus. “It’s important to get the regional students involved in Kent campus activities.”

The run began after Ken Ditlevson thanked everyone who came to the 5k. He explained how this event supports the Emergency Fund for #LGBTQ+ students who are in a financial crisis. Ditlevson shared the story of a young student who was dropped off in front of the student center and told not to come home. With the emergency fund, the LGBTQ+ center was able to help the student get situated in the dorms with supplies. He told the crowd that thanks to their help, nine students in similar situations would be helped this next school year.

“I really like how Ken Ditlevson always gives student testimonies because it reminds us why we are here,” says Mechenbier.

The attendees were cold, but were willing to brave the weather to support a cause they believe in.

“Its always good to support the LGBTQ center. It made a huge impact on my time at kent state and it’s such a good cause to support,” says Jace McSwdin, an alumni of Kent State. 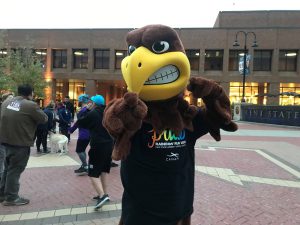 Besides helping the cause, many runners were thrilled to receive glow items, like light up tiaras and rings, along the trail.

“Getting the glow was so motivating. Every time I saw the glow stations I wanted to run faster,” says Ally Dillmann, a freshman architecture student.

The Rainbow Run was created by an intern at the LGBTQ+ center, Blake Kinsel, who worked for three semesters in 2015 and 2016. After doing research on what materials would be needed and what people would be needed to make the event a success, he was able to make his vision a reality.

“I love the fact that a student came up with the idea, that they pursued it, and that they made something happen that’s now a staple. This is something we will probably do forever,” says Ditlevson. “Individual students can make a difference, it just takes determination and persistence.”

Shanghai, China- Shanghai Pride has been a landmark tradition for the #LGBTQ+ community in China since 2009. In addition to celebrating LGBTQ+ pride, a…