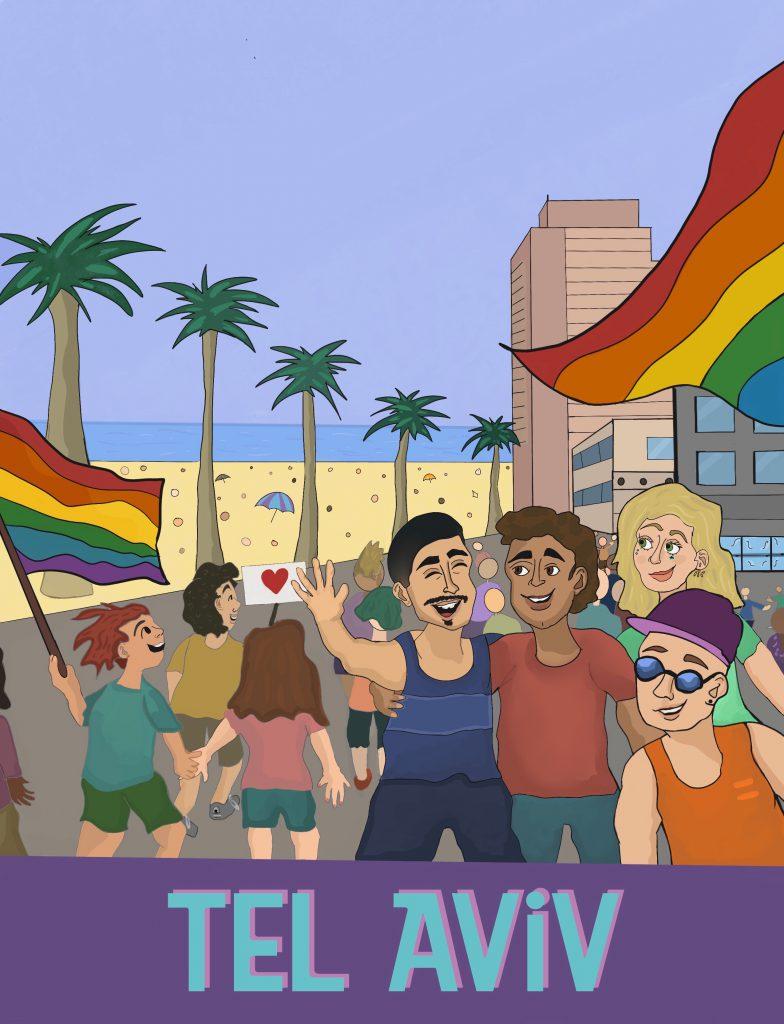 Tel Aviv, Israel-  Pride in Tel Aviv is known as the only official Pride event in the Middle East, and the city has been dubbed “The Gayest City in the World,” based on its liberating laws for #LGBTQ+ people and its open-minded culture. Pride takes place during the second week of Gay Pride Month, which is in June and begins on the second Friday.

Most of the festivities are held around the main streets in the city and towards Charles Clore Beach, where an estimated 250,000 people gather to enjoy live performances, bars and various other parties held around the area. Fourteen floats parade down the streets of Ben Tzion Boulevard to kick off the festival.

At its beginning in 1993, Tel Aviv Pride was a more politically motivated and protest-centered event than what it is today. Prior to 1992, LGBTQ+ discrimination was legal, and even after anti-discrimination laws were passed, there was still ongoing harassment and community backlash for several years. After further LGBTQ+ rights laws were implemented, Pride became more of a means of celebration and entertainment. LGBTQ+ rights that have been granted to citizens in Israel in the last 20 years include the right to legally change gender without surgery, serve in the military, access inclusive healthcare, run as a political candidate and adopt.

Editor’s Note: Tel Aviv Pride has received criticism that suggests it is a form of pinkwashing, or an attempt to “appear ‘gay-friendly’ … while masking aspects that are violent and undemocratic.”

For almost all of my life, I have identified as a straight woman.  Sexuality and gender have become a large progressive movement over recent…