Sunday marked the #Gay Community Endowment Fund’s 11th annual #Sugar Plum Tour. The Sugar Plum tour is the organization’s major fundraising event, which helps support the grants the #GCEF provides to Fusion and many other nonprofits in the greater #Akron area such as Akron’s LGBTU. This year’s awards total $26,900. 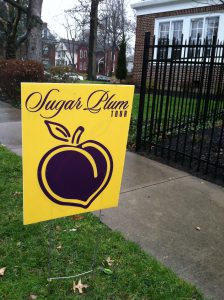 The tour is of five beautiful homes located throughout Akron that have been decked out in their holiday best. General admission tickets were $25, but people could pay more money and attend the Patron Party held at a sixth home. More than 700 people attended the tour this year.

The homes were fabulous to say the least. Here are some highlights of each.

This home was somewhat of a distance away from the other homes, but it was totally worth the drive. This house was actually two houses that shared the same wall and belonged to one family, the Brenner’s, from 1876-1995. One of the best features of this house were all the little sitting rooms. They were very warm and inviting and looked like a perfect reading spot on a rainy day. The other great feature of this house was the giant fireplace in the living room. The house is located across from the Wolf Creek Winery, so naturally, the views are amazing. Ms. Price is also a antique collector, and she had the house covered from the windows to the walls with all this cool vintage stuff. 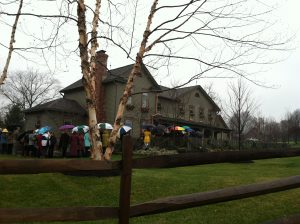 Front view of the first house. Notice the long line. 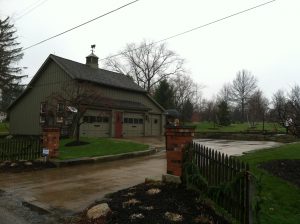 Garage of the first house. 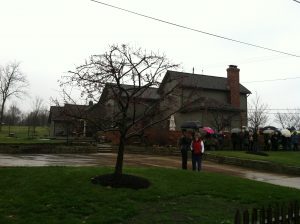 Side view of the first house.

The garage of this home was basically this classy ballroom with a built-in bar, an instant party central. If the garage didn’t satisfy your party space needs, the basement had tons of seating and another little bar area. There was also a spa in the basement. This house didn’t show off all of the rooms, but the master bedroom seemed like a nice place to relax after a long day of work. The colors were very soothing. There was also this awesome glass bathtub and a steam shower. Tour-goers also dubbed this house “the Marble mansion” because many of the floors, including the garage floors, were marble. 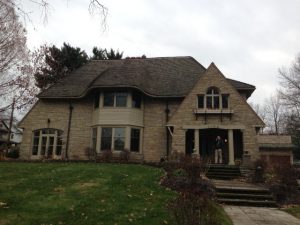 The front of the “marble mansion.”

The homeowners added an addition to their house, and do you know what they put in it? A hot tub. The closet in this house was insane. They basically converted a bedroom into this huge walk-in. The basement had a low ceiling, but the homeowners made it a perfect place to hang out and play games. Possibly one of the best things I’ve ever seen, this house had a “Runner’s Tree” in the basement. It had all these marathon numbers on it and a shoe posed at the top.

4. The Netzley Home on Nob Hill (This was my favorite)

When someone says, “I decorated my house with cheetah print carpet,” we usually question their decorating tastes. This house changed that idea. The main staircase had cheetah print carpet, and instead of it being tacky, it was a really cool accent to the room. At the top of the main staircase, there was this walkway/loft thing that looked out over the kitchen and living room, which added even more openness to the already open floor plan. The decorations in this house were these awesome trees Mrs. Netzley created. They were all sorts of colors and themes, and there aren’t really any words to describe how breathtaking they were. This house is located in the Nob Hill development, which was started by World War II veterans to meet postwar housing needs, and is named after the Nob Hill neighborhood in San Francisco. The original house that stood here burned to the ground. If you’re interested, this house is actually on the market. It’s yours for $570,000. 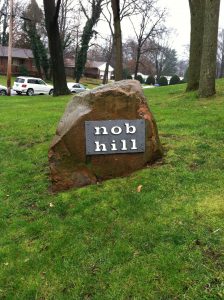 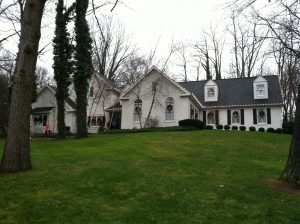 The front of house four. This house is huge, and the picture doesn’t serve it justice.

Mrs. Cauffield has lived in this house since she was five years old, and I can see why she never left! The kitchen has all this beautiful tiling consisting of white, yellows and blues and is very open. The tour took people through three floors of the house. The best room was the nursery. It was full of antiques furniture and other baby accessories such as clothes and framed alphabet pictures. One of the room acted as a playroom, which had antique toys in it. The garage of this house doubled as an outside living room, so to speak. It was the perfect set up for days when it was too nice to stay indoors but too hot to fully commit to going outside. The most interesting room of the house was the Tasha Tudor room, full of books and paintings by the author herself. There were two fruitcakes on the table, one for the guests on Christmas and one for the dolls, just as Tudor had done to celebrate the holidays. The best room of the house, and possibly the best room of the entire tour, was a vintage candy shop. 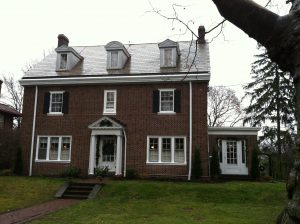 The front of house five.

If interested in attending the tour next year, check back to the Sugar Plum Tour’s website in November 2014!

(Editor’s note: There are more pictures of the tour coming! We’re waiting to get the pictures from the professional photographers who documented the tour for the GCEF. We’ll be making a photo album so you can see all the cool things we just told you about. All of these pictures were taken by Jackie Bergeron and Kelli Fitzpatrick.)

On September 10, 2016, The Wolstein Center in Cleveland, Ohio played host to All Access Cleveland, a musical event in support of abortion rights….