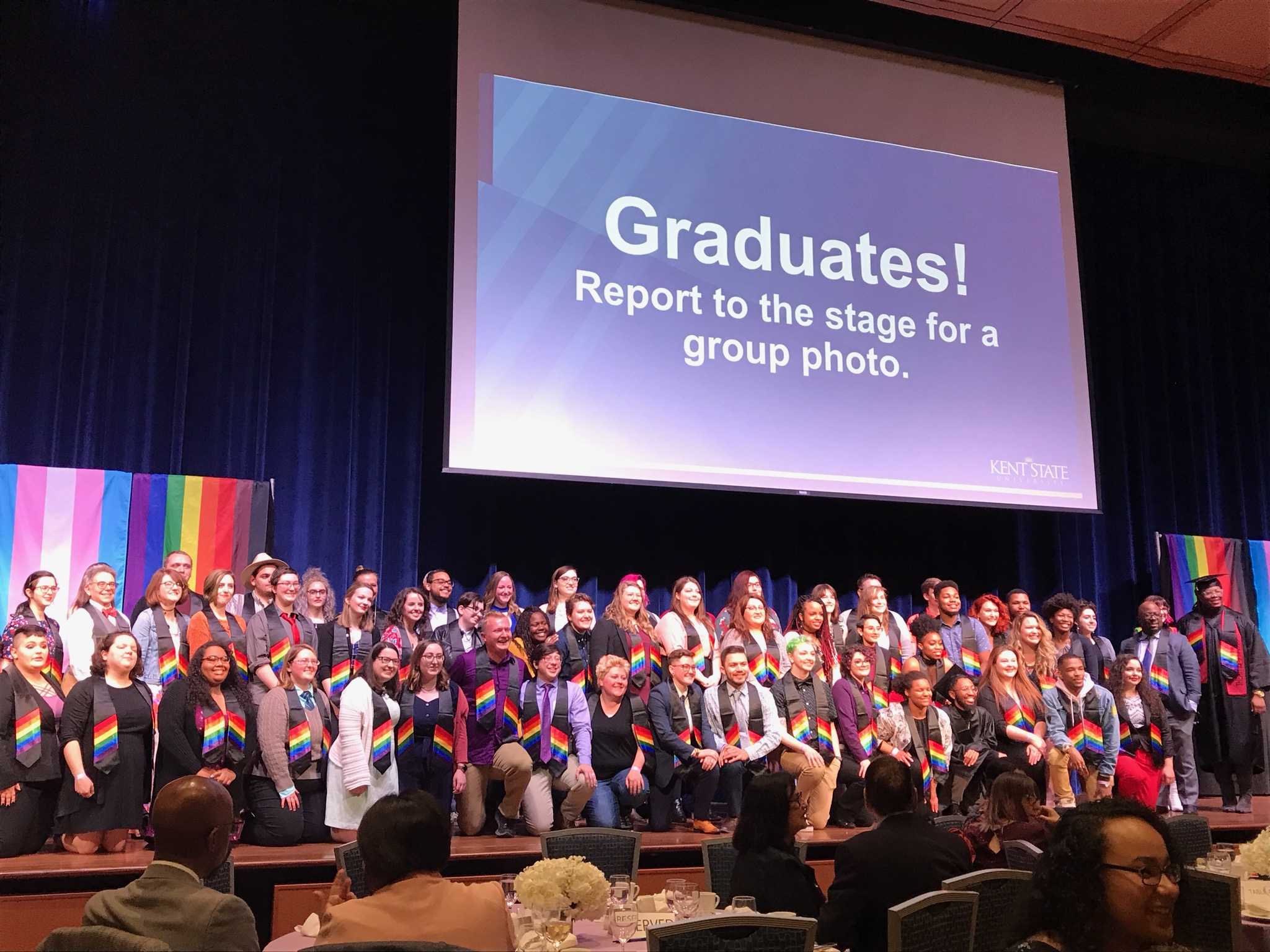 Although the annual #Lavender Graduation ceremony has been postponed due to the #COVID-19 pandemic, the #LGBTQ+ Center still plans to celebrate graduates.

“We’re heartbroken to not be able to have the ceremony,” says Ken Ditlevson, the director of the LGBTQ+ Center. “We’re going to celebrate our graduates for sure.”

The ceremony, which celebrates seniors who are in the LGBTQ+ community or allies, was set to take place on April 17. The ceremony has been postponed in accordance with #Kent State President Todd Diacon’s announcement that all commencement and pre-commencement ceremonies must be postponed, the LGBTQ+ Center said in its newsletter.

Kent State’s first Lavender Graduation ceremony was in 2013. The event has grown in size each year, and this year, it was expected to reach the capacity of the ballroom, which is around 400 people, Ditlevson says.

The LGBTQ+ Center is looking to postpone the event and do something virtually or through social media in the meantime, Ditlevson says. It is seeking students’ input on what platform they think makes the most sense. It is considering Zoom, Microsoft Teams and social media posts featuring short videos from graduates and scholarship and award recipients. The planning committee is welcoming participation from graduates who are interested and want to see something happen.

“I was really excited for Lav Grad because it felt like a combination of a journey for myself and for not just accepting, but also embracing my identity,” says Jacob Dudley, a senior applied conflict management major.  “Now that it’s gone, it just sucks.”

Coming out the summer before his freshman year, Dudley was still reserved and new to being open about his identity as being a member of the LGBTQ+ community. Throughout his time at Kent State, Dudley helped support the LGBTQ+ community by doing things like planning the first Rainbow Squirrel Festival last year.

“If you would have told me I’d be doing something like that my freshman year, I would have thought you were insane,” Dudley says.

Seniors want to be mad about their last semester abruptly ending, but they know this all makes sense, he says.

“During these times of a lot of chaos and uncertainty, now is the time for us to rally together as a community and work to fight this battle together, rather than letting it split us apart.”

One Kent State alum shared his disappointment in Lavender Graduation getting postponed.

“Many college seniors now won’t have the chance to experience what I experienced walking across the stage,” says Preston Mitchum, this year’s planned Lavender Graduation alumni keynote speaker who now works as an attorney, a director of policy for Unite for Reproductive and Gender Equality and an adjunct professor of law at Georgetown University Law Center. “Lavender graduation is such an important moment for LGBTQ students.”

One thing Mitchum is hoping the LGBTQ+ Center addresses is the intersection of LGBTQ+ identities and COVID-19. The LGBTQ+ Center is in a critical moment of figuring out what resources can be made available to students, he says.

“Part of what makes COVID-19 worrisome for LGBTQ people is we’re already burdened with many deaths, access to healthcare services and pre-existing conditions,” Mitchum says.

Hoping to be rescheduled as the alumni keynote speaker at Lavender Graduation, Mitchum wants students to know that he is there for them if they would like to reach out on social media.

“We’re in the midst of a public health crisis. Ultimately, this was the correct decision,” Mitchum says. “My heart goes out to the college seniors whose last couple months of college will not be what they experienced in their past four years.”