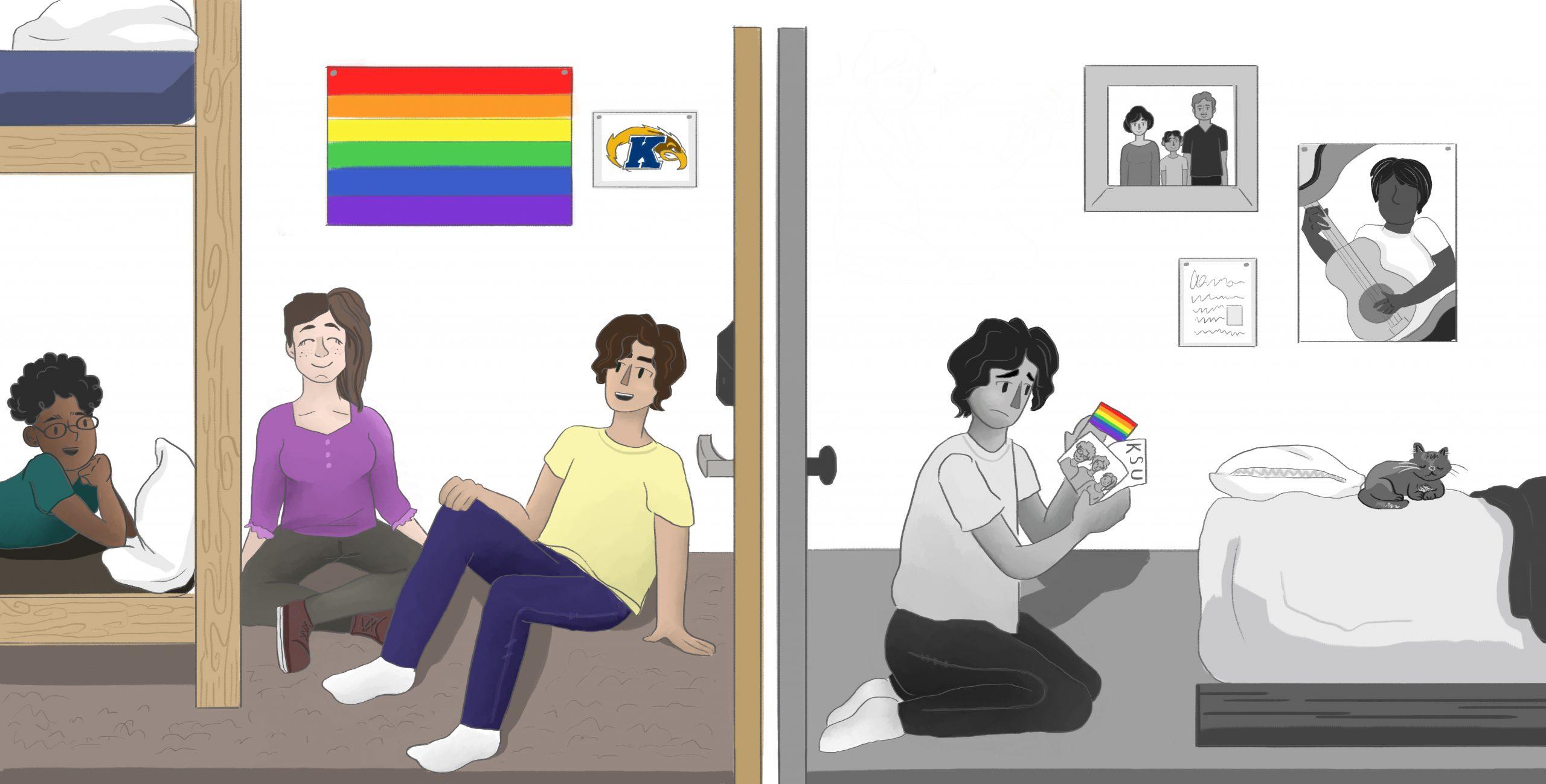 #Kent State students received an email on March 10 from President Todd Diacon about the cancellation of all in-person classes through April 12 due to the global spread of #COVID-19.

It was highly advised for students to move out of their dorms until further notice. However, as the virus began to spread within Cuyahoga County and several other counties in Ohio, Kent State decided to shut down for the remainder of the semester and move all classes online.

Students were originally ordered by President Diacon to be moved out of their dorms by March 30, and that quickly changed to March 20. If moved out by that date, students would receive partial refunds for their rooms and meal plans. For students who were not able to get home immediately, Kent State offered permission requests allowing them to stay on campus.

After receiving this information, students started leaving campus with all of their belongings as soon as an hour after the email.

Although many students were prepared to leave campus, some were stressed and upset with the changes.

Baley Jakob, a freshman education major who lived on campus, shares his experience leaving campus and moving back home.

“It is hard to leave during the middle of the semester, when I have already established my friends and I don’t have that at home,” he wrote in a message.

Kent State has a very welcoming environment for students who identify within the #LGBTQ+ community. However, for some students moving back home, this support does not remain the same.

Ken Ditlevson, director of the LGBTQ+ Center at Kent State, shares that the center is doing whatever it can to help students while away from campus.

“The big thing we have been focusing on is staying connected through social media and still hosting group meetings,” Ditlevson says.

Ditlevson says the center is still planning events for students to attend through online services. They host Nintendo Switch parties, which owners of the console can join to play games together. The center also hosts chats through group Google Hangouts calls every week to discuss different topics and to have a supportive connection with others.

“If there are people of neighboring communities that want to participate, we make sure they have the appropriate links,” Ditlevson says.

Ditlevson has noticed through calls that students have had their lives impacted in various ways.

“I heard some students say they were happy to be home and comfortable, and other students say, ‘My family is not supportive. I don’t want to go home,’” he says.

Abbey Gingrich, a sophomore music education major, shares her disappointment after hearing about the COVID-19 news. Gingrich identifies as bisexual, and although she is comfortable with telling people, she knows her family is not completely comfortable with her identification.

“All of my friends are on campus,” she says. “All of the people who support and share memories with me.”

Gingrich says it can be hard for college students to discuss their sexuality with family members, especially if they discovered that part of themselves while being in college.

“I know my family isn’t very comfortable with the idea of me being bisexual, and my younger sisters just don’t understand it,” Gingrich says.

The LGBTQ+ Center is helping students in need find financial aid through the LGBTQ Emergency Fund. The fund gives students money for essential items like food and household products.

President Barack Obama’s visit yesterday marked what many students are calling a “once in a lifetime experience.” Students of all majors, ages and values…