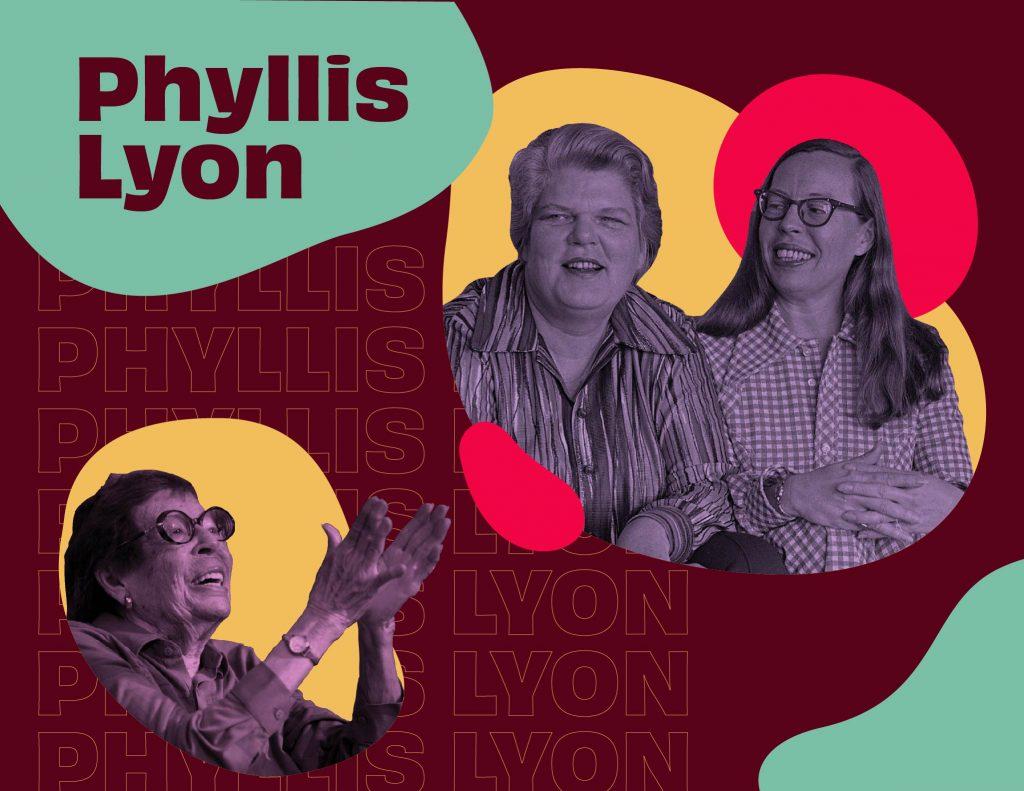 Lesbian activist Phyllis Lyon, who co-founded the first lesbian social group in the country, published the lesbian newsletter The Ladder and was part of the first same-sex marriage in California, died April 9 of natural causes, CNN reports. She was 95 years old. Her partner, Del Martin, died in 2008, according to the New York Times.

In 1955, Lyon and Martin wanted to create a safe, private place for lesbians to meet. They named it the Daughters of Bilitis after a character from the narrative love poem “The Songs of Bilitis” by Pierre Louÿs. Bilitis lived on the Isle of Lesbos with Sappho, a well-known lesbian poet. The members hoped that this name would make the group sound like an ordinary women’s lodge or a Greek poetry club. Despite the social taboos and legal restrictions against homosexuality at the time, its membership grew, and it even joined forces with other prominent #LGBTQ+ organizations at the time, like ONE, Inc. and the Mattachine Society.

A year later, Lyon and Martin also utilized their experience in journalism to start printing The Ladder.

“Until it ceased publication in 1972, The Ladder was the preeminent source of information for lesbians across the U.S., teaching them how to dress to avoid police arrest, encouraging them to accept themselves, and providing a positive message to counter the overwhelmingly negative coverage in the mainstream heterosexual media,” writes Malinda Lo for AfterEllen.

It also provided a female perspective to community publications. While the Mattachine Society and ONE, Inc. also published newsletters, they were male-dominated.

Lyon and Martin also worked towards lesbian inclusion in feminism and politics with the National Organization for Women and the Alice B. Toklas Democratic Club. Later in life, they advocated for senior citizens as delegates to the White House Conference on Aging, Martin’s obituary states.

Lyon and Martin were the first couple to marry in San Francisco when Mayor Gavin Newsom sanctioned same-sex weddings in 2004, the San Francisco Gate reports. The California Supreme Court later declared these partnerships legally invalid, but when the California Supreme Court ruled in favor of statewide marriage equality in 2008, they again participated in one of the first ceremonies.

The LGBTQ+ community has repeatedly honored them for their years of #activism. Their accolades include the American Civil Liberties Union of Northern California’s Earl Warren Civil Liberties Award, The Society for the Scientific Study of Sexuality’s Outstanding Public Service Award and grand marshal positions at Pride parades across the country.

After Lyon’s death, tributes rolled in from friends, activists and politicians.

“If the word icon ever meant anything it certainly applies to Phyllis Lyon,” Sen. Kamala Harris wrote in a Tweet. “Phyllis and her partner Del Martin were true pioneers in the fight for lesbian and LGBTQ+ rights. I’m honored to have called them my friends. Their contributions will never be forgotten.”

Buildings in San Francisco, including the San Francisco International Airport, were lit in rainbow colors in her honor. Her legacy will also live on through Lyon-Martin Health Services, a pioneer in compassionate healthcare for women and LGBTQ+ individuals that was named after the couple.

To learn more about Lyon’s life, activism and relationship with Martin, her papers are available for public view through the Online Archive of California.